I read Kenilworth, by Sir Walter Scott, when I was fifteen.  A typically wordy Sir Walter novel,  it weaves real historical events surrounding the reign of Queen Elizabeth I into Romantic-era narrative loosely based on those events.  I really can't believe I've lived forty-five minutes away from Kenilworth Castle for the last eleven years and never visited.

Until Saturday. It's one of the loveliest, cleanest ruins I've ever seen.  Sadly, it was "slighted" -made indefensible- after the English Civil War, so all buildings but the Elizabethan gatehouse are crumbling shells.

The kids had a great time.  They were only told off thrice.  Twice by members of staff, for 1) attempting to scale the ruin of a wall and 2) attempting to scale an apple tree.  The third reprimand came from a rather uptight member of the public who nearly had a purple-faced fit when Righty, on the spur of the moment in true boy fashion, picked an apple from that same tree and experimentally threw it.  I quietly and calmly explained to Righty his error while said person huffed away in indignation, saying; "That's not how one behaves in public!"

Fortunately this person did not put in another appearance, and all four children ended up having a jolly good afternoon.

It was a beautifully sunny day and I ended up with some wonderful photos. 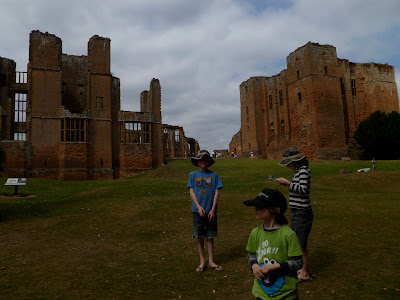 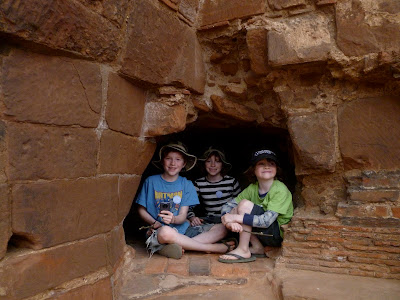 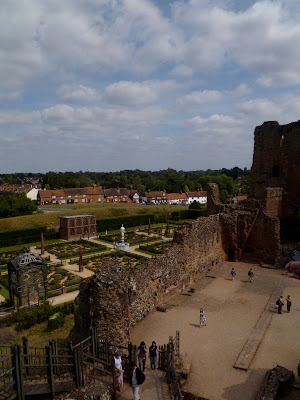 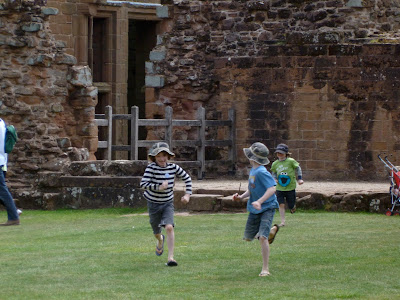 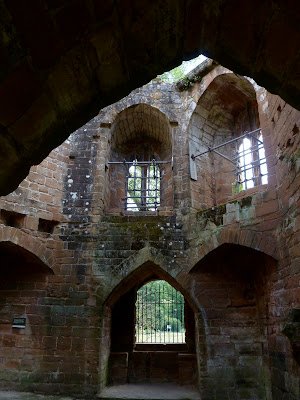 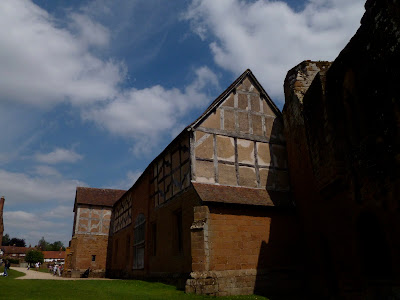 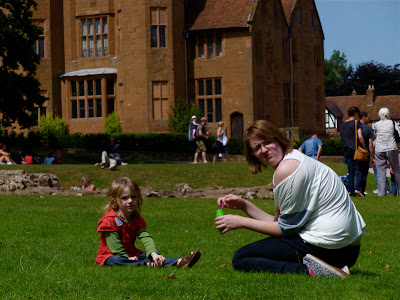 Coo and her buddy, Alice 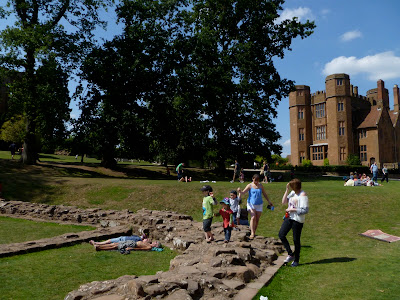 Intrepid elderly sunbathers... is this how one behaves in public? 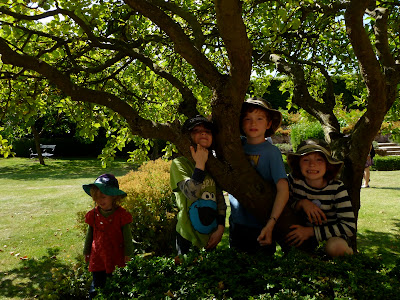 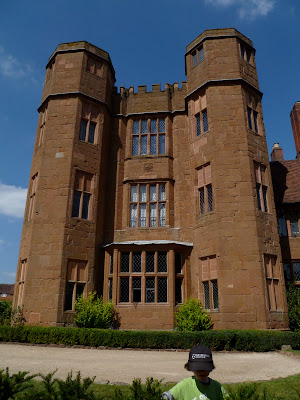 Mr J, in front of the gatehouse 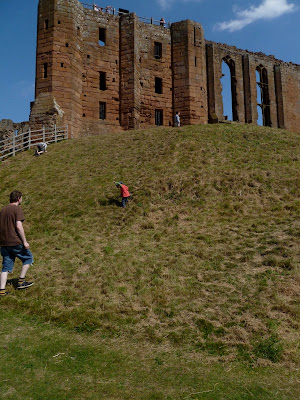 Coo decided to climb the hill all by herself Righty, Lefty, Mr J
They reached the top! [So did she eventually, with Daddy's assistance]