Happy Birthday to My California Grandpa

In the beginning, Coo was rather excited. 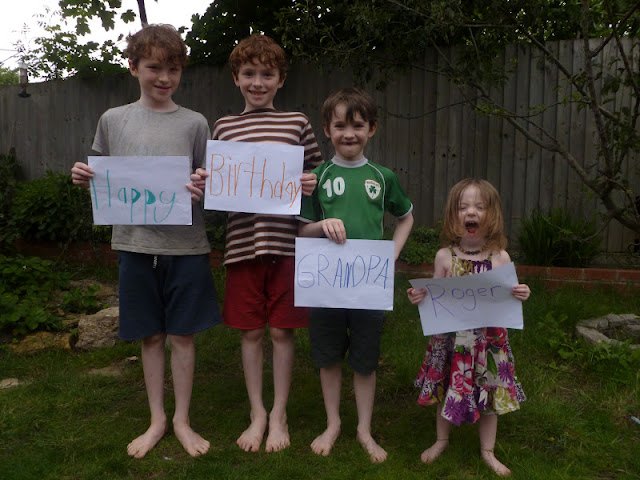 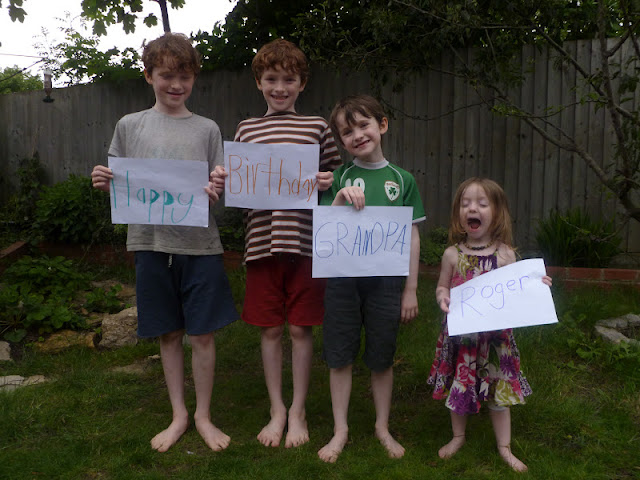 Finally she calmed down but Mr J decided it was his turn to be funny. 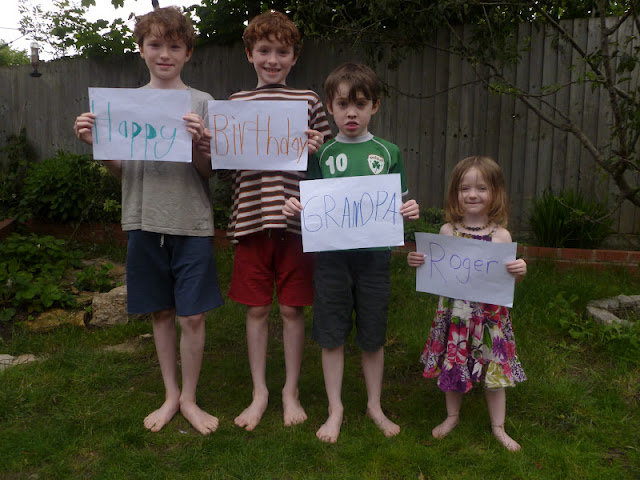 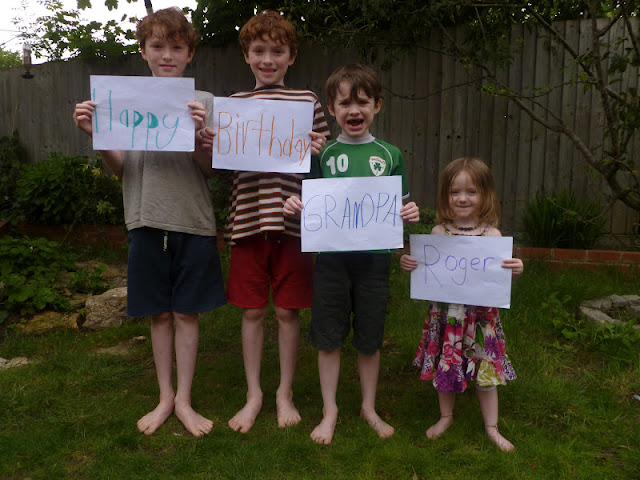 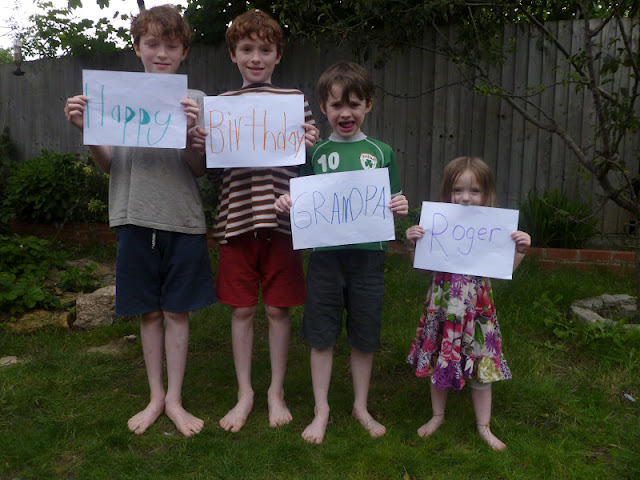 I much prefer these funny shots capturing their lively personalities over the "perfect photo"!

So yes, happy birthday to my Grandpa, my only remaining grandparent.  He is eighty-eight years old today, living all by himself in south-central California. What if... in another life I would have lived round the corner from him as a child, and spent time with him every day, asking millions of questions and chatting his ears off?

In real life, I have never lived near him. We have corresponded through letters ever since I was old enough to write, and in later years, over the phone. The times I've spent with him have always had that sanctified, guest-like quality that comes with visiting a faraway relative. Stacked in the corner of a drawerful of correspondence, I have a mammoth collection of letters from him, detailing his rich and full life.  Reading those letters, in which he writes and reminisces of days gone by, are like being caught up in a breathless whirlwind of activity and creativity and literary talent. He has written out extensive memoirs, which he wishes to be confined to family reading only. They are incredible. He has lived in an age of adventurous childhoods, World War II, constant nuclear threat, and iconic presidents.  Now that he has the time he writes and writes, to those of us whose generations follow his.

The "what-if's" in life will always push us into dissatisfaction and ungratefulness. I am so thankful that he did not live round the corner from me when I was a small child, in that other life.  If he had lived near all of us and was able to tell us his stories around the dinner table once or twice a week, I don't think he would have felt the need to write as much as he has in the last few years, documenting his life on paper.

In his own words: "I'm cleaning out my memory bank."

I'm happy he's chosen to share those memories of his eighty-eight years of living with us, his family.
Posted by Erin at 12:11 pm