Our friend Katie alerted us to a great Groupon deal last week: money off for a Civil War reenactment to be held at Tutbury Castle, in Burton-on-Trent.  The castle, a ruin, is set high on a hill, with beautiful farmland and rivers all around.  The land was gifted to a Norman lord by William the Conqueror, and in its long and varied history, the castle served as a prison for Mary, Queen of Scots. 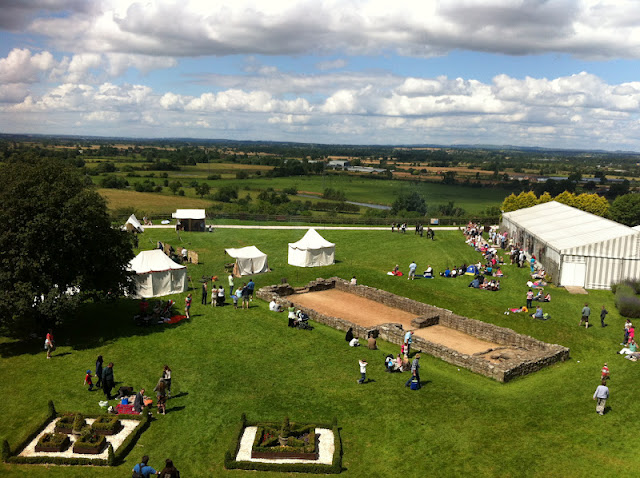 We arrived in the late morning, accompanied by friends Teresa and Steve, to noise.  Cannons roaring, muskets booming.  It wasn't continuous, but at least once or twice an hour throughout the day, live weapons demonstrations took place.  Coo was not impressed. During the first one, as we ate our picnic lunch, she burst into tears, threw herself into my lap, and sobbed; "I just want to be at home!" However, after many cuddles from Dan and I, and our advice about putting her hands over her ears whenever the guns went off, she learned to recognise the sound of the drummer signalling just before, and would clap her hands over her ears instantly to prepare!  She eventually grew brave, running around without us, playing both on her own and with her brothers. 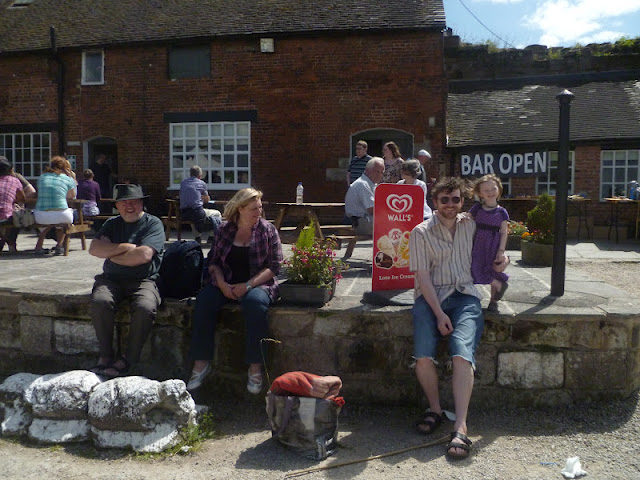 We enjoyed sun and ice cream after our picnic, and climbed up to the folly, on a hill within the castle grounds.  The earth behind the folly dropped sharply away to farmland below, the edge protected by a wooden fence. The open windows also had a high drop behind them, yet Coo, fearlessly, wanted to climb on them.  I had to let go of my own fear in order to allow her to experience this adventure, though in reality it was perfectly safe as I was holding onto her dress! 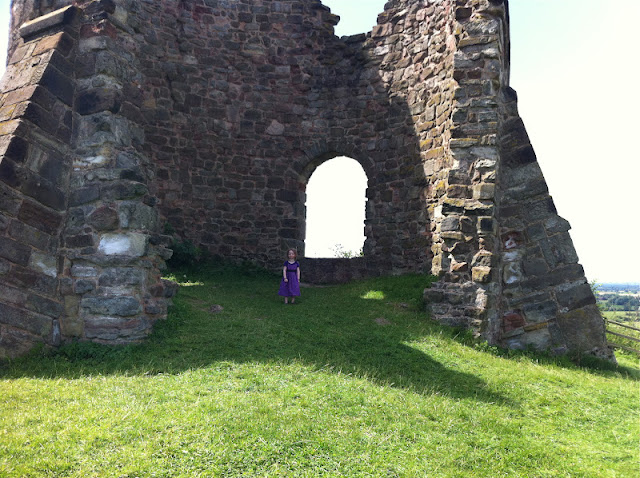 After I'd climbed up and down the steep hill several times, I lost my sense of nervousness and felt comfortable enough to sit at the top, right at the edge of the hillside, beside the three boys, while we watched the late afternoon battle. 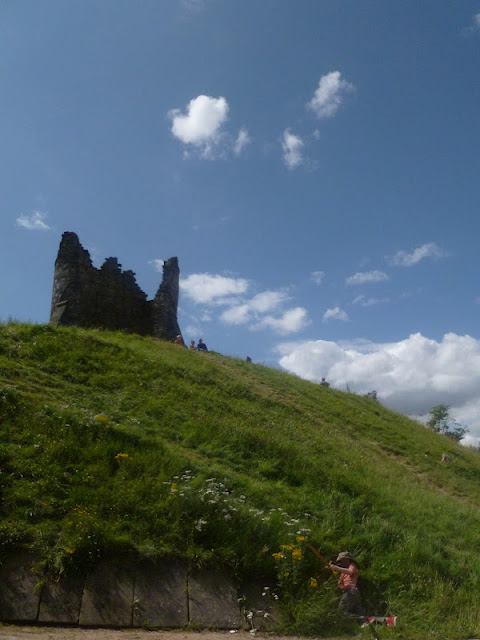 Lefty, Righty, and Mr J had a wonderful day.  They explored everything. For several hours in the afternoon, they shared the wooden swords they'd brought with a few other boys their age who were nearby. 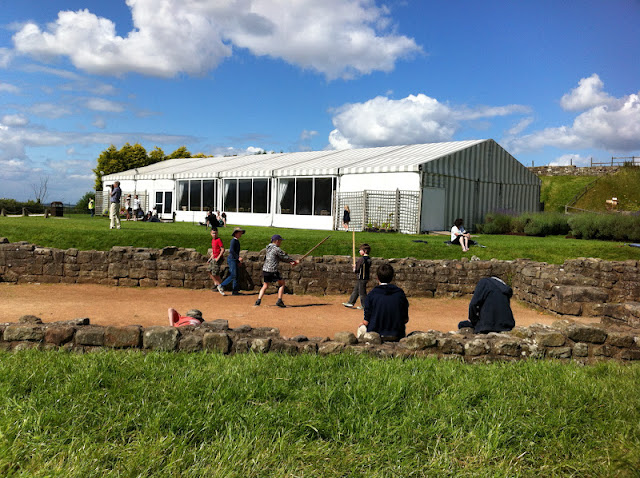 Eventually, together as a group, they organised a tournament of sorts, complete with points, referees, and heats.  I enjoyed seeing them work out this idea, initiated by the fact that they had only two swords to share between so many. 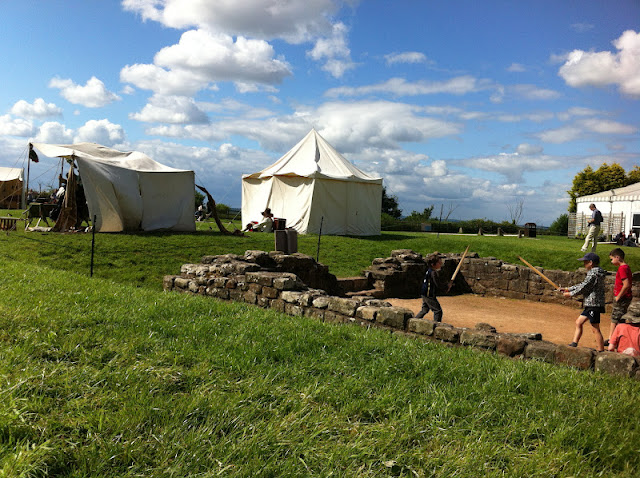 One of the boys trailed them for the rest of the afternoon and even followed our family out of the castle grounds when we left! 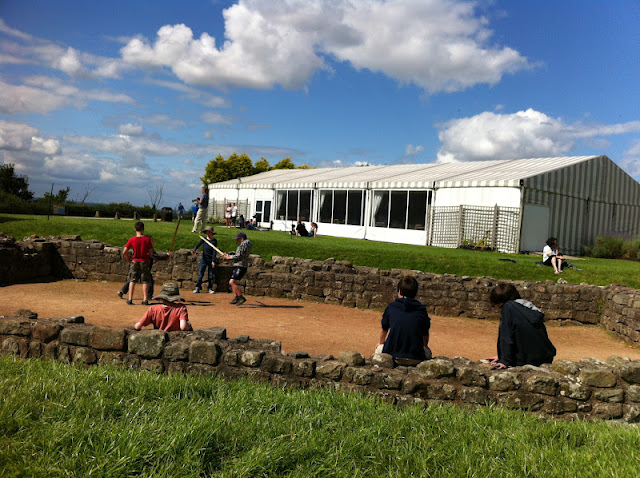 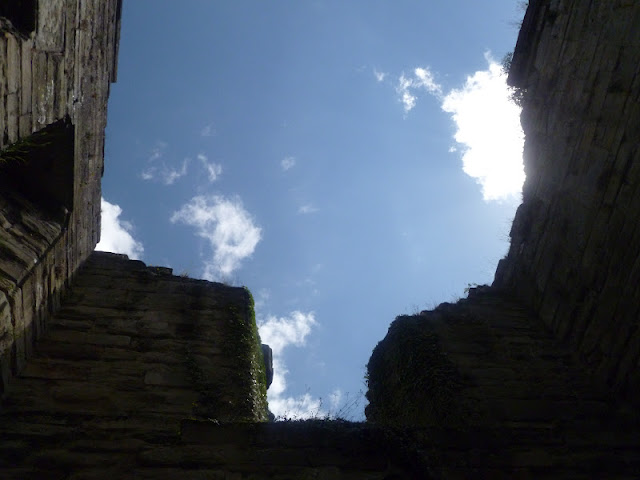 Back at home, we had tea together with our friends and Dan built a wonderful bonfire in the firepit.  When the coals were hot enough, we roasted marshmallows and ate them with chocolate-covered biscuits.  Yummy!

The single downside to the day was a lack of suncream, which has been made very apparent soon after our arrival home.  We all caught the sun in different ways and I've been using aloe vera juice to ease the mild sunburn that we experienced!
Posted by Erin at 11:30 pm