Romeo and Juliet at Coughton Court 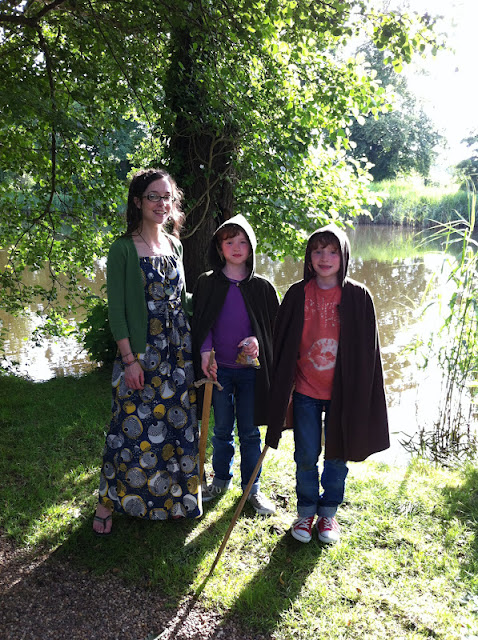 Our island is basking in pale sunshine again, drawing the precious rays towards itself as the earth slowly loses its rain-soaked squishing muddiness and becomes firm again. For this we are very thankful, especially tonight.  Dan and I, with Lefty and Righty, visited Coughton Court for a long-planned evening of Shakespeare, an outdoors evening.

Before the play began we were reminded, during an introduction, that if it rained we would get wet.

Thankfully, it did not. 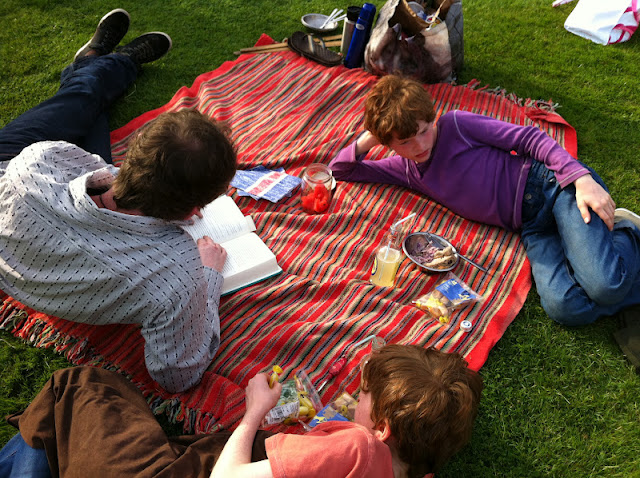 We sat on our fading woollen blanket and ate a picnic tea as the sun dropped towards the west. Dan read aloud to the boys while other spectators gathered and settled into the grass, most of them on chairs, some like us on blankets at the front. 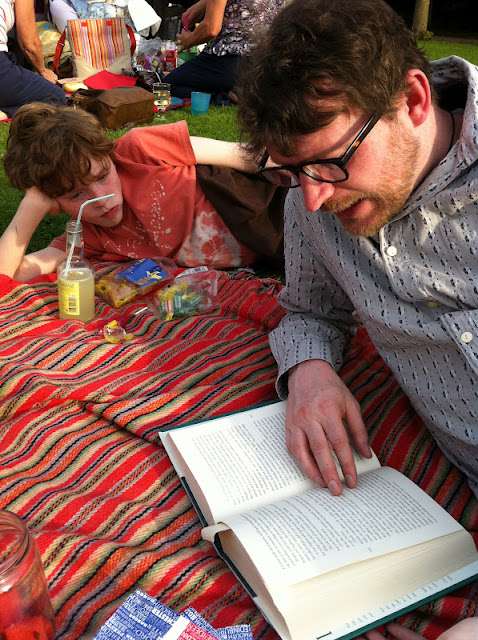 Then the waiting was over and it was time for the play to unfold in front of us.  Periodically, the bell in the church tower nearby would interrupt by tolling the hour, but it did nothing more than set the mood for the evening.

We saw Romeo and Juliet, performed traditionally and well.

Dan and I listened to the familiar lines, words of memory, flowing into the night air.  I knot-quilted a blanket with my grandmother, sitting on the floor of her living room, as the intonations of a dramatic reading of Romeo and Juliet came from her cassette player.

I observed Lefty and Righty, assimilating the age-old words for the first time.  They seemed to pick up remarkably quickly on the action and plot, in spite of the fact that I'm sure the Elizabethan turns of phrase must have been difficult for them to catch.  Every so often I whispered brief sentences in their ears to make the story clearer for them.

During the interval, we finished off our cookies and coffee and took toilet trips, while around us people poured tea from flasks into china cups.  An elderly woman wearing a red fleece came over to our picnic rug and quietly told the boys that she was very impressed to see them paying attention to the play and listening so well.

I could have told her that this is their way: the spoken word has always stilled them into silence, even when they were tiny wild things they sat down and became motionless as soon as stories were read aloud to them. But I didn't. I merely thanked her for encouraging them and we settled back onto our blanket as the second half of the play and its tragic ending wove a nighttime spell around us.

Afterwards, Dan and the boys went over to the actors' tent to say thank-you.  I stood off to the side near towering hedges, waiting for them in the darkness. Sometimes I forget to be effusive and hide in reservedness; but I was glad that Dan had modelled an attitude of thankfulness for our boys to learn to follow.

So, yes, Shakespeare.  Plenty of laughs in the midst of tragedy, and much fodder for conversation later. 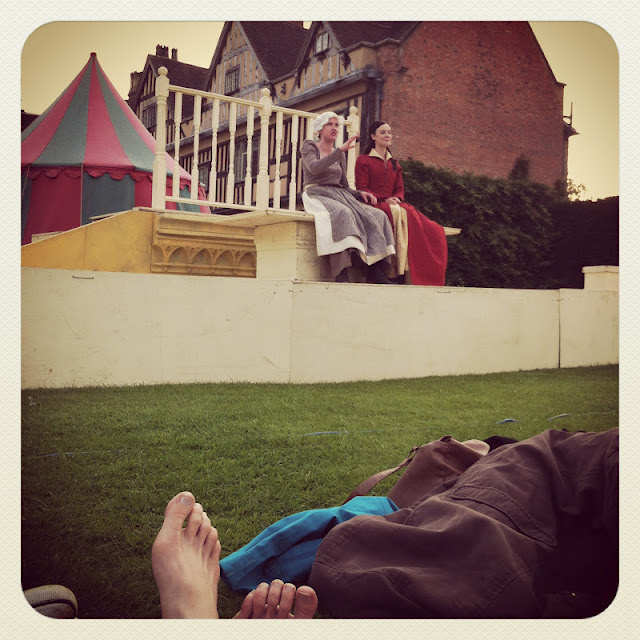 "Come, come with me and we will make short work;
For by your leaves you shall not stay alone,
Till holy church incorporate two in one." 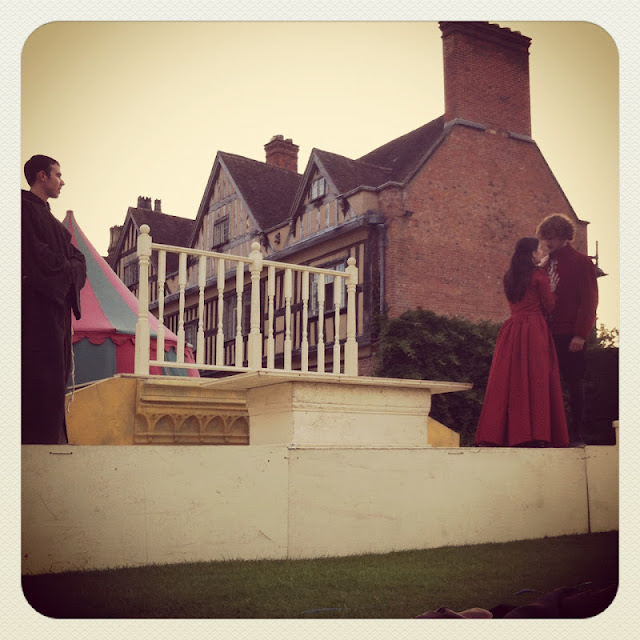 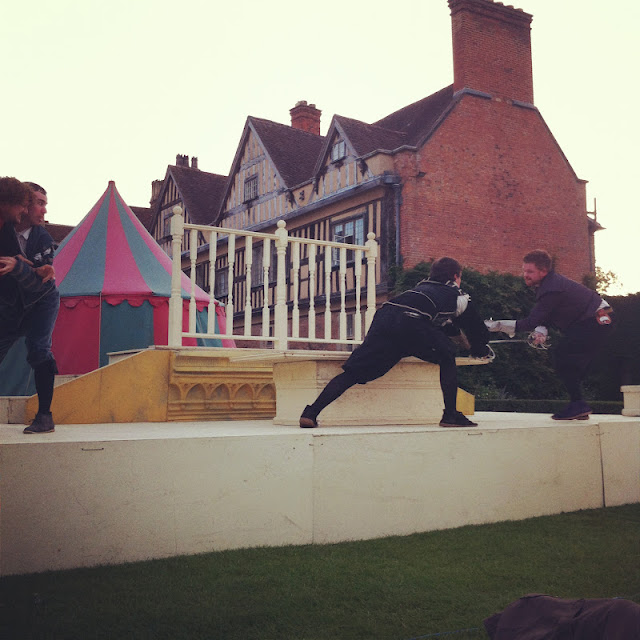 "O God, I have an ill-divining soul!
Methinks I see thee, now thou art below,
As one dead in the bottom of a tomb." 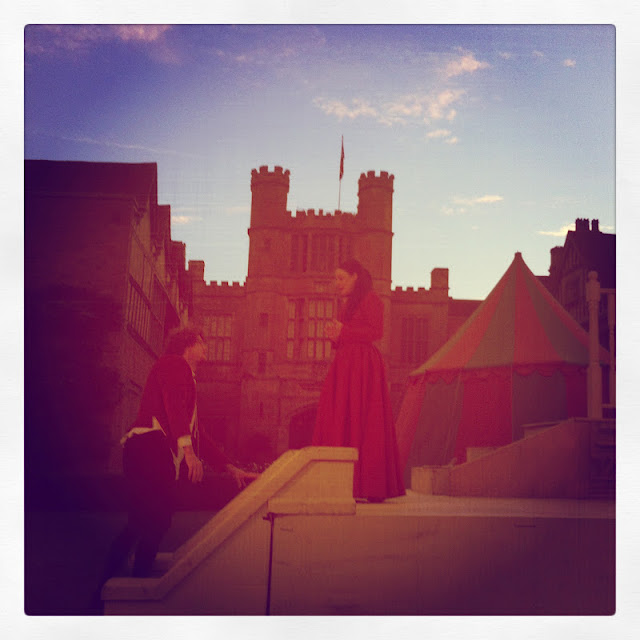 "For never was a story of more woe
Than this of Juliet and her Romeo." 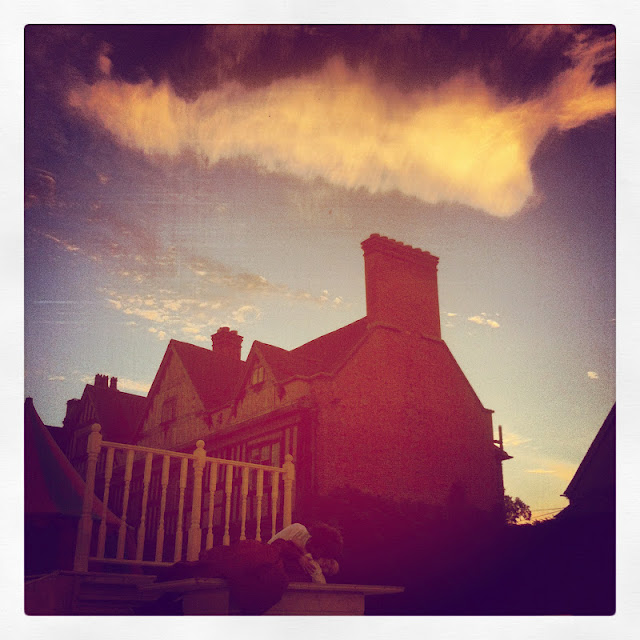