We started our adventure yesterday with a rather calm visit to Starbucks.  However, Dan decided to liven it up by paying the bill for the people behind us in the queue.  His inspiration came from the Kingdom Experiment, a book that a group of us are reading through together at the moment.  The response of the customer was fascinating.  He appeared confused and kept staring at us openly.  He was clearly trying to figure out whether he knew us or not!  Dan liked the idea that this was a fun way to pause someone's day and colour the ordinariness of their trip to the coffee shop, and perhaps inspire them to do the same in the future.  It's also a perfect example of connecting meaningfully with people you'll never see again.

Then it was off to Wightwick Manor in the cold, all of us thankful for the bright sunshine that kept spilling from behind the clouds to soften the chill in the air.

This was Grammy's first visit to Wightwick, and she thinks it might be her favourite place of all the National Trust houses we've visited.  It's comfortable and homely, beautifully and carefully designed, and feels like a home that you'd like to live in.

While the boys adventured outdoors, Grammy and Coo and I walked through the house together.  Coo's favourite room was the Day Nursery, where she played with a Noah's Ark toy and had a teddy bears' tea party.  We weren't allowed to take photographs inside Wightwick, due to the fact that it is full of pre-Raphaelite art and copyrighted William Morris designs, which is understandable but a real shame; I would love to be able to share photos of the unusual arts and crafts interior.

So the exterior will have to do! 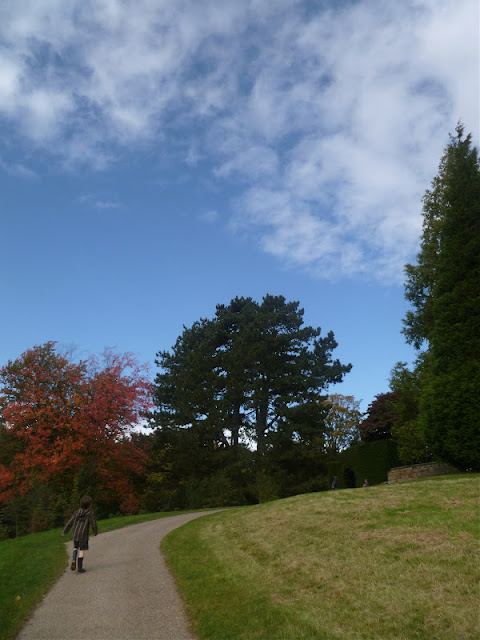 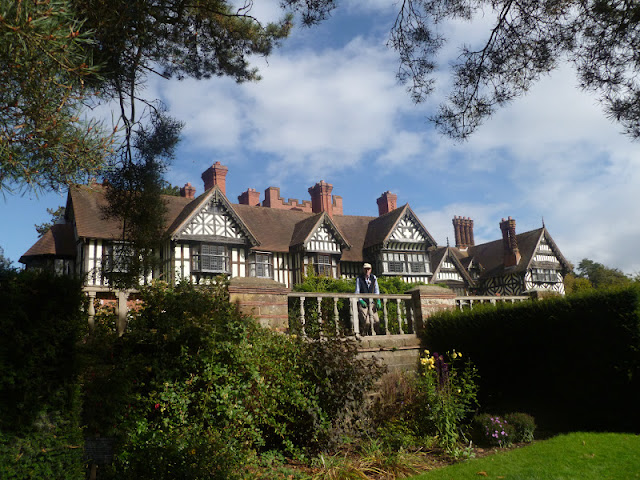 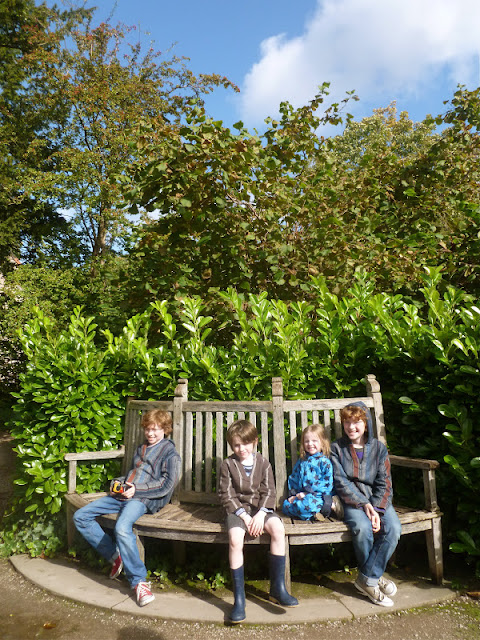 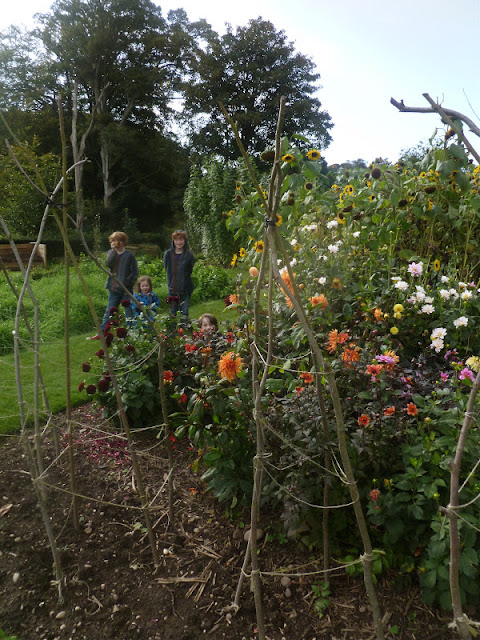 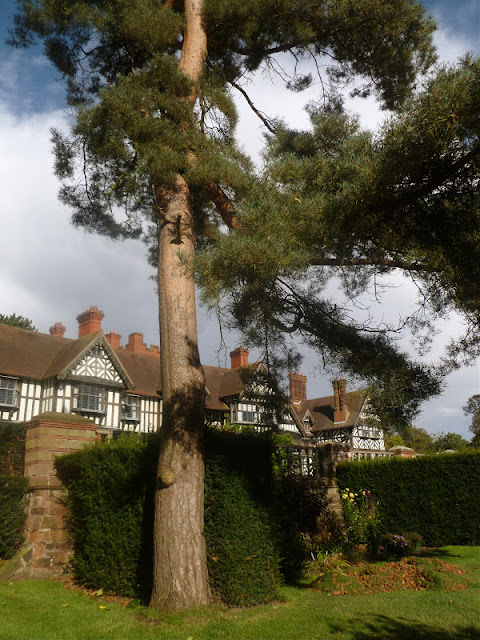 We drove to Herefordshire today to visit Croft Castle.  This is still the kids' favourite trip.  Upon arrival, we did the four-mile trek up the hill to visit the Iron Age hill fort at the top.  It was a huge grassy bank of earth similar to Figsbury Ring.  The difference here was the cliff edge.  Yes, Mr J stood beside it and did not lose his footing. 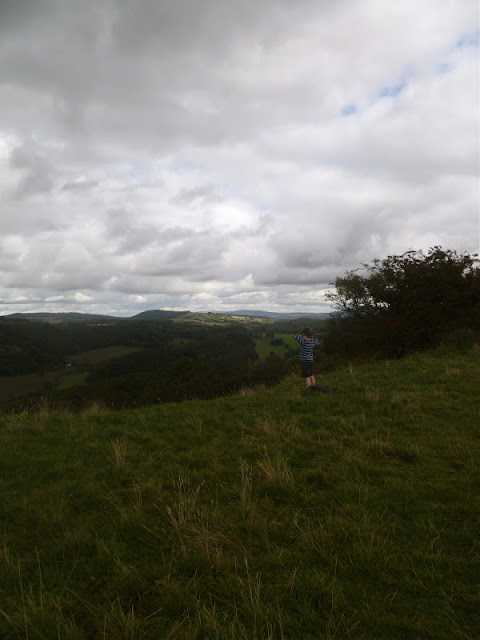 I have no idea how old this oak tree is, but ancient would be my first guess. 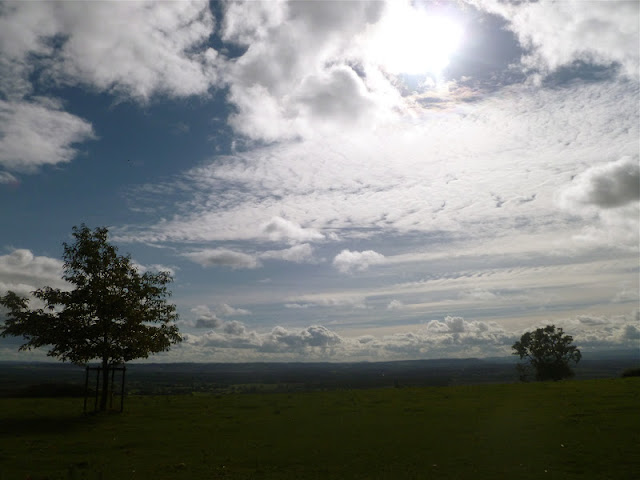 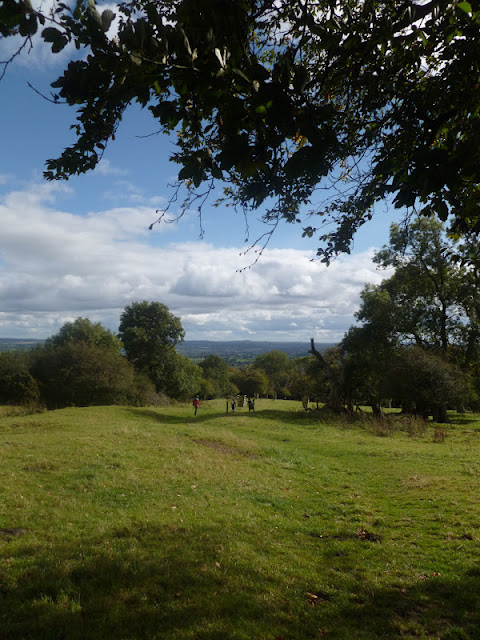 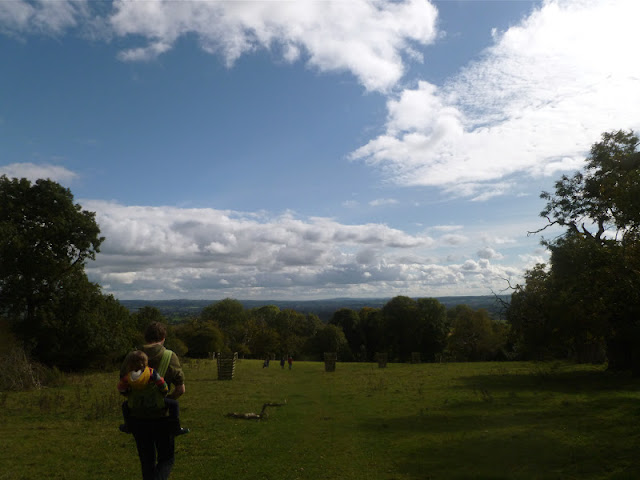 After the walk, we visited the castle and the kids had plenty of time at the play area, the one with the castle.  They love it and always anticipate re-visiting Croft for this very reason!

Our next stop was Berrington Hall.  They immediately found something to do with Grammy... climb inside a den! 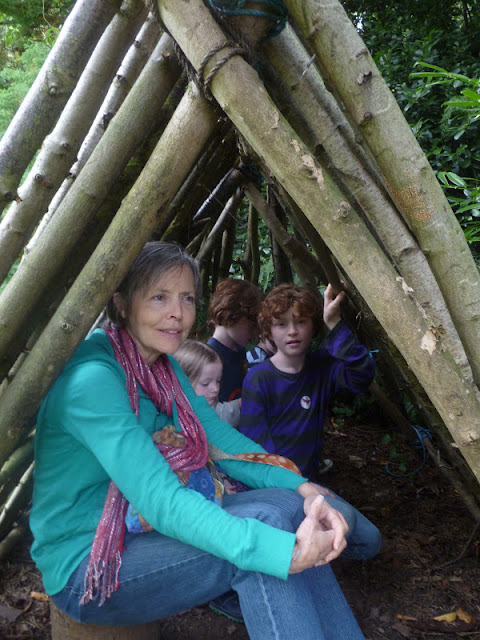 I still find it fascinating that people actually lived in these huge homes.  Berrington Hall is smaller than many but still enormous. 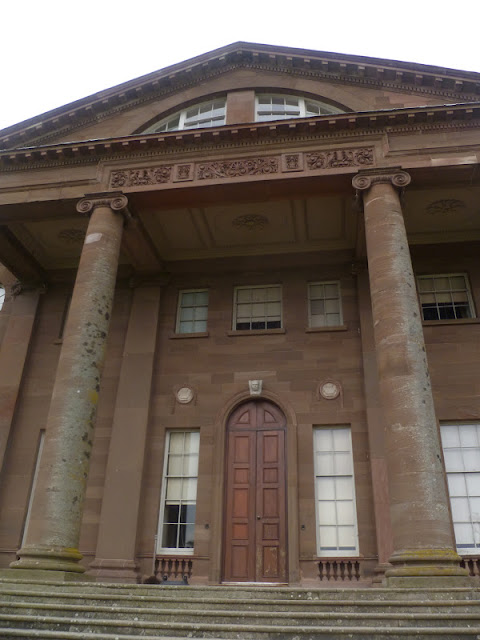 These three lads of mine climbed up here and posed right away.  There's quite a drop behind them.  I think this probably qualified as Mr J's second close call of the day, after his unconscious ramble along the cliff edge at Croft Ambrey. We were all very tired, but finished off the day by spending half an hour or so at the play area in a little woodland near the hall.  The boys and Dan enjoyed the climbing nets, while Coo and I went up and down the slide.  I think Grammy might have been worn out! 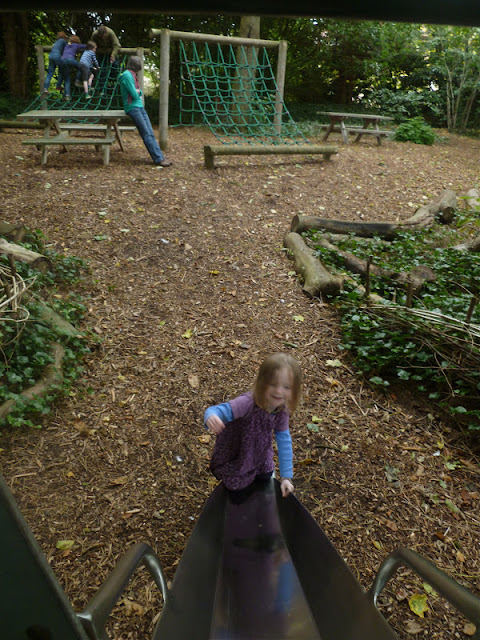 We have loved being able to share some of our favourite places with Grammy, and we're so thankful that she's been able to visit for a whole month.
Posted by Erin at 11:31 pm