Our last family day out of 2012 included Nanny and Grandad; with them, we went back to Stratford, where earlier this year we visited Mary Arden's farm and Anne Hathaway's cottage.  It was August then; the fields around these country sites were richly scented with lavender and other Elizabethan herbs, flowers were all at their best, and there were bouts of strong sunshine throughout the day. 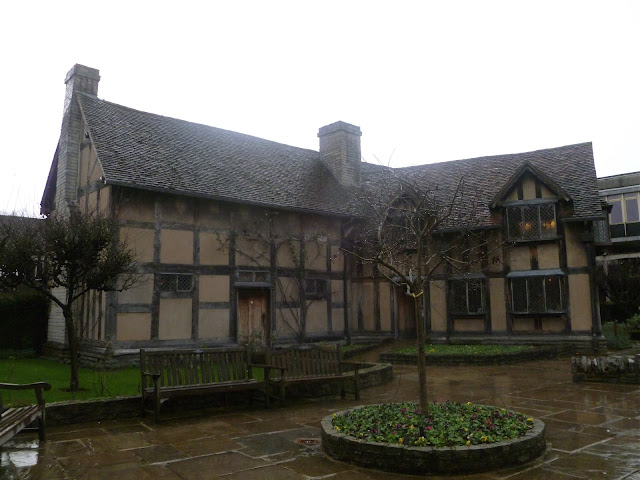 Today, however, was rainy. Water ran in rivers from the heavens, swirled around our feet, and swelled canals and rivers to depths beyond their usual height.  We took umbrellas, Coo wore her survival suit, and the boys stomped through the birthplace of England's greatest bard in their wellies.

Upstairs, we watched short renditions of scenes from Shakespeare's plays performed by RSC-trained actors. [I'm guessing they were students?]  They told the kids to choose a scene from any of the plays and they would perform it.  Of course, the boys chose Macbeth; they have a particular fascination with the mention of blood at the moment and Macbeth certainly is capable of fulfilling that!

We walked across uneven floors into the room where Shakespeare's mother gave birth to him.  Up until now I had been tiredly appreciating everything, sleepy still after days of not enough rest.  But a tone of condescension in the voice of the tour guide woke me up, as she described how "silly" the Elizabethans were during their home births.

"They thought their rooms needed to be dark and warm for birthing. So this room was blazing hot, dark, and poor Mrs Shakespeare was expected to sit here in this bed waiting for her baby, with all her friends crowded round, drinks in hand.  No wonder so many Elizabethans died in childbirth!"

Well, you already know my opinion on physiological childbirth, which she had just described in withering terms. Women are often described as having "died in childbirth" in Shakespeare's time. Though this was true for some, most were dying of puerperal fever after childbirth because of a lack of basic hygiene; not because they had given birth in a dark room with their friends supporting them through it!

Elizabethan childbirth fallacies aside, it was an enjoyable visit.  I particularly liked seeing the original windows of the Shakespeare birth room, scrawled with thousands of names of visitors to this home over the past four centuries.  They are now encased behind protective glass because the names they bear, many of them famous, classify them for artefact status!  See Isaac Watts' signature there on the lower left? 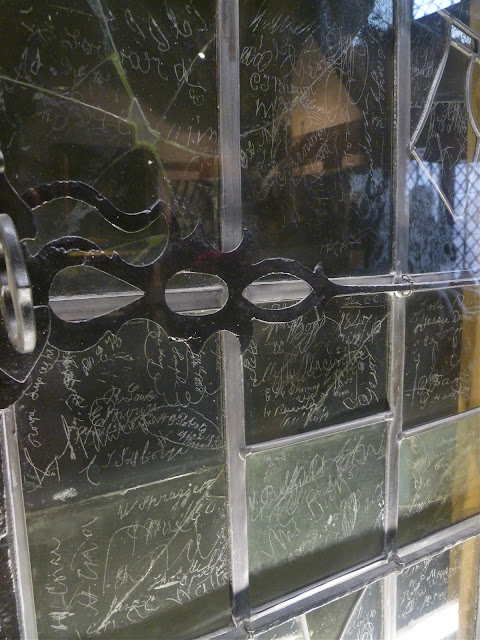 After our time in the house of Shakespeare's birth, we walked through a crowded post-Christmas Stratford and visited Nash's House. The boys completed an informative quiz about Elizabethan Christmases, using clues that were placed throughout the house. 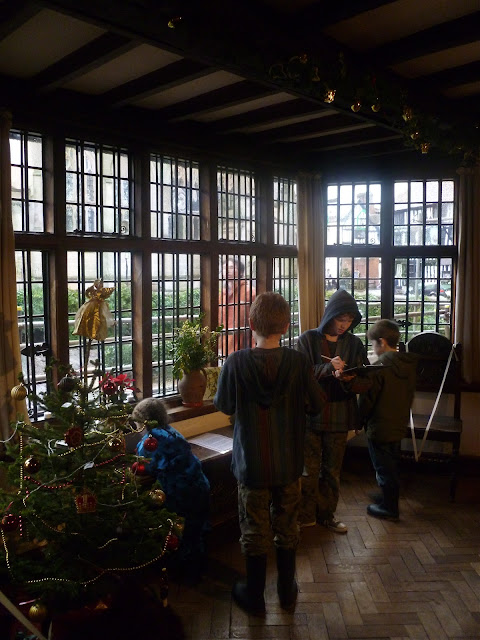 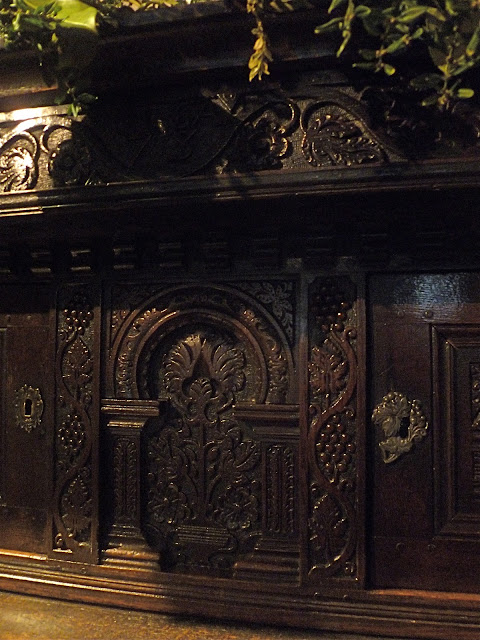 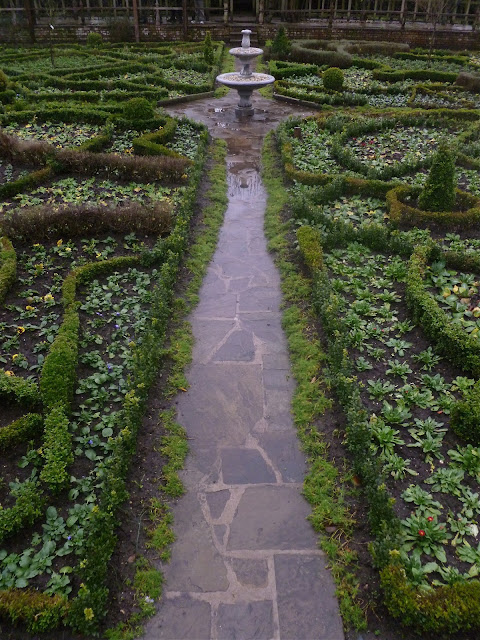 So, winter day out in Stratford-on-Avon?  Lovely, particularly for the history-loving boys and the adults.  For Coo, however, mud puddles were the highlight of her visit! 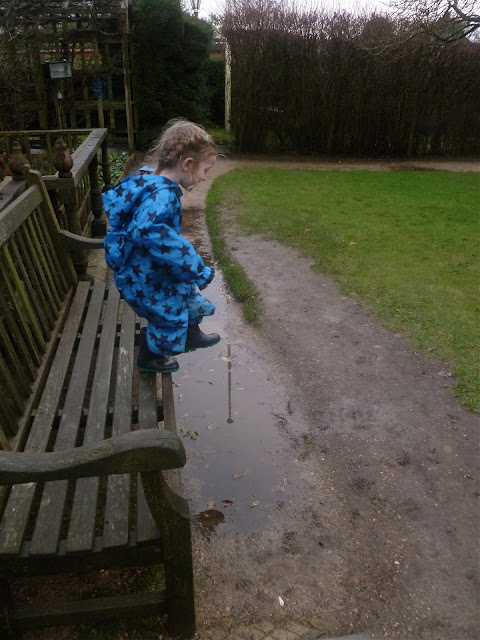 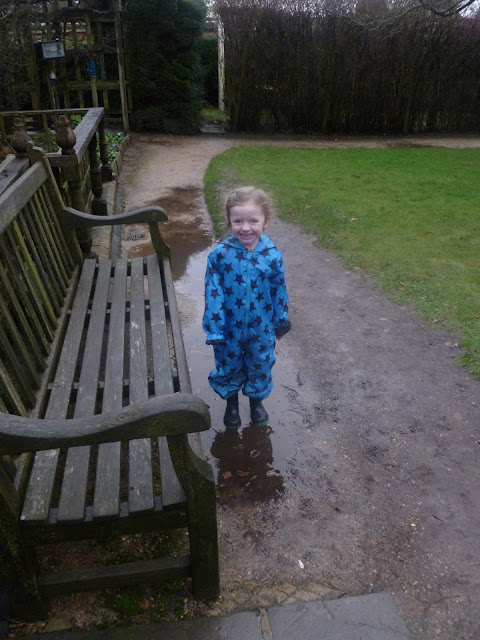