Whenever I embark on a new creative hobby, I don't usually remain enamoured with it forever.  After a few months or even a year, I abandon whatever I've started for a newer idea.

However, bunting seems to be the exception to the rule at the moment. My sewing bag is currently stuffed with bare triangle cut-outs, sewn flags waiting for strings, and stacks of folded fabric, chosen but uncut as yet.

These are the last three buntings I've made: one purchased by a friend, and two for gifts.  All three are reversible, so you'll see one side and then the other.  The Union Jack one is reversible but the sides are identical. 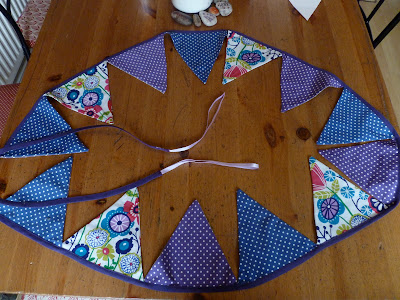 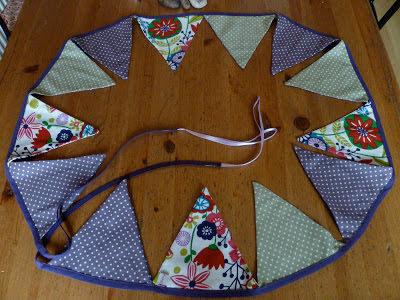 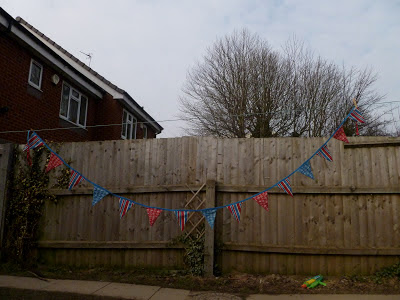 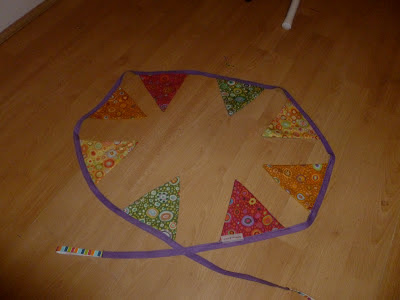 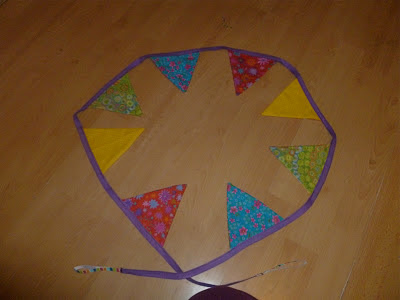 As much as I'm loving sewing these fabric treats, here's a hint at the possibility of a fast-approaching future obsession.

When I was in my teens, a favourite hobby was hand-sewing delicate Barbie doll costumes for my sisters' dolls. Ridiculously shaped as she is, Barbie is a perfect mannequin for creating intricate costumes. I'd pore over catalogues like Amazon Drygoods, copying their old-fashioned patterns into something daintily wearable for Barbie.

I haven't made Barbie doll clothes for years, but I remember well the feel of beautiful fabrics under my fingers as I hand-sewed them into period clothing reproductions. We took the kids to a Middle-Earth event last weekend, and Coo fell in love with the LOTR costumes she saw worn by the more dedicated fans.  The more elvish the ears and the longer the velvety skirts flowed to the floor the more she exclaimed.

And I began to think about costumes, and a little girl, almost like a real live doll, who would be ecstatic over them, much more than an unappreciative Barbie...
Posted by Erin at 5:06 pm