An inspired busker sat in our hallway yesterday, violin case open nearby in the hope that someone might throw in a few pennies.  [I did.]  He sawed away on his violin, giving little thought to the world around him.  Presently a young lady appeared and began to stir the coinage in his open violin case.  He was defensive until he realised she was only trying to organise it for him. 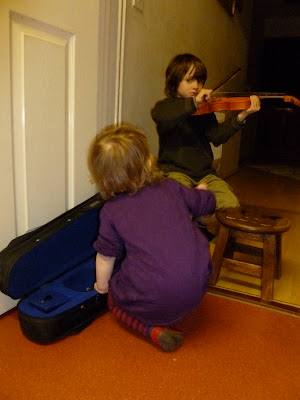 She joined him for a while. 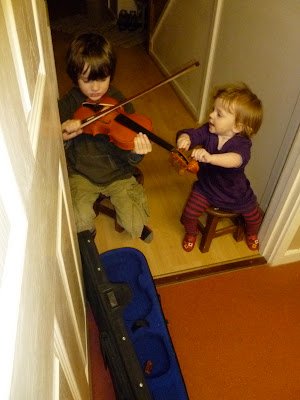 Then he found himself alone again. 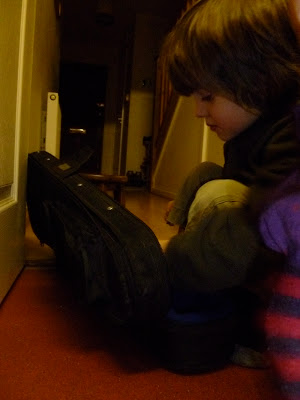 But he began to become exceedingly hungry.  So he put away his violin, closed the case, and returned home for his tea.
His inspiration?  The Violin Man, of course. 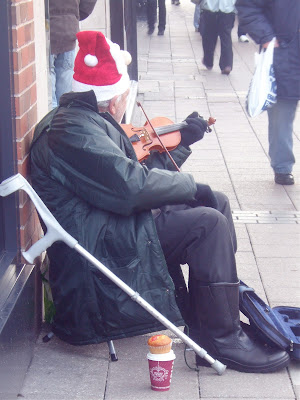