Morning traffic and roadworks meant that we arrived in York rather later than we had anticipated, around noon.  We munched peanut butter and cranberry sauce on sourdough rye bread sandwiches [surprisingly good] and walked to Jorvik, a museum showcasing excavations of the 1,000-year-old Viking settlement in post-Roman York.  This was quite a child-friendly place, but like any other museum trip with our kids, we found ourselves moving quite quickly, interrupted often by toilet visits.  I prefer to read and examine everything slowly, absorbing the history, but that wasn't possible.  However, we will go back again soon, as Jorvik have employed the advantageous technique that others seem to have adopted more recently of promising unlimited free visits for twelve months after your initial ticket purchase.  [we experienced this when visiting CAT, in Wales, and have already returned there once]

Leaving Jorvik, we moved on.  Dan took all three boys, along with my dad and brother, for a run around outside York Minster, one of the largest Gothic cathedrals in Northern Europe. 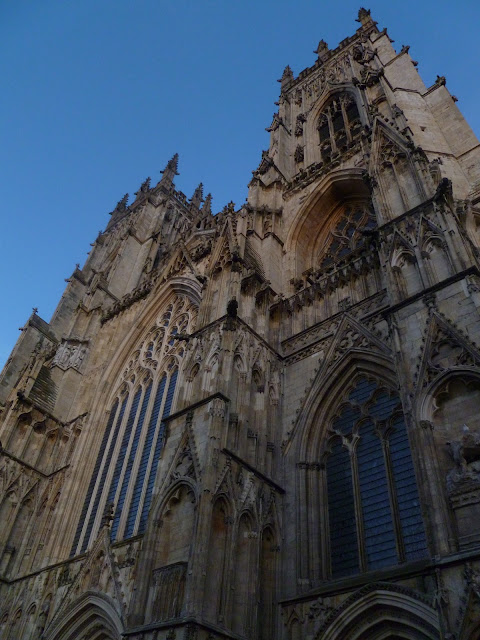 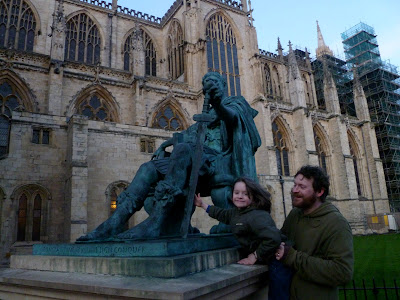 My mother and I enjoyed a serendipitous few hours in a quilting museum.  Sleeping Coo cuddled in her sling, missing most of our visit, but woke up as we walked around in the public garden outside the museum.  Fading sunshine shone in the late afternoon sky, ending an earlier cold rain, and the shrubs and paths were cheerfully rain-drenched. We remembered Grandmother, who was an avid quilter.  She loved York's historically beautiful city and cathedral when she visited England in the 1970's.  We tucked some of her ashes away into the bark layers beside a wintering plant, in the gentle shadow of the wall that surrounds much of the oldest part of the city.

Dark crept up quickly, but a St Nicholas fayre was taking place in the town centre.  The extra illumination and noise, adding to the other fairy light decorations scattered around for Christmas, cheered up the typical chill darkness of a short, northern day. [Yorkshire is around the same latitude as southern Alaska!]

We walked through the crowds to dinner and ate Italian food together in a warm upstairs room with a window at the end of our table looking out onto a square brightening by the twinkling fairy lights.  Our friend Katie, who studies at the University of York, joined us. Lefty, Righty, Mr J and Coo finished with social niceties quite early on and spent most of the meal climbing on us adults, rolling around under the table, and going to the toilet.  Looking back on all of it, I am thankful for the cosy, tired fun. 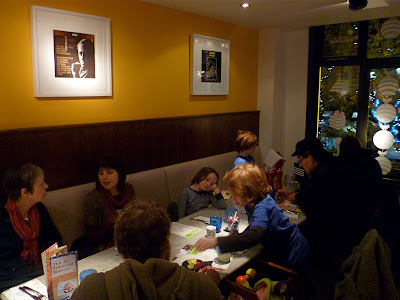 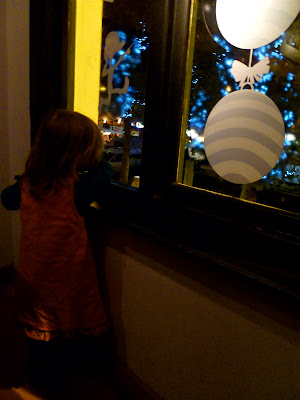 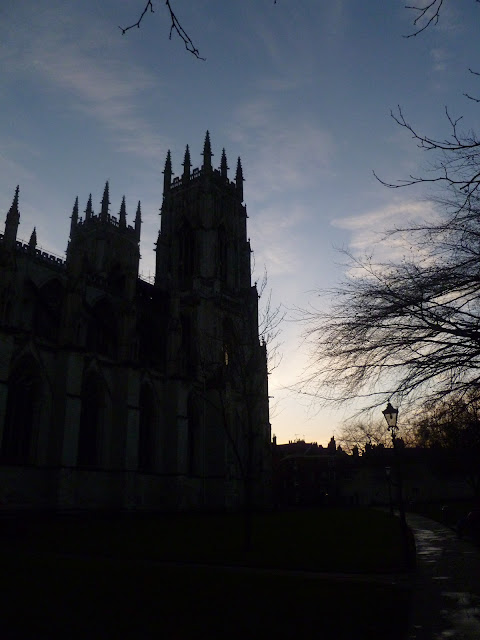