I'll let the photos tell my thankful story for our last few days.
First: this is a yummy and much-needed jar of beetroot, carrot, and apple juice, a 4am prelude to setting out on a journey to an early-morning appointment in London.  Thankful for the result of our trip: successful passport renewal, quality time spent with our two youngest children, a few hours with a friend, and safe travelling. 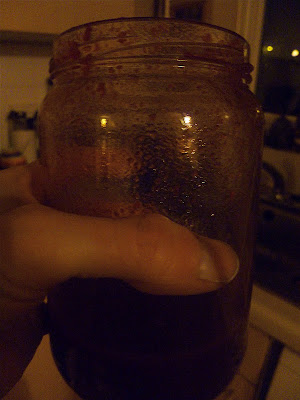 Thankful for our long-awaited snow, and for these intrepid little adventurers.  He ended up opting for the warm indoors long before her.  She stood alone outdoors, sobbing over his departure and refusing to be comforted, until someone mentioned the magic words... hot chocolate. 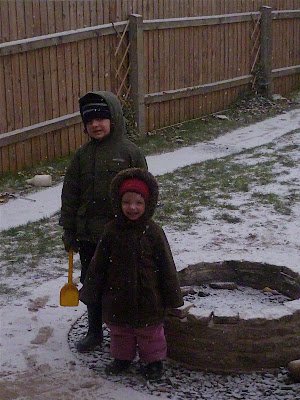 Thankful that the snow deepened to four inches, allowing Lefty and Righty to craft their own snowmen.  The thaw arrived less than twenty-four hours later. In the meantime, the Boys spent much of their waking moments outdoors happily enjoying the snow. 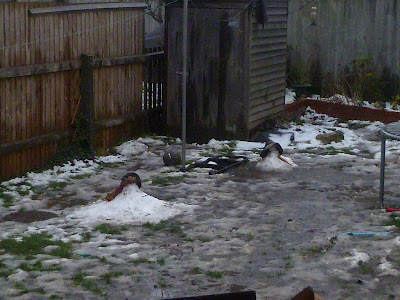 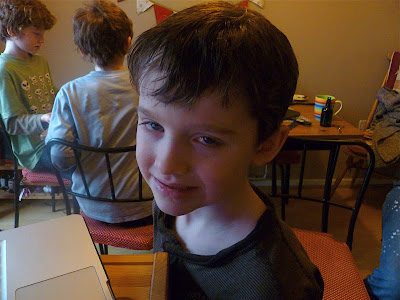 Today was Mr J's long-awaited haircut day.  Thanks to our patient friend and neighbour, Beckie, we now know that Mr J does indeed possess a pair of ears like the rest of us. 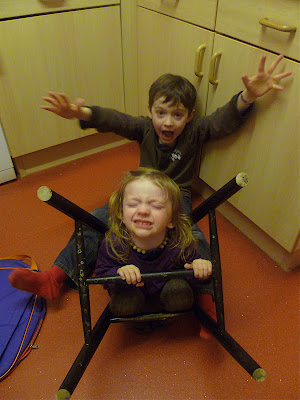 Finally, I'm thankful that our first foray into the world of eating 100% raw has initially been a success.  Dan is the only one of us actually "going raw" - this is a thirty-day detox he's been planning for quite some time.  So far, we eat breakfast together: soaked dried fruit and oats, with chopped nuts and apples added. The kids have rice milk over this; Dan and I have either fresh almond milk, pumpkin seed milk, or oat yoghurt.  Dan takes away salad, fresh fruit, and avocados or raw hummus for lunch.  Then, for tea together as a family, he eats what we eat, before it's cooked.  For instance, we had chickpea curry for tea; so for Dan, I set aside chopped onions, garlic, spices, fresh ginger, olive oil, lemon juice, and fresh coriander and later stirred them into a bowl of sprouted chickpeas, chopped cauliflower, tomatoes, and mushrooms.  He ate this with spinach salad.  Mmmm... if it wasn't so cold I'd be making the same for all of us!  Our foodies, Lefty and Righty, have already been asking to "eat what Daddy's having." 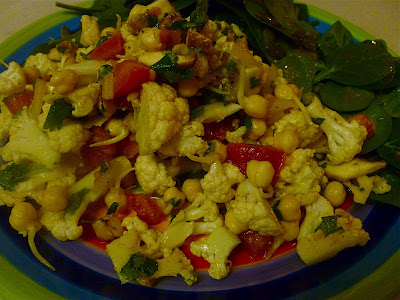 "I would maintain that thanks are the highest form of thought,
and that gratitude is happiness doubled by wonder."
-G K Chesterton
Posted by Erin at 7:24 pm