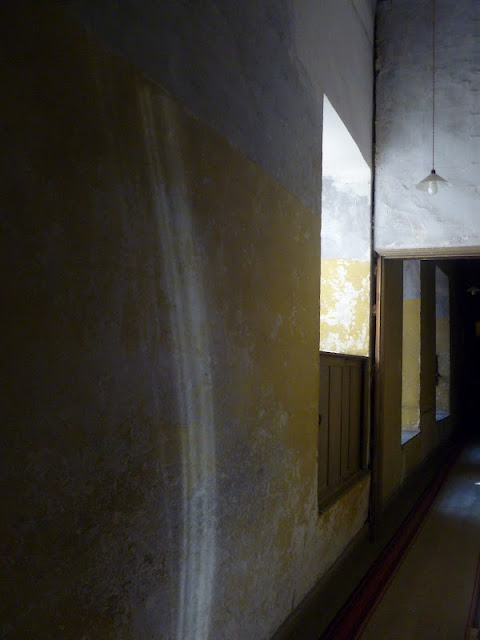 Original 19th-century lime wash on the walls of a passageway

On Monday, we spent the day at Calke Abbey, which the National Trust describes as an example of a country house in decline. The downfall of these English estates can be traced back to the 1894 introduction of "death duties", imposed upon the family and/or heir after the death of the previous owner. These taxes succeeded in the eventual desertion of many of these huge houses unless another use could be found for them. After the second World War, a great number of country homes belonging to the English upper-middle class and nobility were demolished. Many had been used for military purposes during the war, and the cost of their upkeep was enormous, particularly painful in poor post-war Britain.

Calke Abbey, the home of the Harpur-Crewe family since the 1620's, remained relatively untouched by the war. It was hardly used by the military because of its lack of electricity [which was not installed until 1962], and as the years passed and weighed heavily on the building, whole sections of the house were closed off, piled with the cluttered remnants of furniture and possessions from other eras.

The National Trust gained the house and grounds in 1985, after the death of the owner, whose family could not afford to pay the Treasury an £8 million death duty tax.  The National Trust decided to leave Calke Abbey in its faded state, only halting the process of decay rather than restoring it to its former glory, as they have done with so many other similar houses in England. 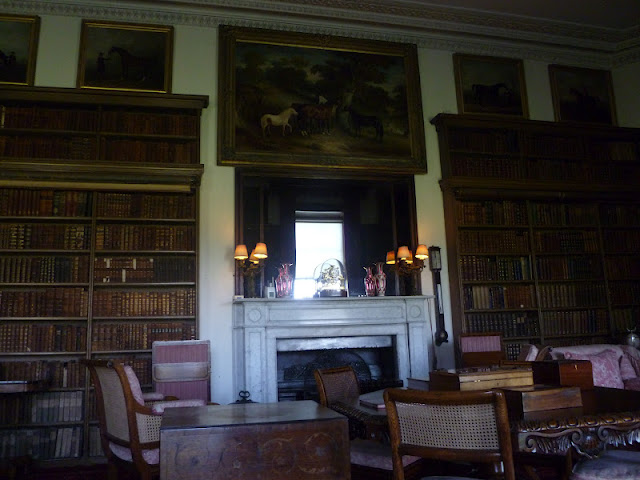 The library, with its paintings unrestored, crowded with a collection of furniture from random decades. 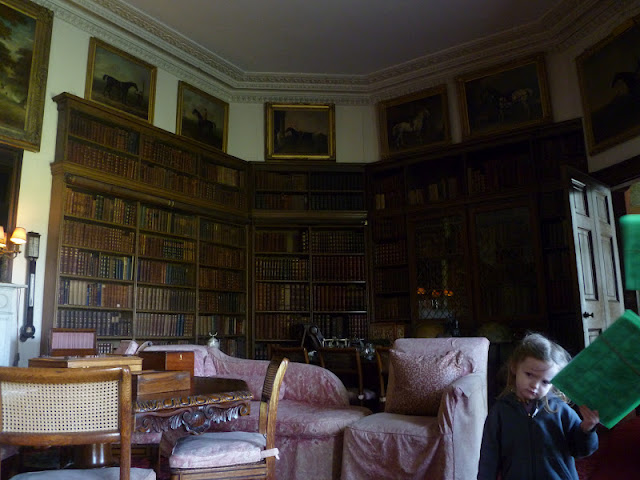 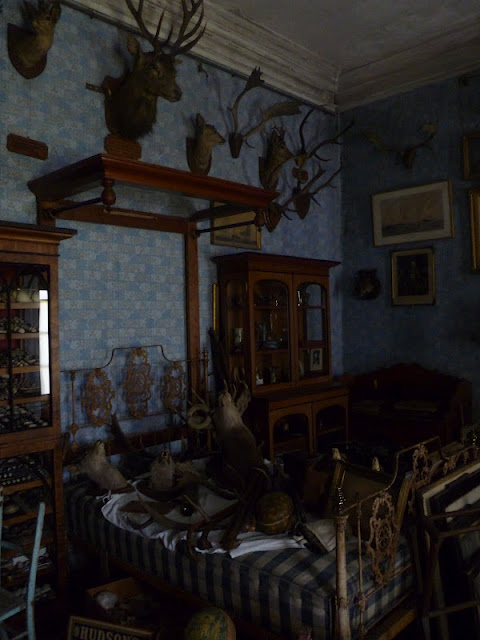 Members of the Harpur-Crewe family had an unusual fascination with collecting the heads of deer and prized farm animals, as well as case after case of preserved wildlife. I didn't photograph any of the thousands of specimens of taxidermy inside those glass cases. Apparently the family greatly admired botany and nature; however they liked to bring the objects of their appreciation inside and trap them behind glass walls. 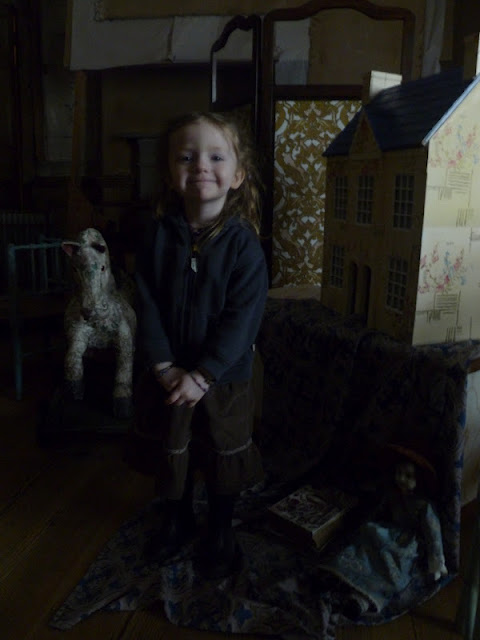 Coo stands between an ancient rocking horse and an abandoned doll house. Can you spot the china doll? 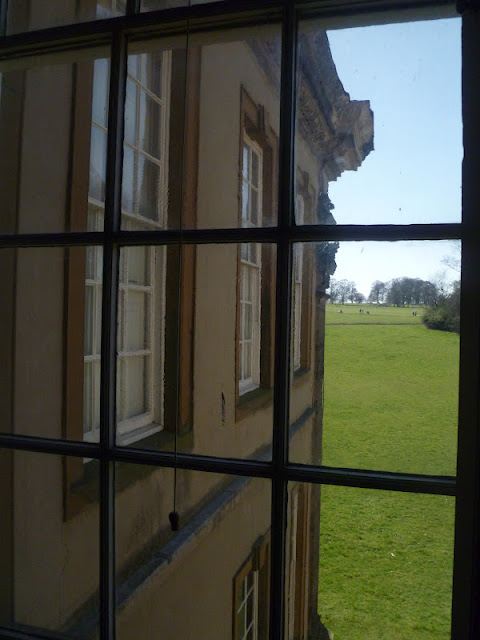 The outside world, from the inside: many members of the Harpur-Crewe family, in successive generations, were known as eccentrics who preferred their own company and chose not to involve themselves in society or politics. 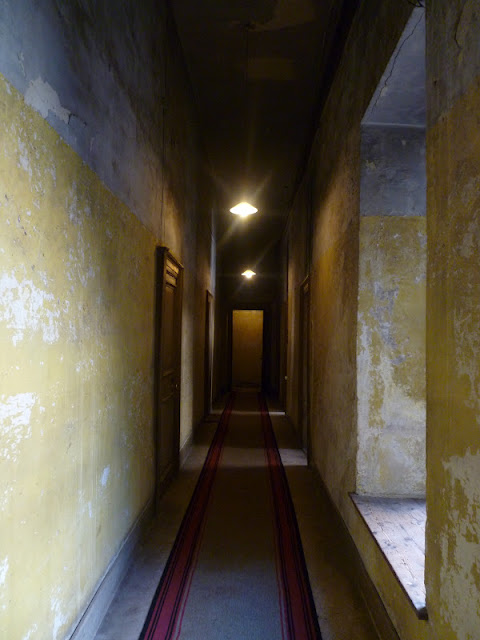 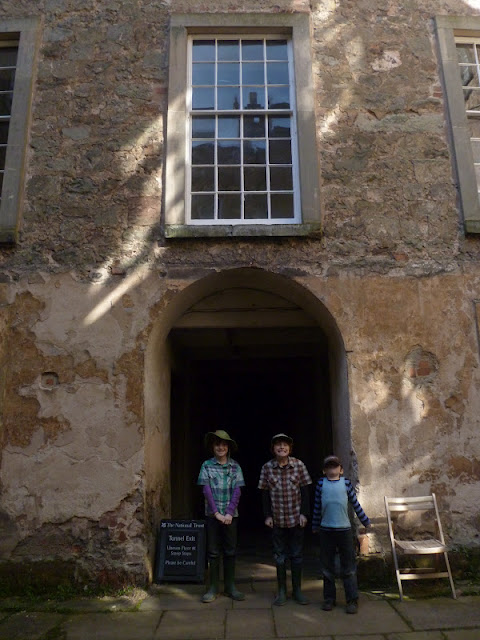 An inner courtyard showcasing part of an Elizabethan earlier structure within the main house.  This arched doorway leads to the cellars, a series of ancient tunnels that link the wine and beer cellars with the brewery building near the stables.  Walking through these dark tunnels was chilling enough with the odd electric light glowing in the wall to dissipate the darkness; I can't imagine making the journey in candlelight! 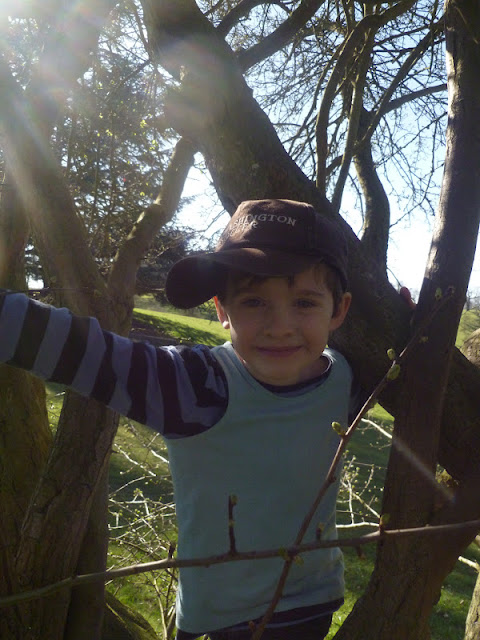 After trudging through those cold tunnels, we breathed a collective sigh of relief and made our way into the gardens of the house into the glowing sunshine. Mr J found a tree that he was able to climb halfway up.  He was so pleased with himself! 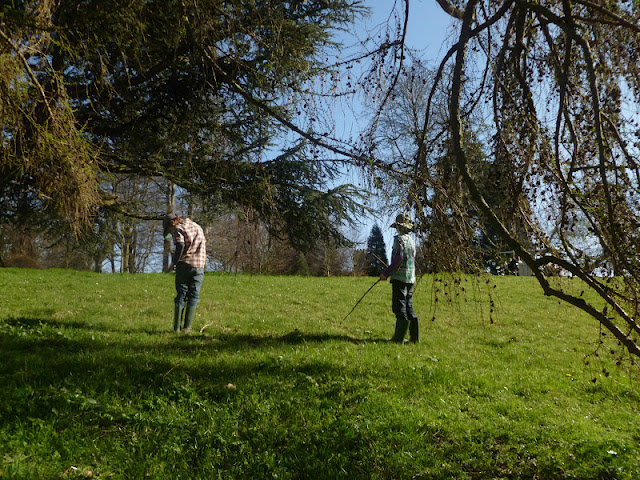 Meanwhile, Lefty tested out sticks and climbed several trees.  Righty, seen in the above photo on the left, is apparently occupied in collecting ladybirds to put in his pocket.  He has an obsession with them at the moment.  I'm expecting to see live ones crawling around our house now after he checked his jeans' pocket later on at home and observed absent-mindedly: "They're not there anymore. Wonder where they went?" 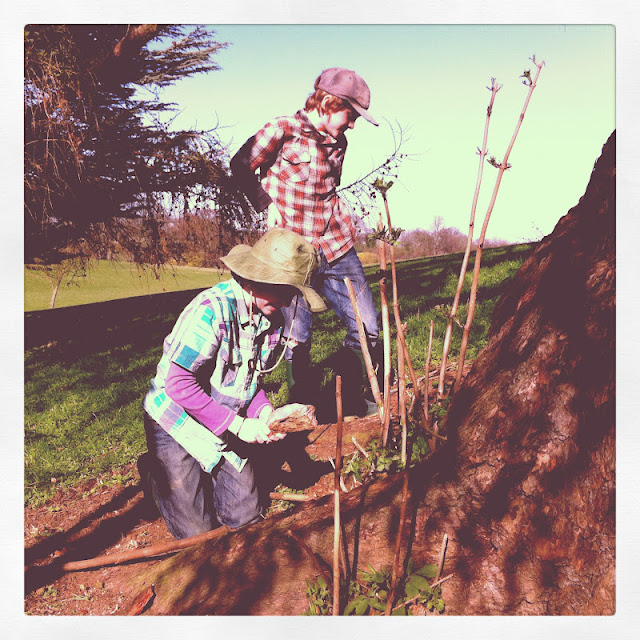 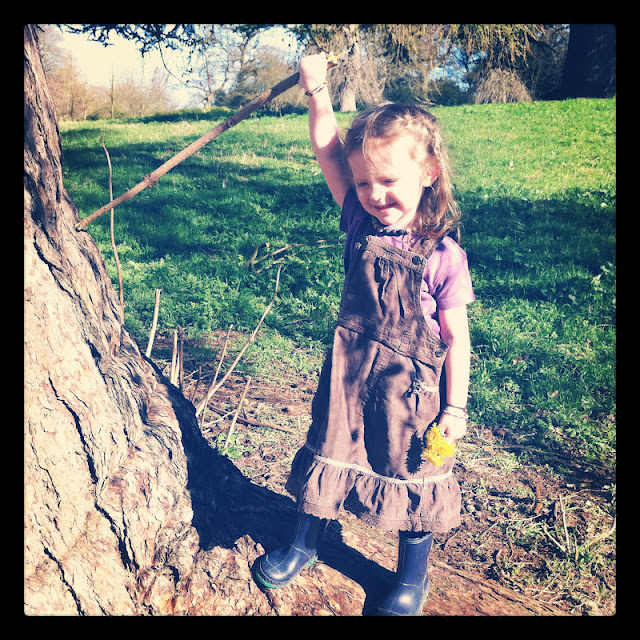 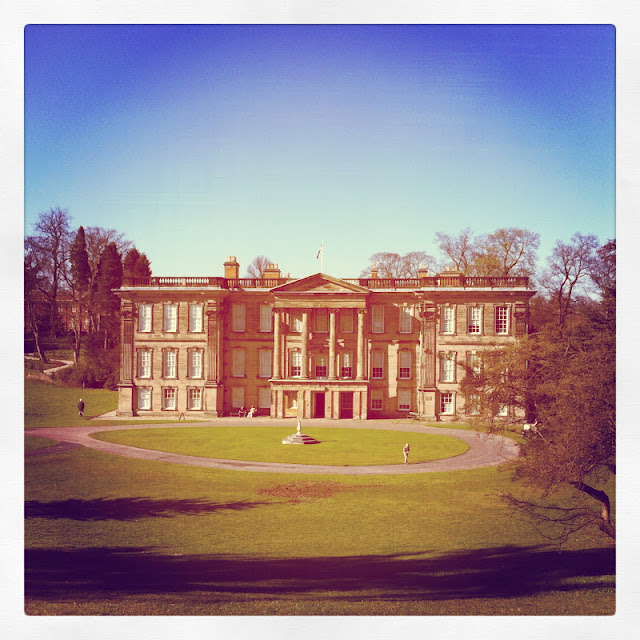 Instagram captures the mood of the afternoon perfectly!
Posted by Erin at 2:37 pm