A few weeks ago, we signed up for a year's membership with the National Trust, which preserves and protects many English country homes, estates, woodlands, and other historical properties.

Years ago, after Dan and I were so generously gifted with our first car [a tiny Nissan Micra called "Jim Bob"] we enjoyed our first year of National Trust membership, packing lunch and little Lefty and Righty into the car and driving all over the Midlands.  But as the months passed and finances grew tight, we were unable to renew our membership.  My abiding memory of that time is the two of us racing through houses and beautiful gardens, each chasing a small twin boy.  Probably not the best value for money!

During one of our "what shall we do when we grow up?" discussions earlier this year, we decided we'd commit to another year of NT membership.

In the last three weeks we've been making the most of our new membership, having quite literally received the return of our initial financial outlay by visiting three NT properties already.   The only downside is petrol prices [non-UK residents: we're paying the equivalent of about $10 American per gallon], which means restricting our traveling as appropriate.

So yesterday we ate up some precious fuel and drove all the way over to Croft Castle, in Herefordshire, near the Welsh border.

Upon arriving and greeting NT volunteers on the outskirts of the castle grounds in a wooden hut warmed by a cosy wood-burner, our boys were asked; "Would you like to hunt for dragon eggs?"

Would they like to hunt for dragon eggs?! Asking these little Eragon fans that question is comparable to enquiring of Sir Richard Branson whether or not he wants to go to space!

They were wide-eyed with shock and excitement.  This was no Jane Austen Regency-style property, holding little interest for them apart from the possibility of tearing through parkland after grouse, as they did on Tuesday at Attingham, but a castle straight from fantasyland.  Swords in hand, they commenced the hunt.  It was wonderfully planned out, a great kids' activity.  Prettily painted eggs, secreted in wooden crates, were scattered around the castle grounds.  Clues were given as to the whereabouts of each, and drawings and descriptions of the dragons had been printed on the maps, next to the picture of their egg. 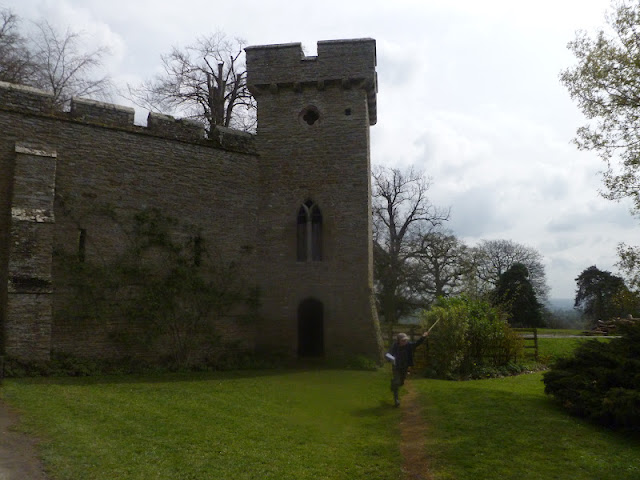 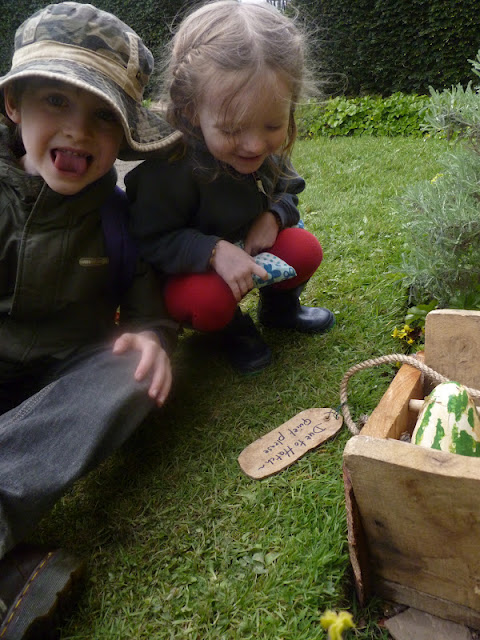 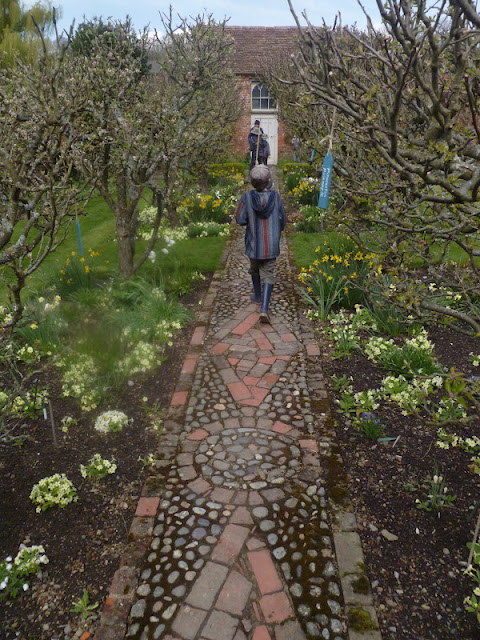 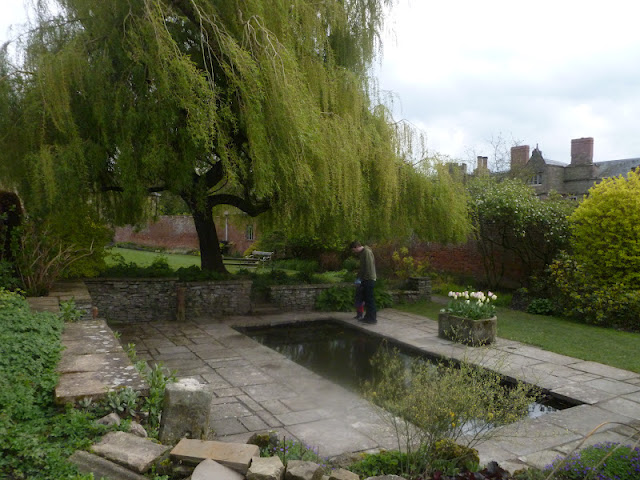 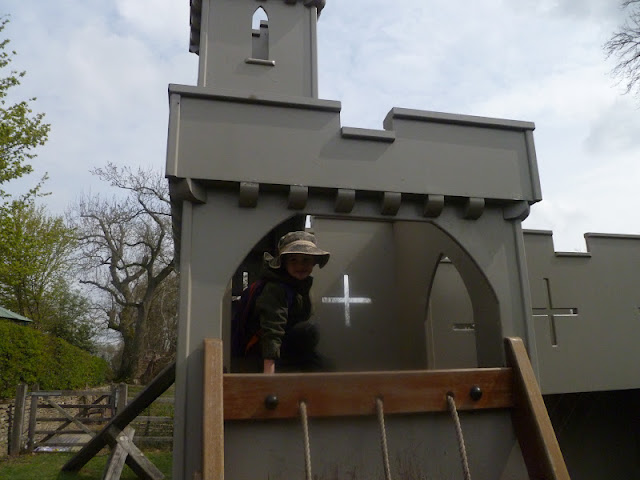 The hunt took about half an hour, but it was plenty of time for the three boys to become sufficiently interested in the castle.  Afterwards they played in the castle-themed play area, which, as Coo told us, was "her best park."

The castle itself opened at 1pm and we went indoors.  It only took us an hour to traverse the rooms opened to the public.  They had a light, open feeling, in spite of their ancient furniture and heavy decoration.  The walls were tastefully covered with portraits of family members, spanning centuries.  The Croft family [some of whom still reside in a part of the castle] have made this place their home for 1,000 years.

The boys were momentarily transfixed by stories told by one NT volunteer, about legendary ghosts who've apparently been seen in the castle: that of Owain Glyndwr [a skeleton believed to be his was discovered in a priest-hole in one of the turret rooms], and the Bishop of Hereford. Of course Lefty and Righty were completely analytical about this and Lefty tore the poor NT volunteer's suppositions to shreds in a firm, kind, yet insistent way.

Fortunately Lefty's love of literal truth has not damaged his imagination.  He's stalking through this tree tunnel fully in the role as a character from Eragon. 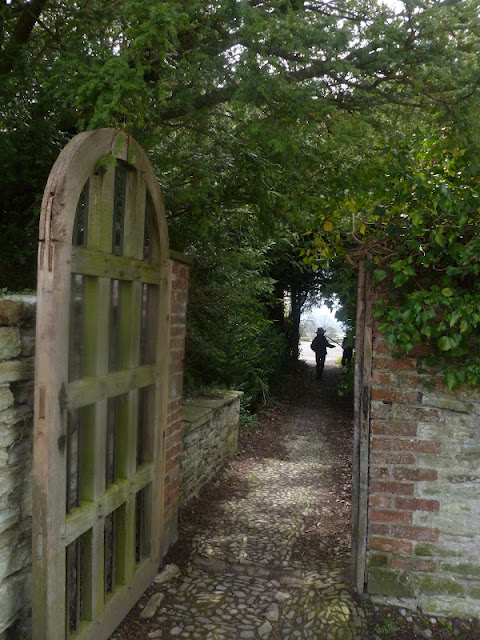