As American As Apple Pie

I did actually make an apple pie for the fourth of July.  And a chocolate fudge cake with vanilla bean icing.  We were hosting a community meal and needed the extra puddings.

However, this is the pudding I made for Dan, myself, and the kids to eat after a simple tea of Greek pasta salad. 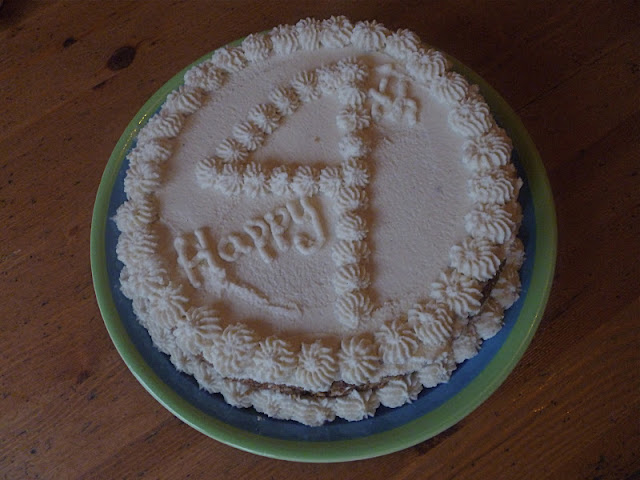 It's a raw pecan spice cake, and my first attempt at a raw cake. The recipe is from Amy at Fragrant Vanilla Cake.  I love her raw recipes!  I followed it closely, but did increase the recipe by a half.  For instance, instead of two cups of raw pecans, I used three, and so on.  I made the cake layers in two eight-inch tins instead of three four-inch ones.

It was deliciously crumbly with a definite coconut texture.  The brown taste of the pecans went well with the creamy coconut and both blended beautifully with the cashew-based icing, full of vanilla flavour.  Everyone enjoyed their helpings and we were all quite full afterwards! As it contains plenty of protein and fibre, this is one cake I certainly don't mind giving the kids for breakfast.  Even Mr J liked it. 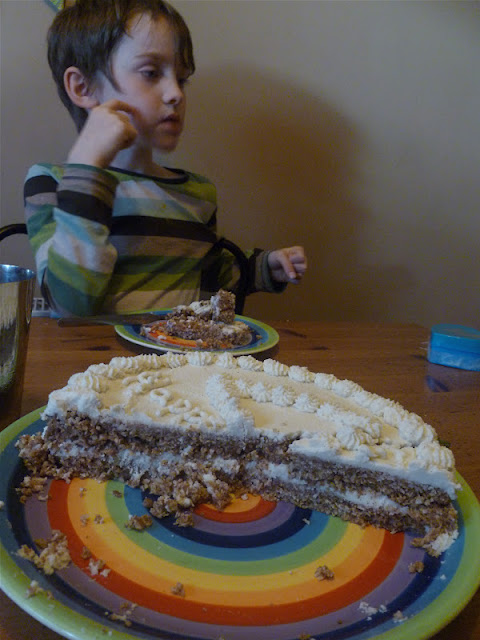