When Dan was a child, he would often visit Clarach Bay with his family. He has many memories of this Welsh holiday area and was excited to share it with our kids today. 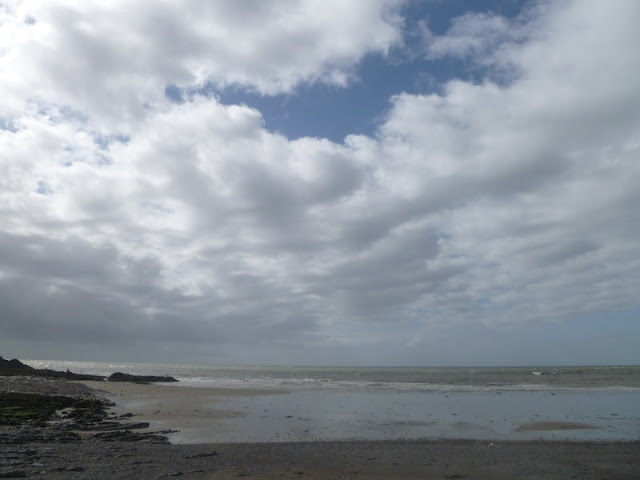 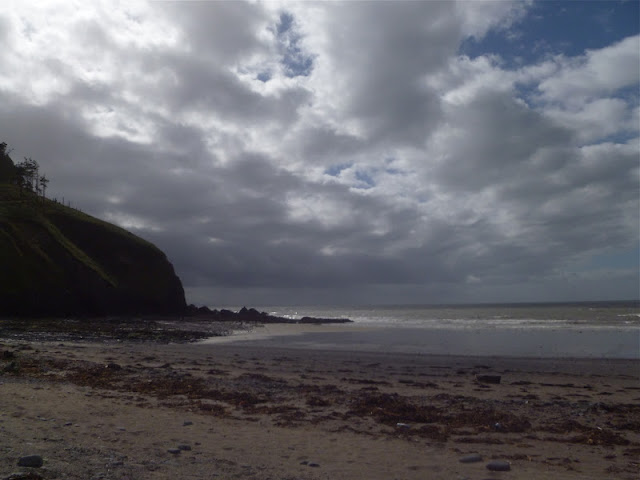 The boys enjoyed running into the water on the beach, going in much further than yesterday, and Coo was nonplussed by the chilly wind while wearing what we nicknamed her "survival suit", a wind-proof, waterproof all-in-one.  [Somehow we forgot it yesterday when we visited Ynyslas!] 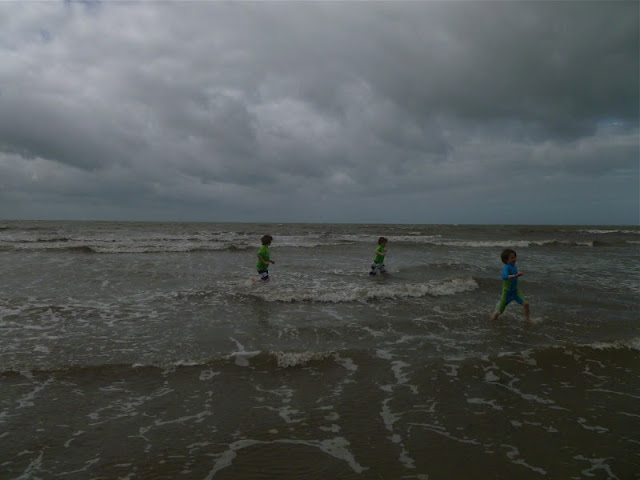 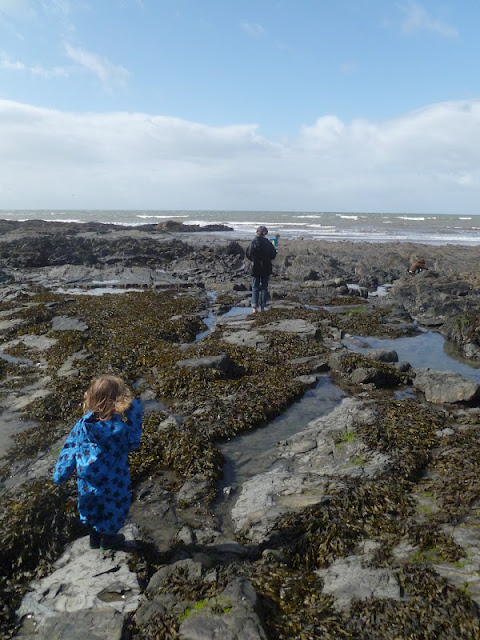 Dan, with the dedicated help of the boys and Coo, used nets and a bucket to catch many sea creatures among the tide pools on the rocky beach. 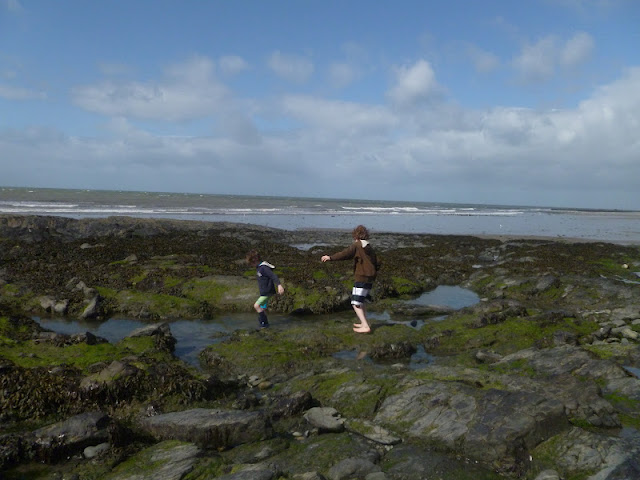 The aim of the day was to go home with a crab's claw. Mr J found the winner: a huge, smelly crab that had been dead for quite some time. Claws were removed and their stench will no doubt follow us home.  He was so proud of his catch. 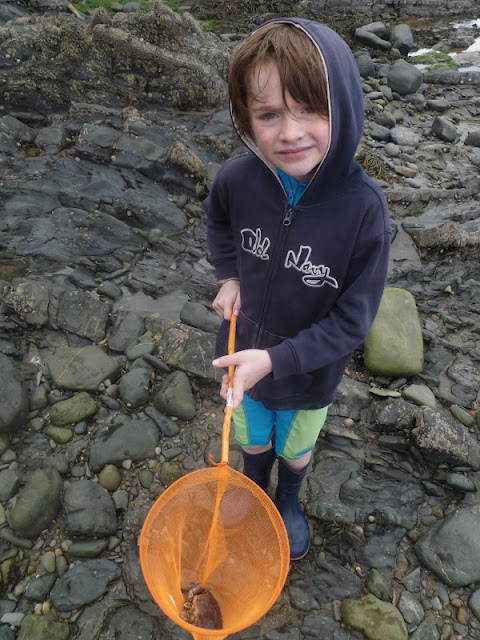 Before we left, the creatures were released back into their pools.  Apart from Mr J's long-dead crab, of course. 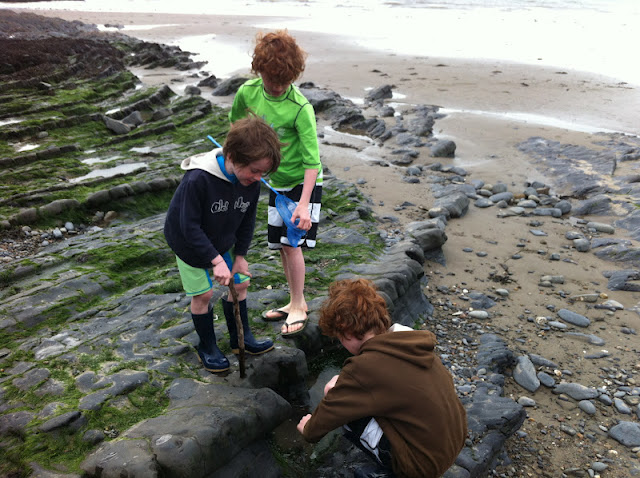 It was a lovely afternoon; and it was difficult for the kids and Dan to tear themselves away from the rock pools at the end of the day. There were many requests to return to Clarach in the future. I might bring along a clothes peg for my nose!