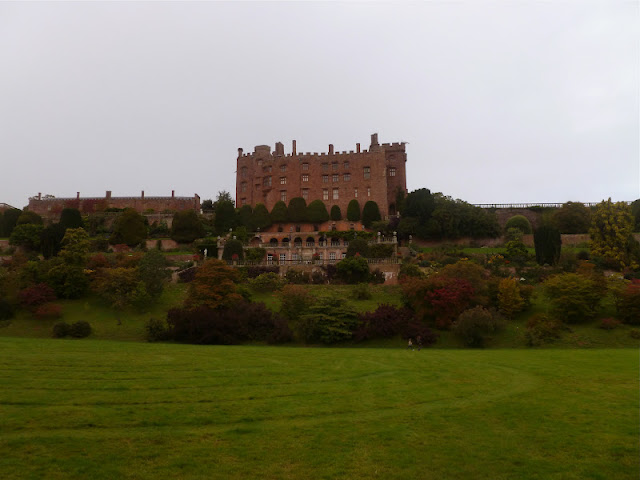 On our last day in Wales, we packed the car, cleaned the chalet, and were driving towards Welshpool by noon.  Our destination was Powis Castle, the property of the Herbert family, which operates under the care of the National Trust.

This castle has been, traditionally, a Welsh fortress along the English border with Wales.  The Herbert family still own the contents of the castle, so as such we were not allowed to take photographs inside, which is a shame as it was so impressive. Giant murals, carved wooden panelling, and tapestries cover walls and ceilings, and many family treasures still decorate much of the area which remains open to visitors. Lefty and Righty were excited to see a room devoted to one family member's mementoes from the Crimean War, as we've just finished reading about that in this year's Story of the World book. 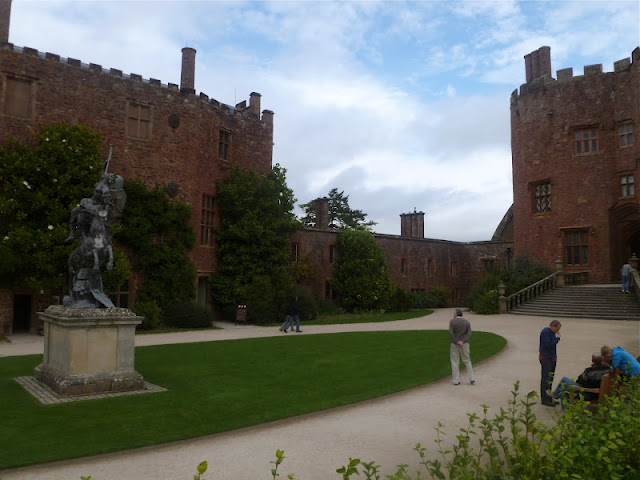 We did manage photos in the beautiful gardens.  In spite of cold misty rain in the last hour, we enjoyed viewing the loveliness of the gardens, ancient but well-cared for still. 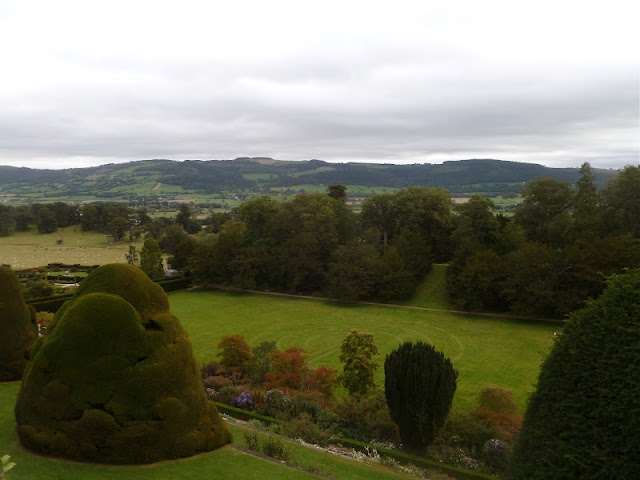 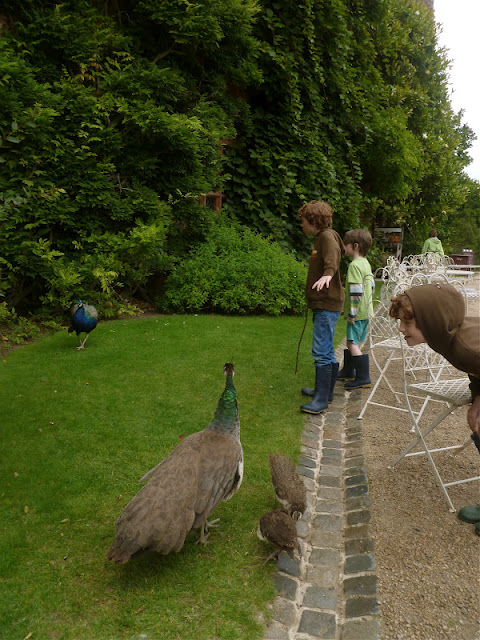 Our three boys had been attentive and careful to stay within proper visitor's boundaries during our time inside the castle, so were grateful to finally end up in the extensive gardens, letting off steam.  On our way out, they encountered a peacock family and spent some time chasing them around --not aggressively, just excitedly, as kids do. The peacocks didn't seem too bothered, and we were on the verge of leaving; otherwise I might have felt inclined to intervene. The boys were spotted by a lady who began to complain to them about their actions. Because she was so unfriendly to them, they ignored her.  What finally drew my attention was the woman's husband, who made a threatening motion towards Mr J and snapped, "How would you feel if I chased you, little boy?" By the time I realised what was happening [as neither of them had had the manners to speak to me instead of verbally attacking the children] it was rather too late to challenge.  However, as the kids streamed off down the hill to the car with Grammy, I did turn and ask her, kindly, if she'd ever had children.  Her reply was stinging with rebuke; "I certainly did, though mine were much better behaved than yours!"

I bit my tongue, wanting to follow her response with a nasty one of my own, but instead managed to keep it to a simple "I guess they didn't have much fun, then, eh?"

What I really wanted to say would have more than matched her words, barb for barb, insult for insult.

Now, thinking it over, I wish I'd have gone so far as to fully ignore her and her husband's poor attitude towards children.  It was an attitude that didn't deserve the attention I gave it by addressing her about it.

Afterwards, I mentioned to the boys that though I disagreed with the woman's attitude, I did allow that her point of treating the peacocks with more respect deserved affirmation.

However, as I've spent time ruminating even more, it occurred to me how well the boys would have responded if she'd have quietly gone over to them and explained why it wasn't a great idea to chase the peacocks.  Similar incidents have occurred in other places we've been.  When an understanding adult has explained the why, any reprehensible behaviour usually winds down and stops, particularly with our now ten-year-old boys, who are becoming more and more mature in their approach to the world. 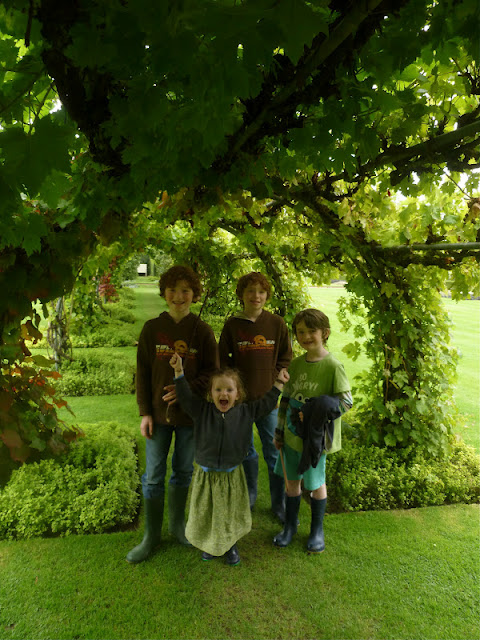