On this sunny Saturday, our final stop was Salisbury Cathedral.  This beautiful early English Gothic-style church is under extensive renovation, and has been for many years. We were still able to view much of the interior, as well as pay a visit to the Chapter Room for a display that includes one of the four original Magna Carta documents.

To actually visually follow the tiny, neat hand-lettering of this document, written in Latin in 1215, was slightly mind-blowing.

"Magna Carta was the first document forced onto a King of England by his subjects... in an attempt to limit his powers by law and protect their privileges." --Wikipedia

Here in England, particularly, this document influenced the evolving idea that even the monarch had to obey the law; not necessarily a popular opinion among rulers in medieval times --or not so medieval! It is incredible to think that Magna Carta has influenced constitutional laws outside the UK for eight centuries and is the antecedent to many more modern constitutions.

No less impressive than seeing hand-lettered 800-year-old Latin words on an ancient piece of vellum was viewing the 750-year-old cathedral.  Late afternoon sun shone into the dark cloisters around the inner courtyard. 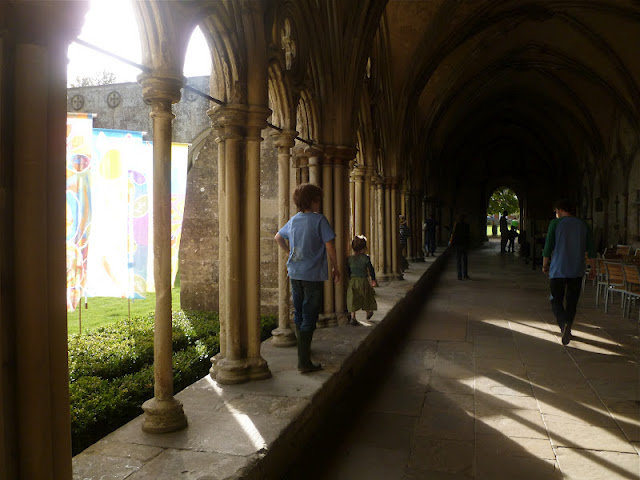 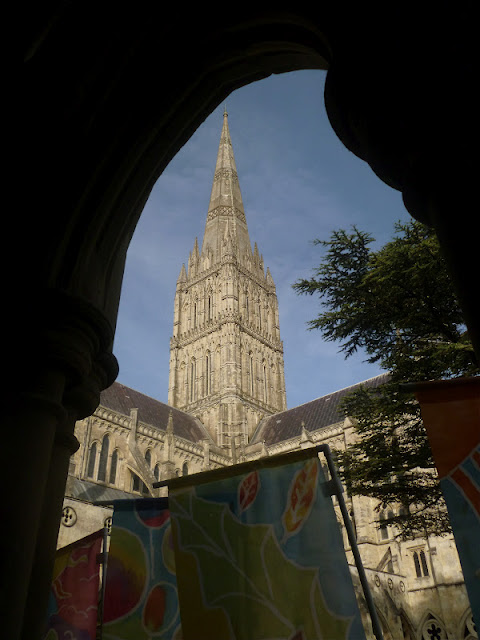 Coo and Mr J made friends with the modern Madonna statue just outside. 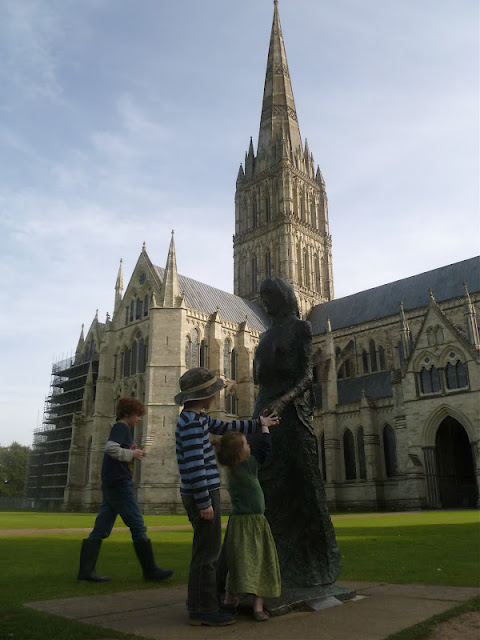 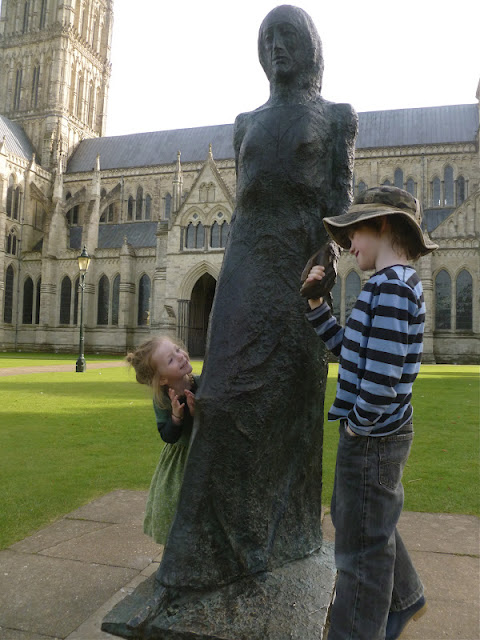 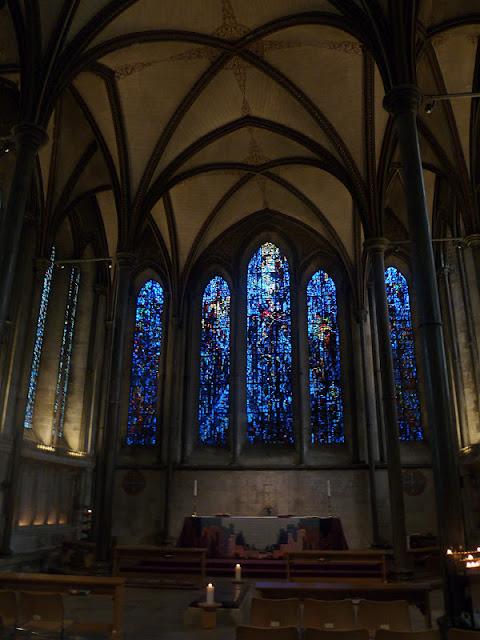 I loved the colours in the stained glass of the nave.  Wouldn't a similar colour theme make a beautiful crazy quilt?  There's an idea I would have suggested to Grandmother.  Her patchwork, applique, and crazy quilts are legendary.
Posted by Erin at 11:30 pm