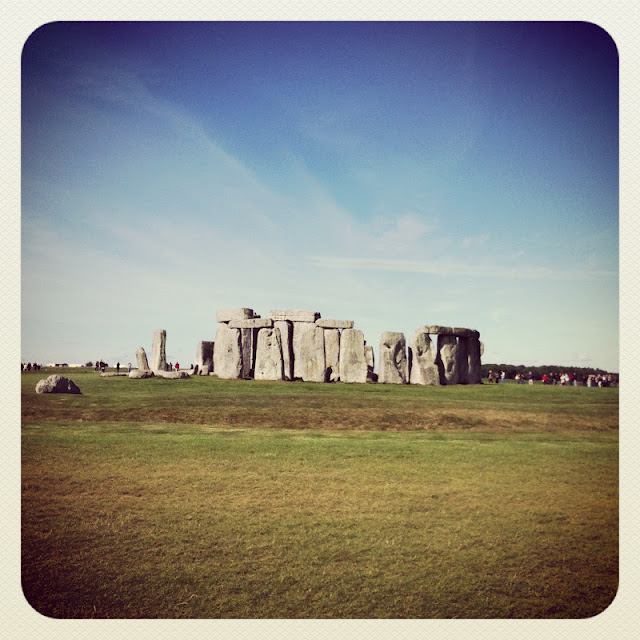 We had sort of forgotten that Stonehenge is a major tourist attraction. When we drove onto the site this morning, I think we were all immediately taken aback by the crowds, queues, and hordes of tour buses.  I'm not sure what I expected: being able to wander around the ancient, lichen-dressed stones on our own?

Fortunately, with our National Trust memberships, we were able to get in free, and quickly.  We began following the walkway around the monument.  A low rope boundary, more of a statement than a fence, was put in place in 1978 to prevent further human-caused deterioration to the over 4,000 year-old stones. 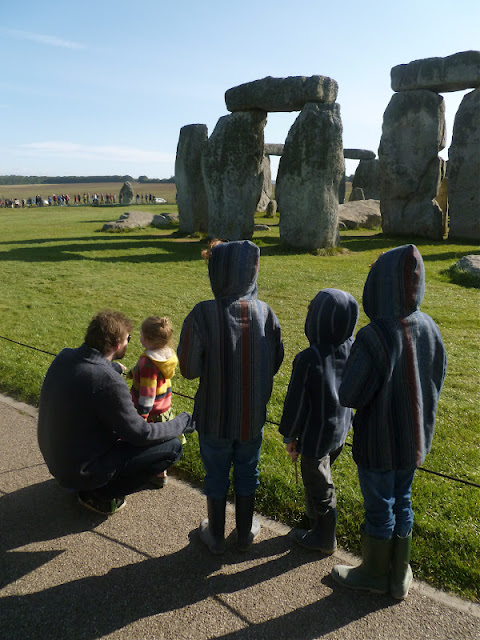 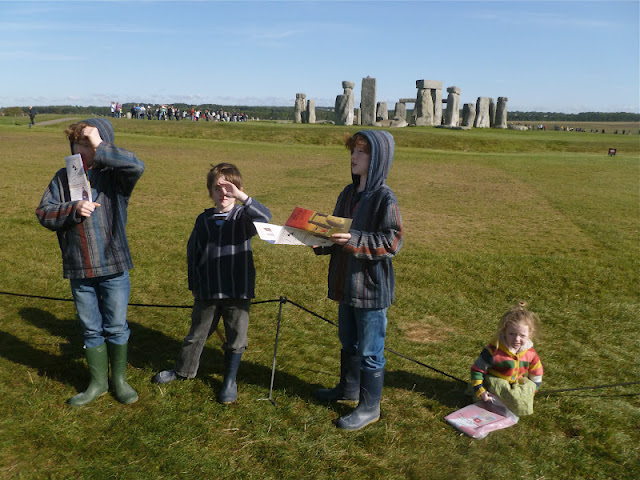 Stonehenge, created by tribal peoples who left behind no written history, is assumed to have been a temple. The stones were originally positioned in such a way as to function as a celestial observatory, and though we arrived mid-morning, I can imagine viewing Stonehenge at sunrise and sunset is incredible. 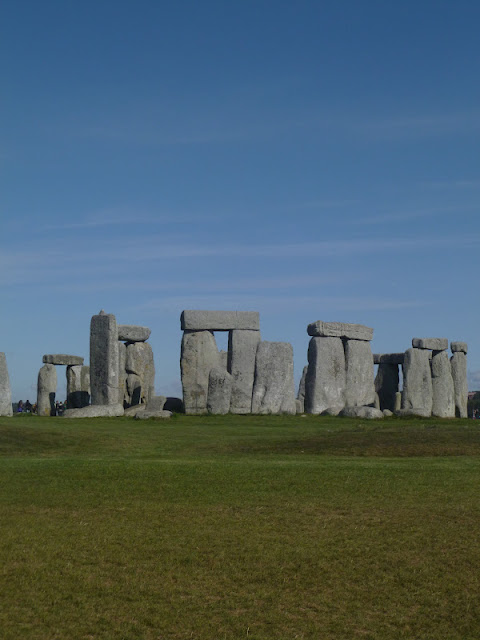 The surrounding plain is covered with numerous Bronze Age burial mounds.  We climbed over some of the barrows [burial mounds] near Stonehenge and ate our picnic there in the relative peace and quiet, away from the crowds. The kids enjoyed climbing on and rolling down the small hills created by the barrows. 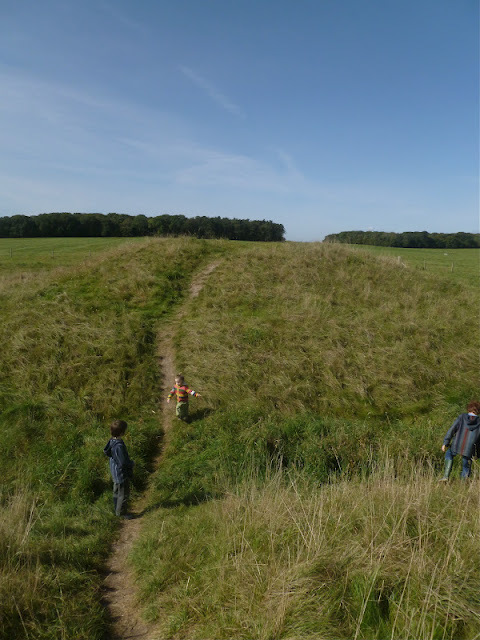 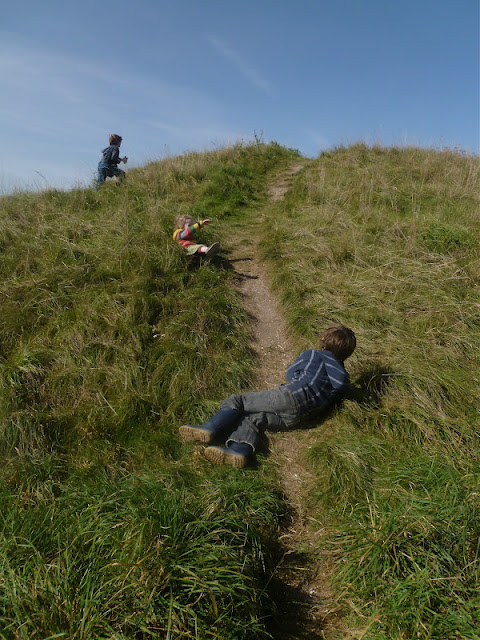 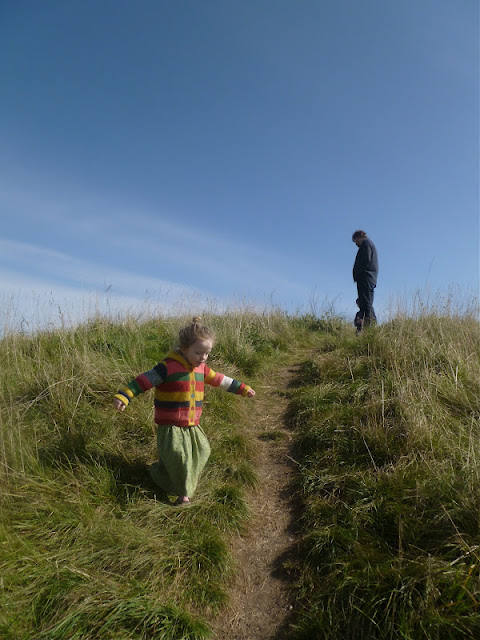 Mr J spotted a cricket, and Righty couldn't resist gently catching it to have a closer look.  All four of the kids were entranced, but Righty finally carried the cricket away to release it in a clump of long grass. 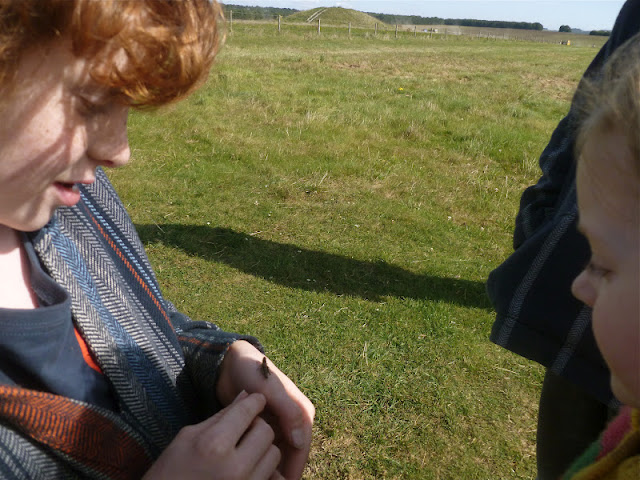 I wanted to rest in the grass too, like Coo, but didn't take the time!  The grass was soft and the ground felt dry and padded under our feet.  The sky seemed somehow different from home: endless and wide, with a soft golden light caused by the surrounding ocean of green fields reflecting back the sunshine. 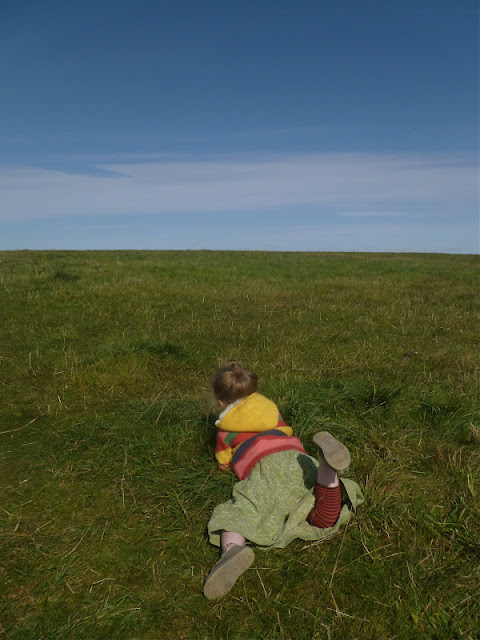