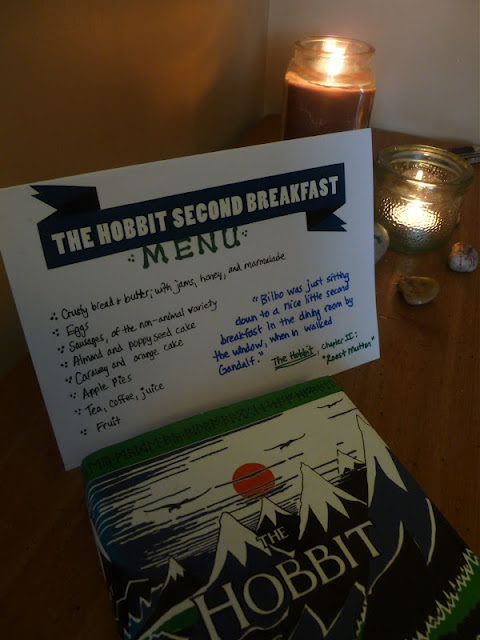 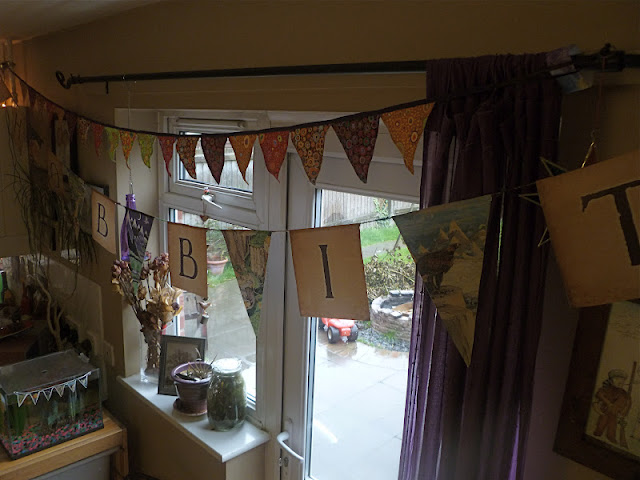 "If more of us valued food and cheer and song above hoarded gold, it would be a merrier world."
--JRR Tolkien

To celebrate the 75th year of the publication of The Hobbit, a few geniuses dreamt up the idea of a "Hobbit Second Breakfast" --you guessed it-- a second breakfast, eaten worldwide by Middle Earth lovers everywhere.  For some it was a cup of coffee and a treat in front of their computer at work; for others, like us, it was a [much-welcome] day of rest after non-stop weeks of busyness, and a real second breakfast. Along with Grammy, we'd been out to our local swimming baths early this morning, returned home and ate muesli, then began preparations for the day.

It was meant to officially start around eleven, but we stretched it into more of an open-ended day.  The first second breakfasts were served up around quarter to twelve, and the last about quarter to four. We ate thick slices of crusty bread and butter, spread with honey or jam, or marmalade, or topped with cheese; eggs; marmalade-glazed vegetarian sausages; fruit; miniature apple pies; and two kinds of traditional seedcake: almond with poppyseeds, and orange with caraway seeds. We drank coffee, tea, and juice, but mostly just coffee. 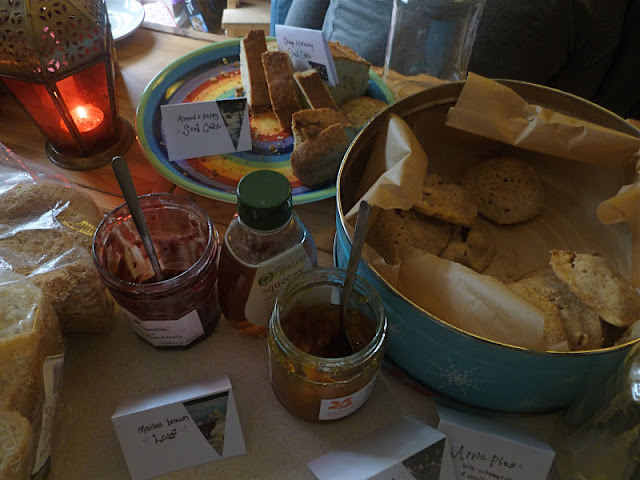 Some of us even assumed hobbit identities for the occasion.  The three boys treated us to a half-sung, half-shouted rendition of the dwarves' song, from Chapter I, complete with foot-stomping by Mr J. 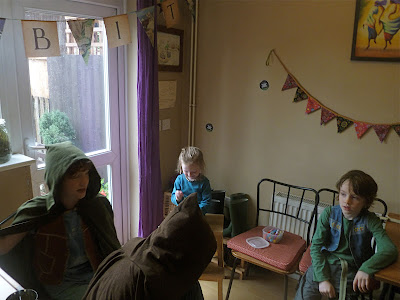 I downloaded an activity pack from the Second Breakfast site and used it to create decorations.  Even the fish had their own string of Hobbity bunting! 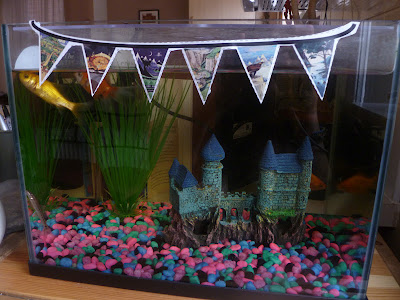 All in all, the day was a lot of fun; and the rainy, cold outdoors felt perfect for staying inside, eating and talking with friends.
Posted by Erin at 11:00 pm