We said goodbye to Charlecote Park and went on to Packwood House, another National Trust property nearby.  These two were ready to continue adventuring, not without the drama of hugs one minute and practically boxing each other's ears the next! I've just noticed that Mr J has apparently caught on to Lefty's style of wearing his socks. 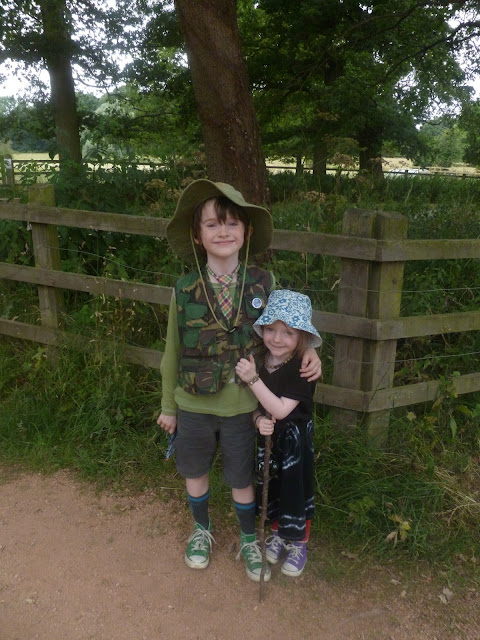 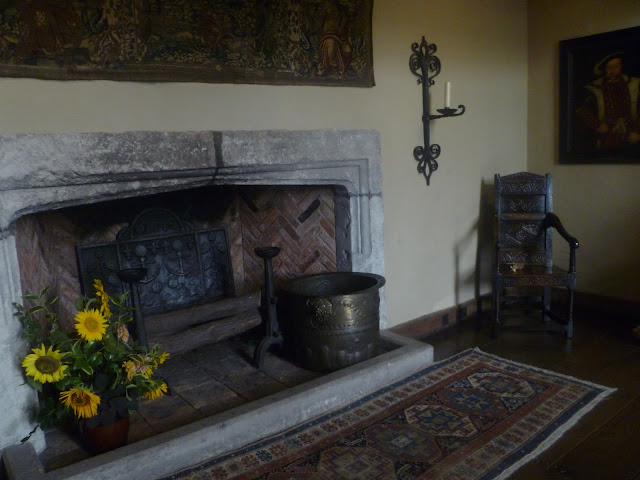 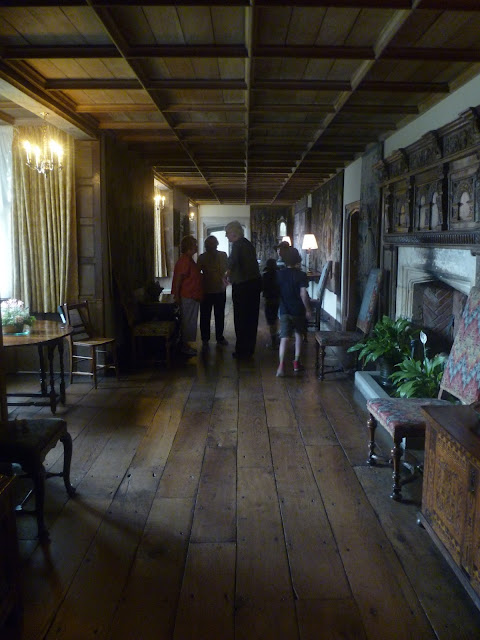 Packwood House was originally built in the 16th century but is very altered from its original design, as  a timber framed building.  It was restored in the 1920s and 1930s and filled with unusual collections of tapestries, furniture, and more eccentric items. 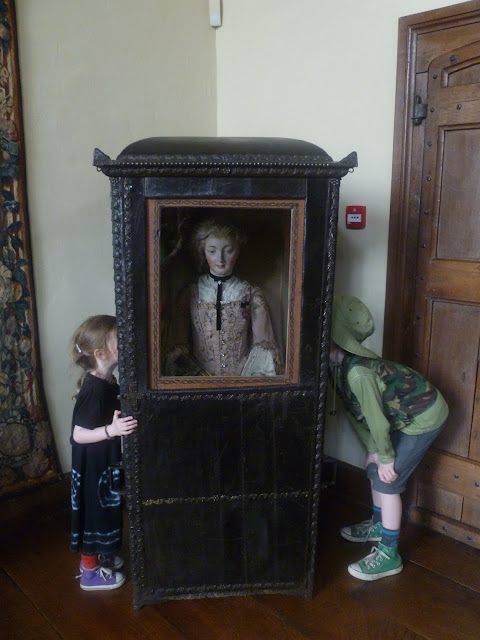 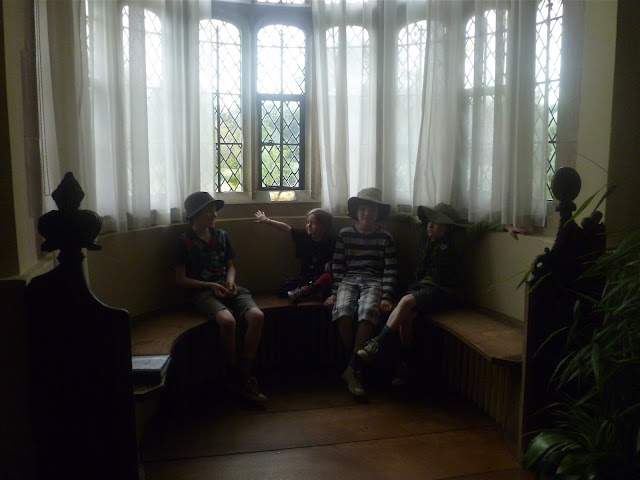 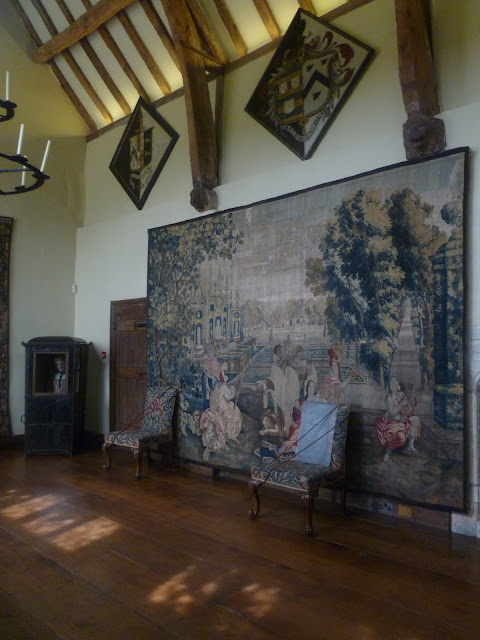 This tapestry, "Africa", is just one of the many tapestries collected by Packwood House's last owner, Graham Baron Ash.  It had a twin hanging nearby, "America", but this was stolen in the early 1990s by intrepid thieves, as we were told by our informative house guide. 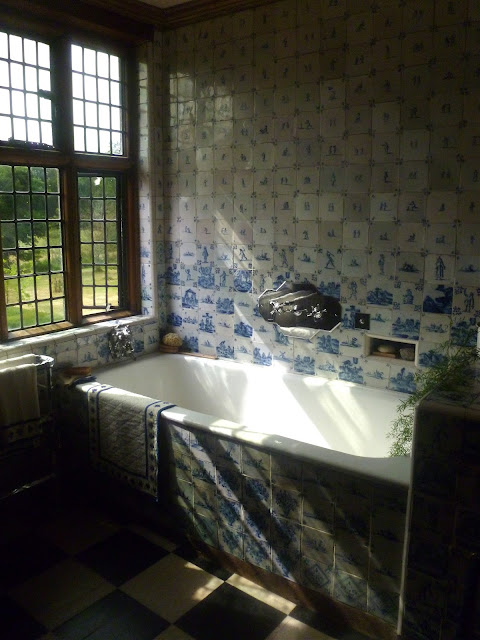 There's just something about this blue and white tiled bathroom that I love.  Perhaps it's merely the late afternoon sunbeams; it's quite possible that it's very ordinary and not impressive at all in the morning without the sun. 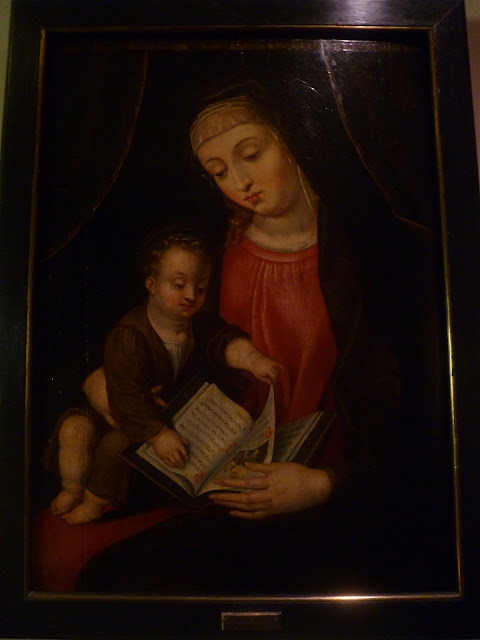 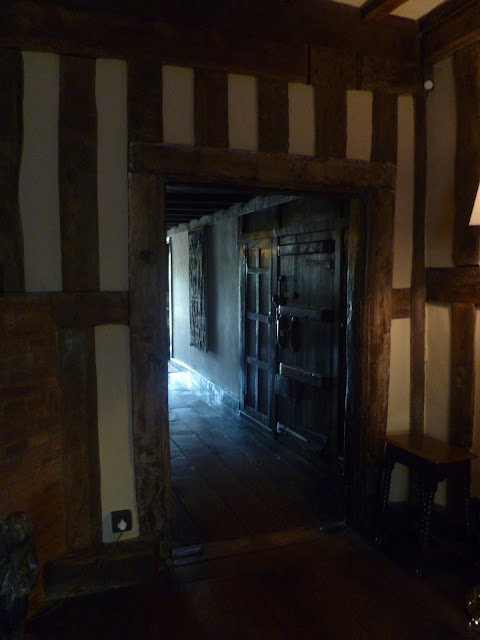 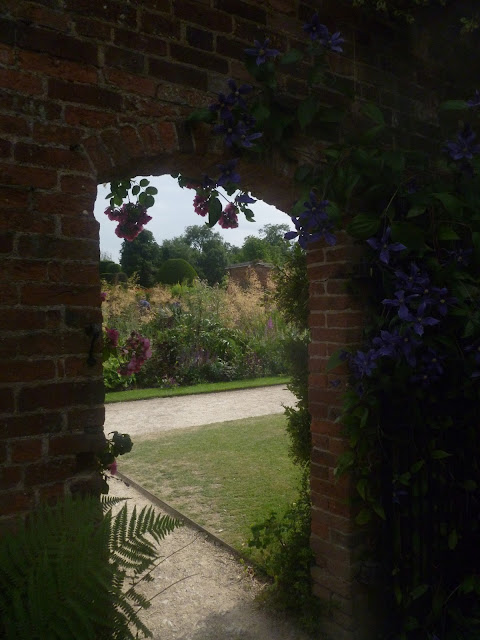 ... and out into the sunshine on the other side.  Further, beyond this Carolean Garden, is the Yew Garden.  It's an unusual grouping of giant yew trees, apparently a representation of the Sermon on the Mount, trimmed very particularly.  It's quite impressive and awe-inspiring, especially after hearing that it takes a team of gardeners 2 1/2 months to cut the yew trees once a year, but we were tired, and the camera's battery had given up. A minor toilet accident was had and numerous misunderstandings stumbled through, and it was time to encourage our crew back to the car, sufficiently steeped in enough National Trust country houses to keep us going for another few weeks. 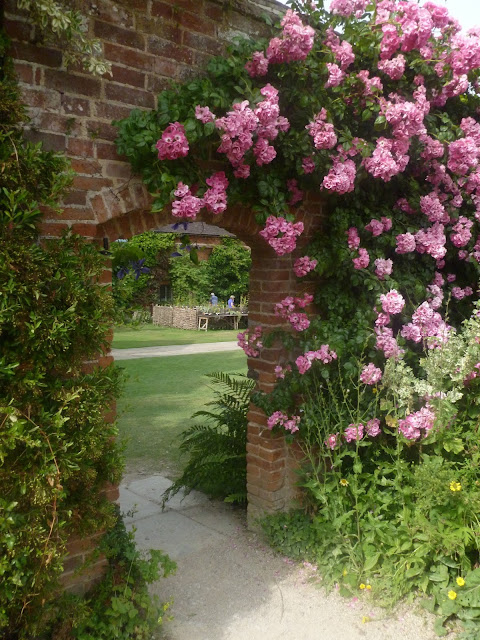