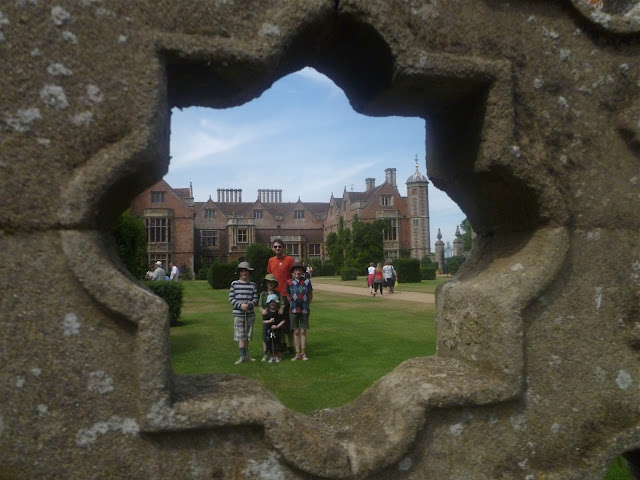 Today we National Trusted our way to Shakespeare's County --that's Warwickshire-- and visited Charlecote Park.  Apparently the Bard was caught poaching on this estate belonging to Sir Thomas Lucy before making his fortune in London, later immortalising Sir Thomas as the fussy Justice Shallow in The Merry Wives of Windsor.  Or so legend has it.

That's an edition of the 1632 Second Folio --protected by glass-- upon which Coo is casually resting her arm.  Apparently it was the done thing for all prominent Warwickshire families, proud of their association with Shakespeare, to own a copy of the 1623 First Folio, but the Lucy family of Charlecote Park had to make do with a Second Folio due to financial constraints.

The Lucy family have lived at Charlecote [in an earlier home] since the twelfth century.  Sir Edmund Fairfax Lucy still occupies a wing of the present sixteenth-century house with his family, though it is owned and administrated by the National Trust. 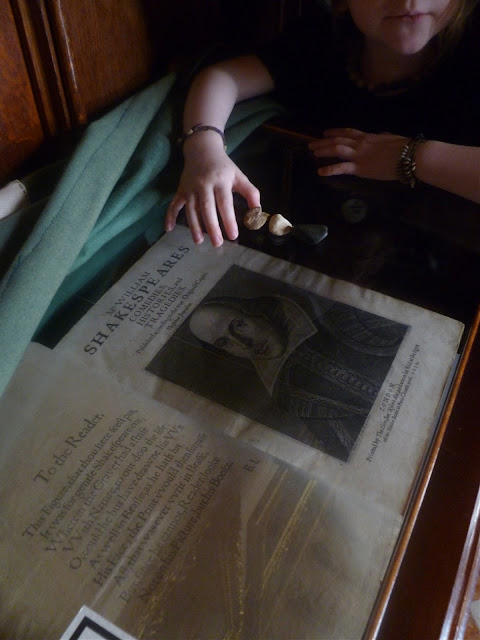 Dan, Lefty, and Righty are currently reading through the spy novels of John Buchan, and I happened to notice this lovely photograph of the mother of the present baronet, identifying her as the daughter of John Buchan!  The place immediately held a new charm for the older two lads and I think they might have slipped into spy-world for the duration of our visit. 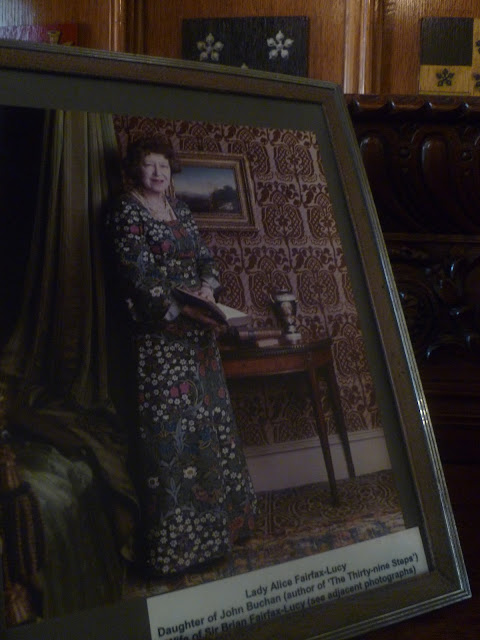 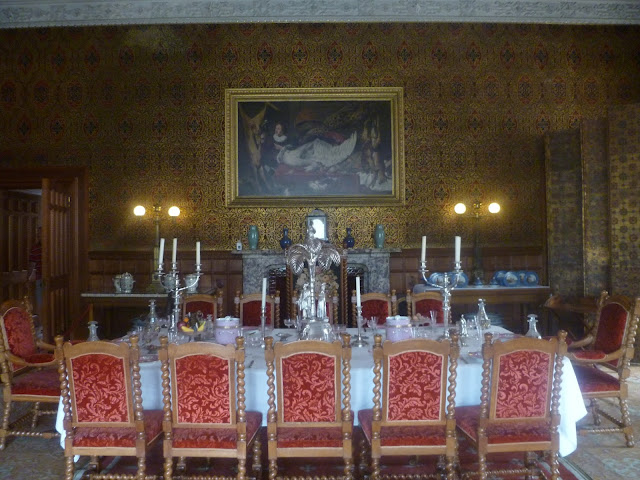 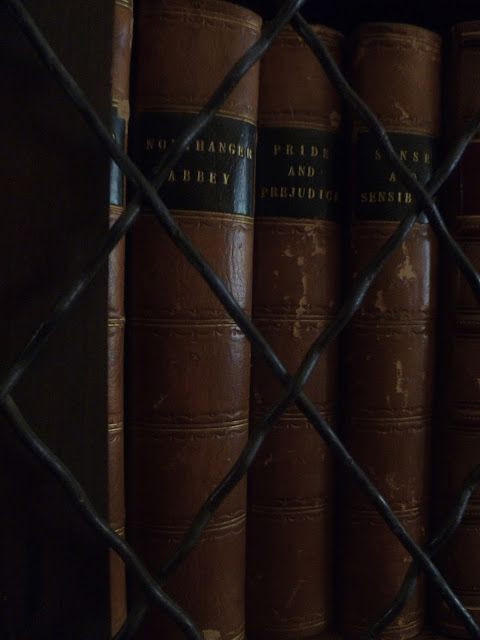 My favourite room was the library.  Isn't it lovely?  Apparently, it's one of the finest libraries in the care of the National Trust.  It boasts a finely illuminated late 14th-century Book of Hours, and an early 16th-century manuscript copy of Machiavelli's The Prince.  Of course, I was more impressed to see the above group of well-worn Jane Austen novels, and can't help but wonder if they are first editions. 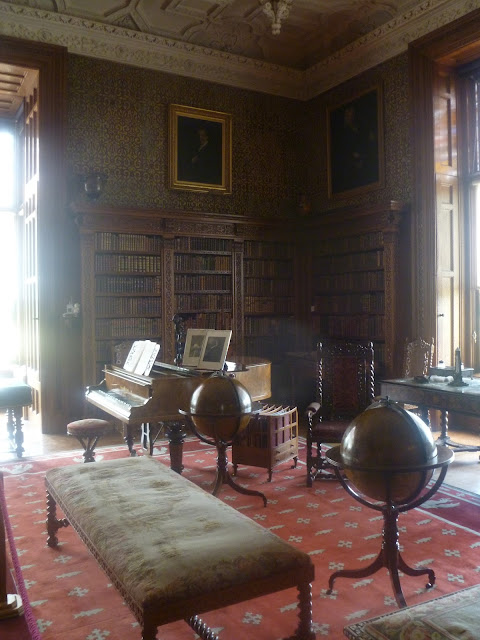 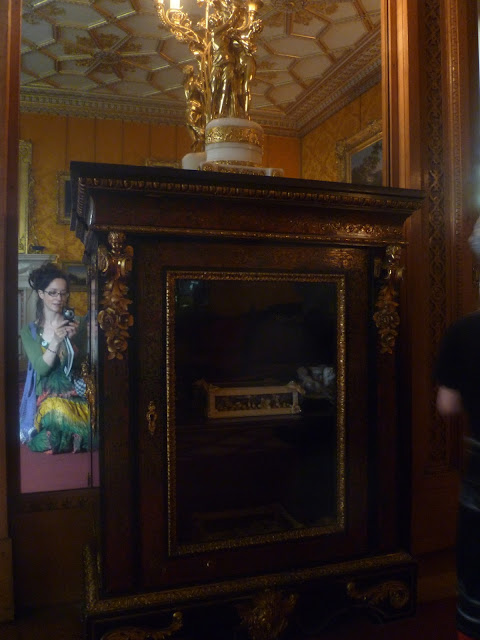 I was trying to capture Coo here but she ran, and I ended up with a selfie and her elbow.  She stood still for me here, among the shadows. 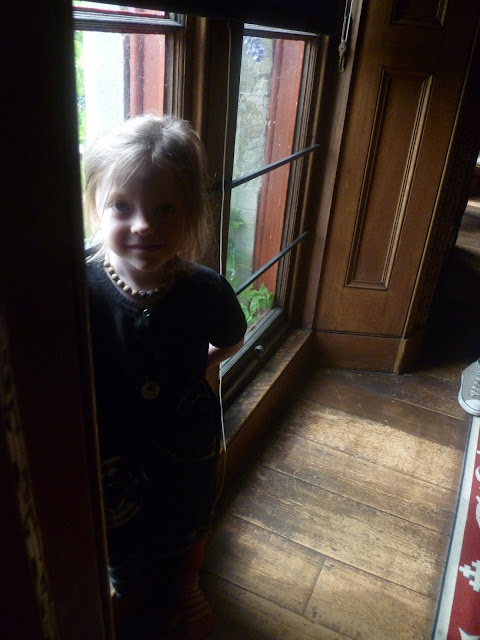 Below is a writ of summons to the Barebones Parliament, signed by Oliver Cromwell, sent to Richard Lucy, the owner of the house in 1653. 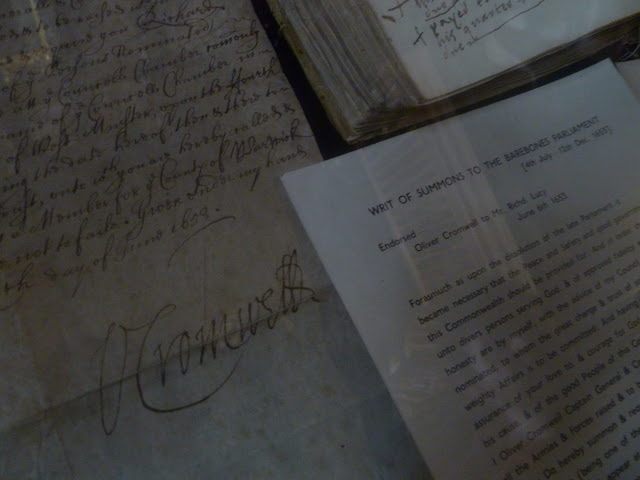 That's the River Avon there, and they are looking at dragonflies and tiny minnows.  Under closer observation, their clothing choices are fascinating.  Mr J appears to be on African safari, while Lefty is clearly under the impression that stripes do indeed go with plaid and socks are meant to be pulled up quite high.  Righty looks very relaxed in bare feet, with his prized, much-loved hat perched on his head.  Coo also dressed herself, with a black dress and cardigan, red footless tights, and her flowered blue hat. What you can't see in this picture are the binoculars that they were carrying, and used to look at everything.  Guides in the house.  Portraits on the walls.  Faraway cows in fields.  Dragonflies.  Planes flying overhead. Birds. Me, occasionally. They do know how to distinguish themselves in their enthusiasm for a day out. 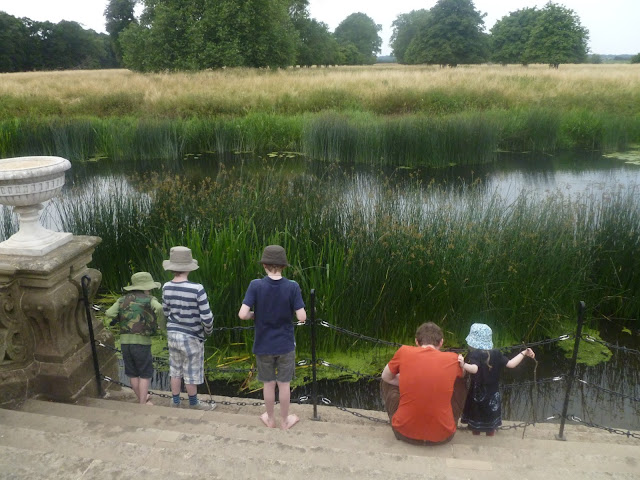 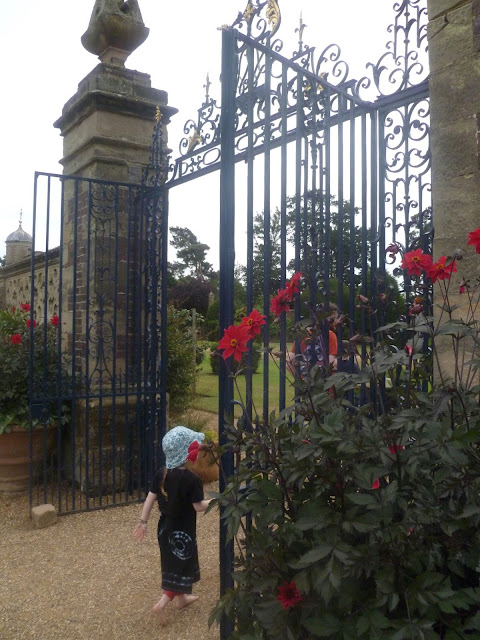 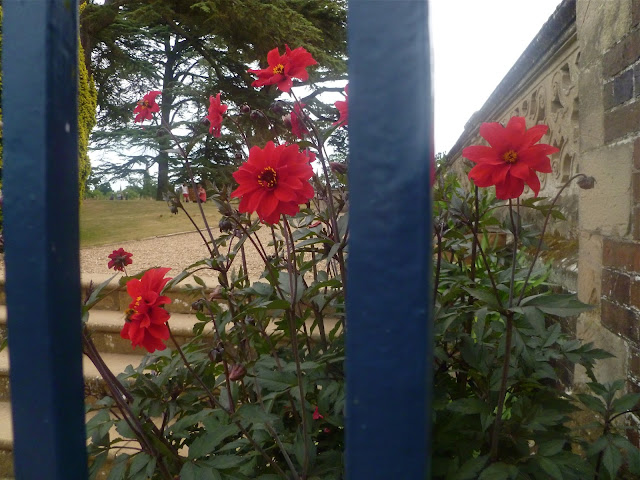