When we decided to visit the castle at Stirling and the National Wallace monument in the same day, it didn't occur to me that the monument in question was anything more than a drive-by photo opportunity.  However, after viewing it from the vantage point of the castle, I realised it was definitely much more than that and grew quite excited about seeing it by the time we finished at the castle. 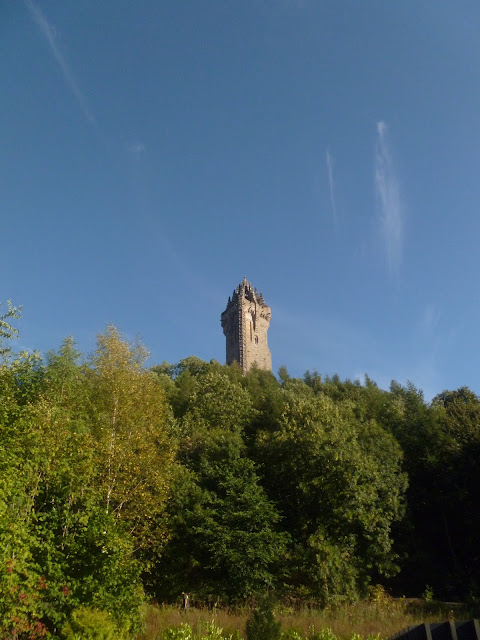 We left Stirling and drove over to the monument with no time to spare before the last admittance.  It was a twenty-minute walk up the Abbey Craig to the site of the monument.  Late but still allowed in, we started to climb the steep spiral stone staircase up to the top.  It was a narrow trek up these two hundred and forty-six well-worn curving stairs, much like climbing up the similarly-styled Scott monument in Edinburgh. 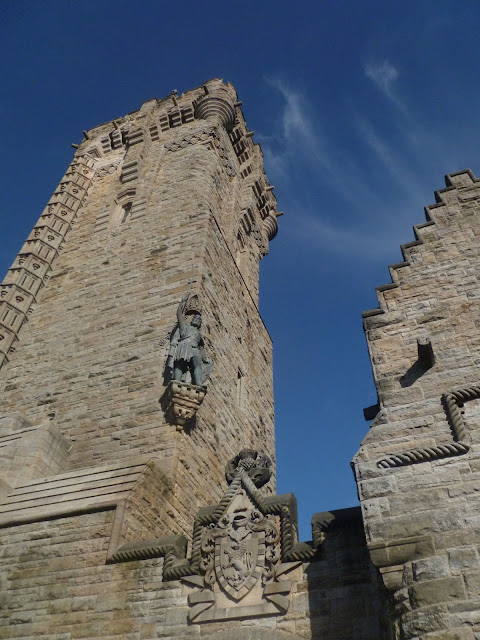 This room was our first stop, after making it up the first flight of steps.  It includes storyboards detailing the life of William Wallace, and his famous sword, displayed in a simple glass case.  Upon further research, I found out that ancient sword experts have concluded that the sword is not quite as it would have been when Wallace was alive, believing that it is an amalgamation of several different swords.  So Wallace's genuine late 13th century sword might be in there somewhere! 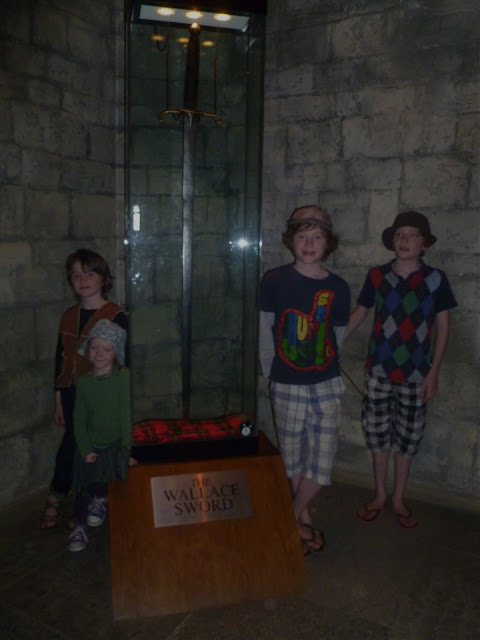 After the next flight of steps, we arrived in the "Hall of Heroes" --a roomful of busts of famous Scots.  Mr J found John Knox again. 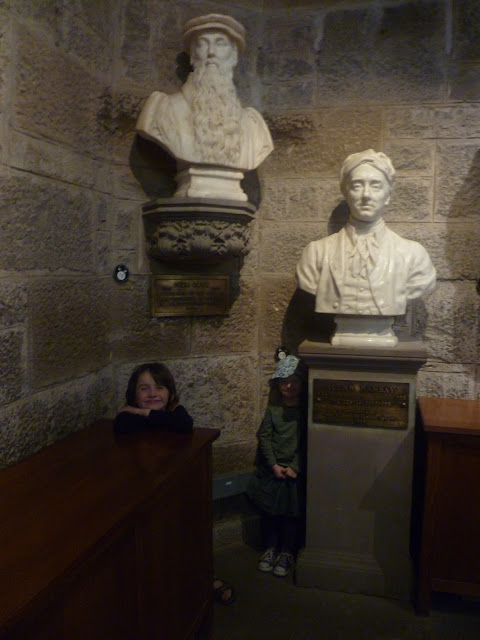 I found Sir Walter Scott, one of my favourite authors, and a great 19th-century historian.  He wrote Ivanhoe, The Heart of Midlothian, and Kenilworth, among many others. 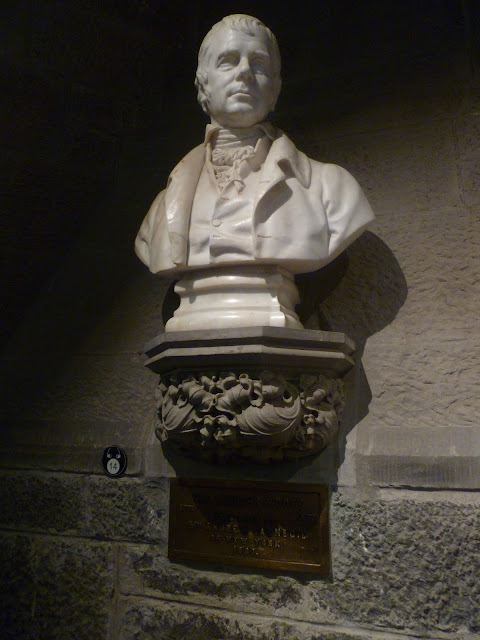 At the top of the tower, we looked down to dizzying sights far below us. We could see in the distance, barely visible miles away, Fife and Edinburgh. 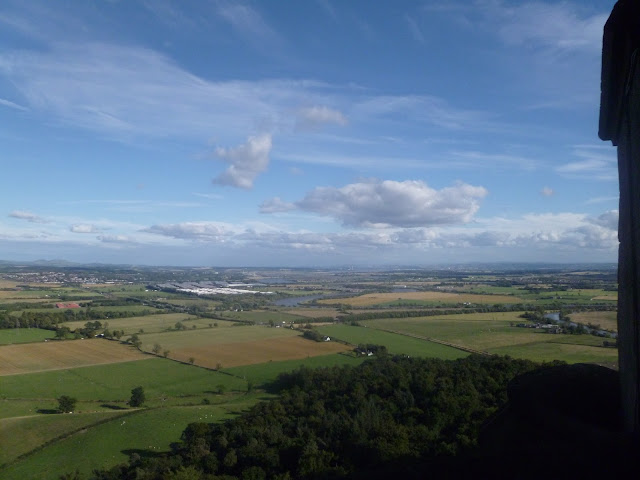 The wind was incredibly strong and very cold, but what an experience!  Standing at the top of this 220ft tower, which itself is built on the pinnacle of a rocky miniature mountain near the site of the famed Battle of Bannockburn... we don't do that every day. 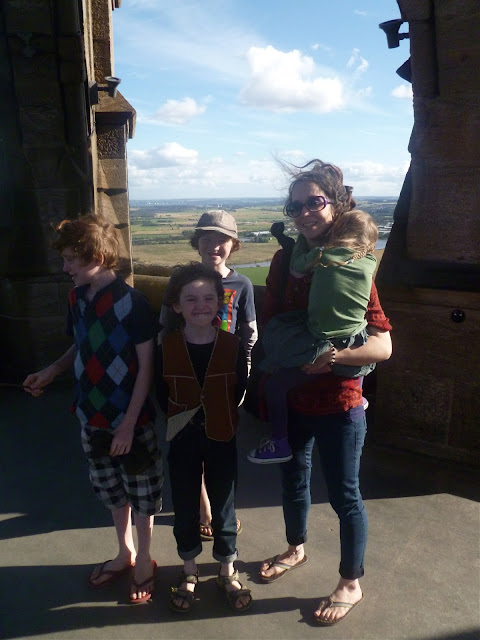 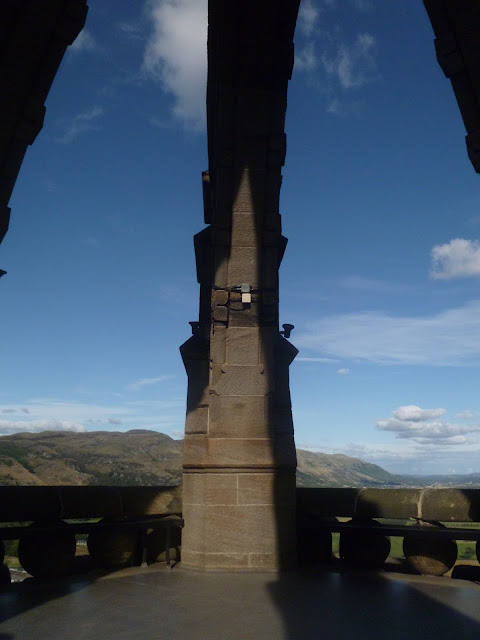 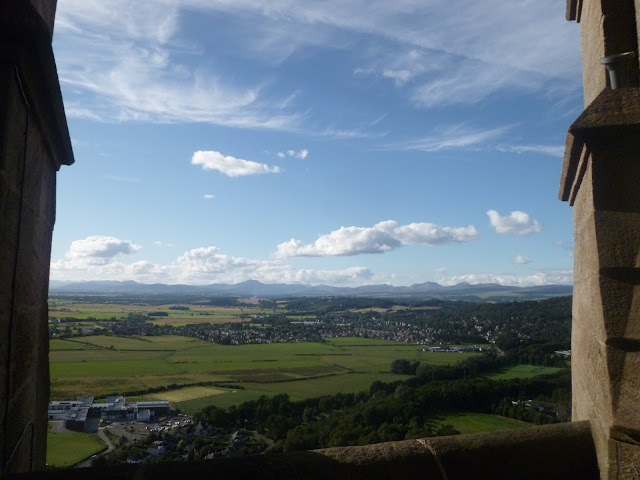