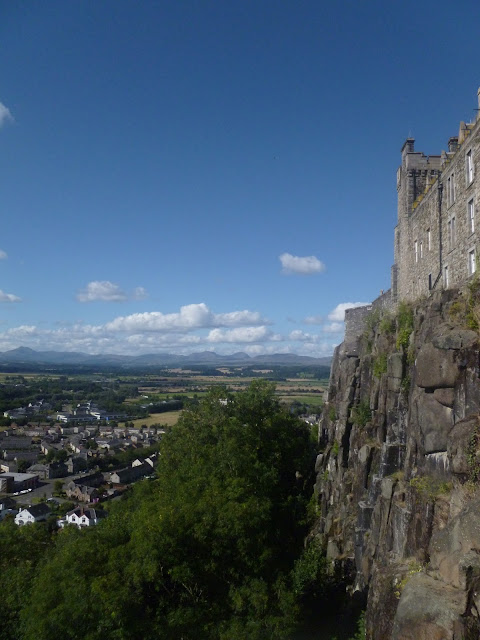 We've visited more than a few castles, but Stirling Castle really takes the cake!  For starters, it is built on a large craggy mountain that rises up out of the plain like a rocky iceberg on a sea of green. 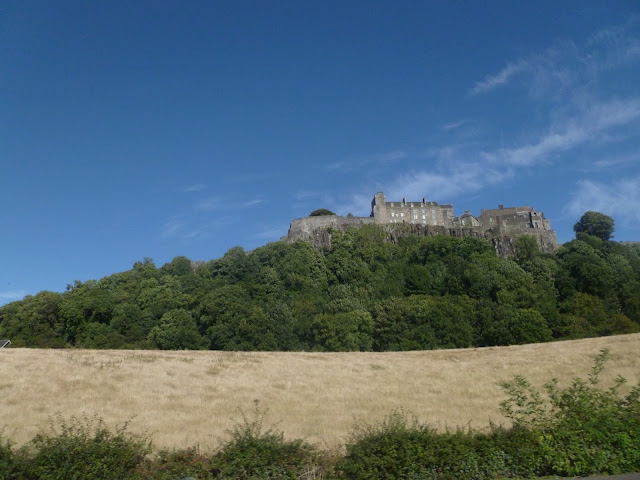 The views of the surrounding landscape, including the River Forth, the Bannock Burn and the southern Highlands, are incredible. Below, in the centre, is the National Wallace Monument, built on top of nearby Abbey Craig. 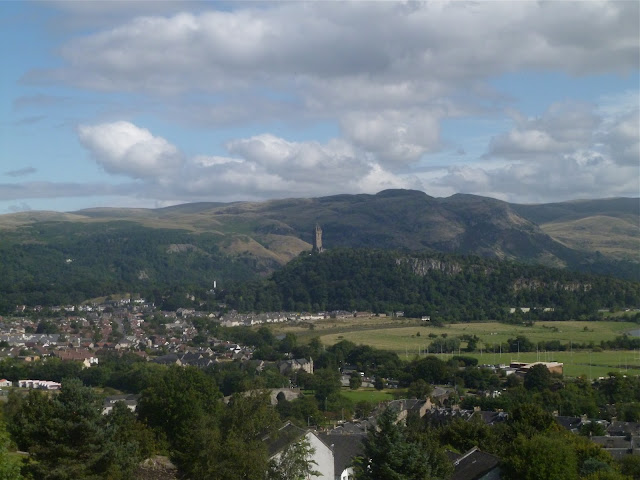 Stirling Castle has a turbulent history, as do most of these past royal residences. It played a key role in the Wars of Independence [1296-1357], and over the centuries has been through fifteen sieges.  Rivals were murdered, royal babies baptised, marriages planned, and baby monarchs were raised at Stirling. Mary was crowned Queen of Scots here in 1543. More recently, like Edinburgh Castle, it has functioned as a military headquarters. This statue, commemorating Robert the Bruce, stands on the castle esplanade. 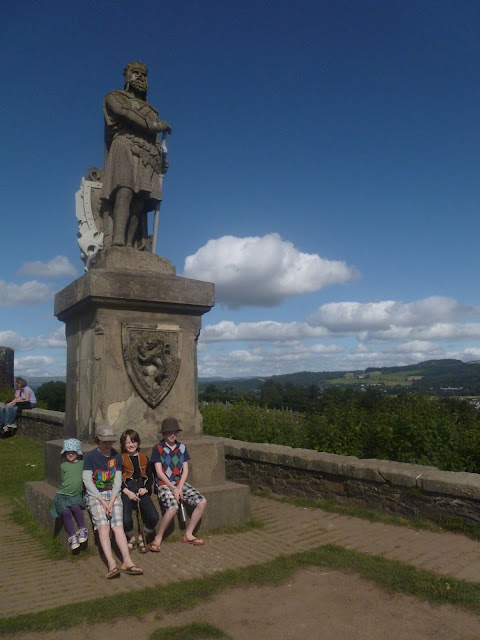 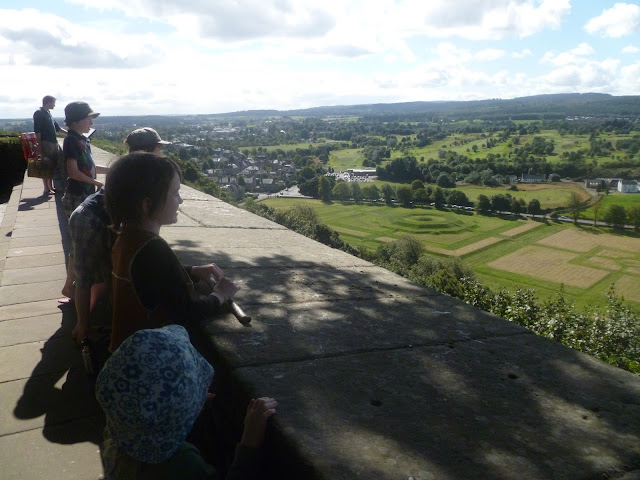 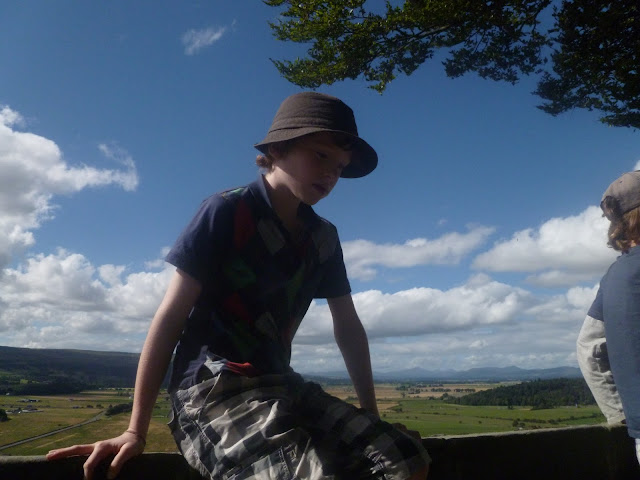 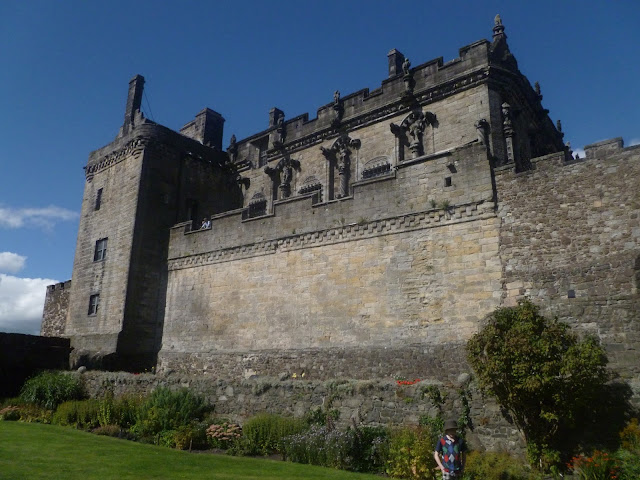 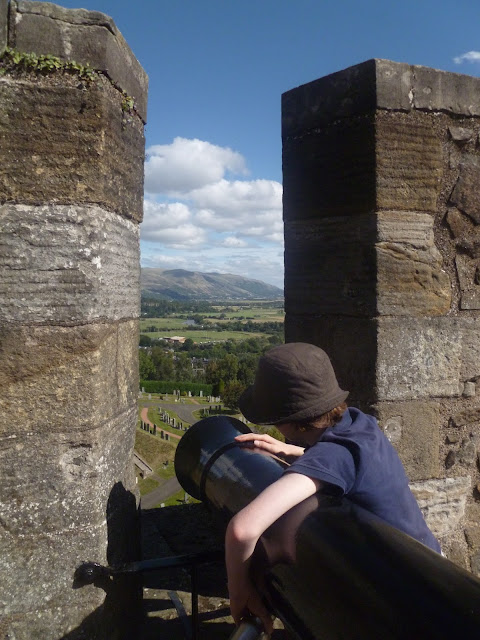 Another view of Abbey Craig and the Wallace Monument. 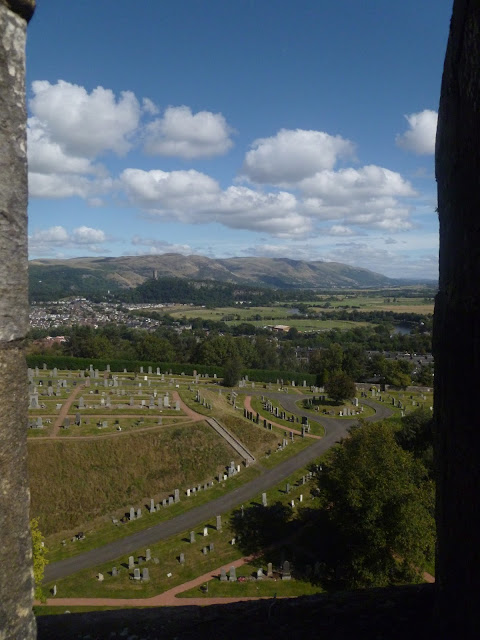 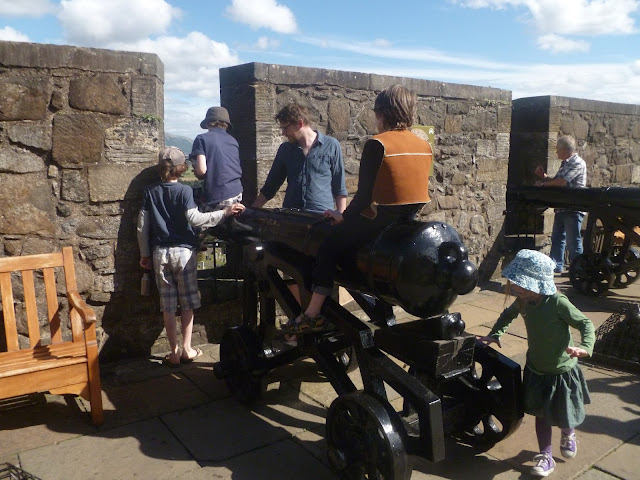 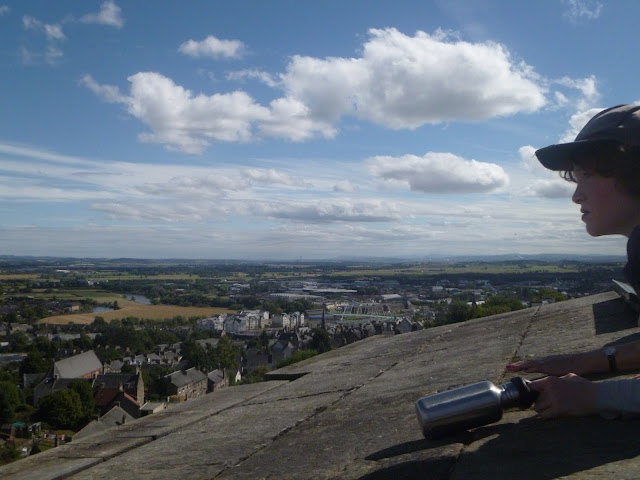 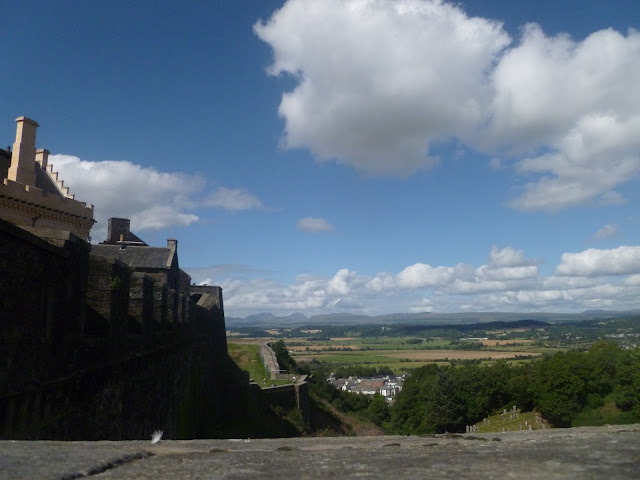 The interior of the Chapel Royal, built by King James VI [father of Mary, Queen of Scots] for his son Henry's baptism in 1594. 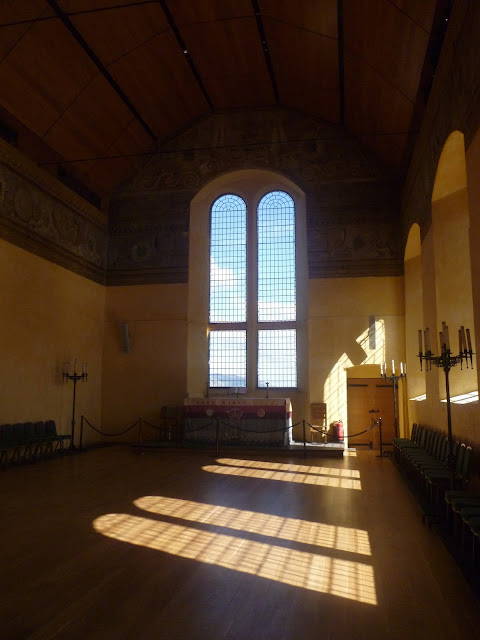 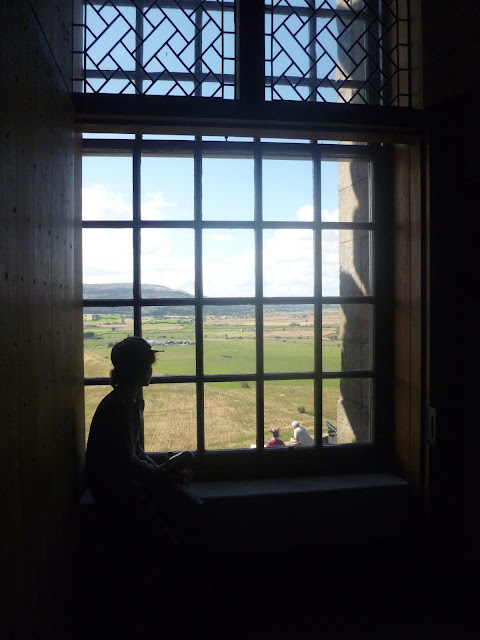 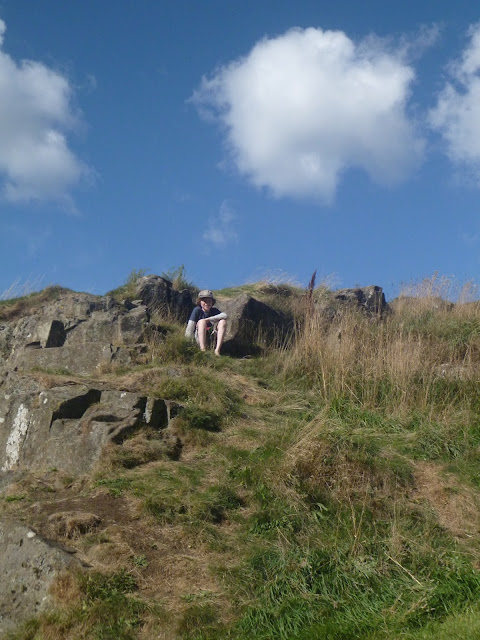 Besides cannons to climb on, steep drops to navigate, and dangerous walls upon which to perch, there were many interactive exhibits inside the castle for the kids to enjoy. 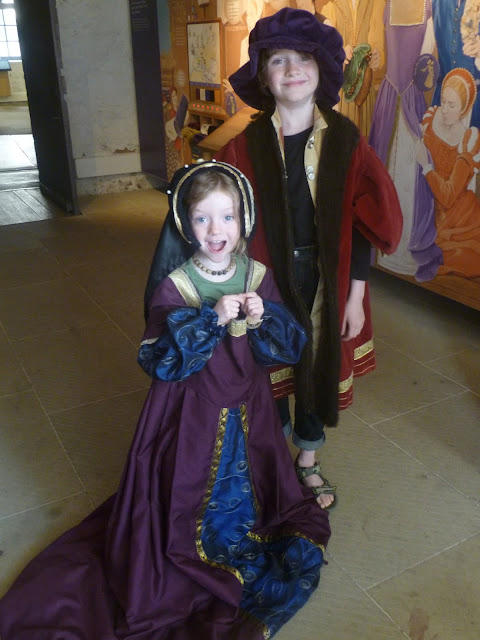 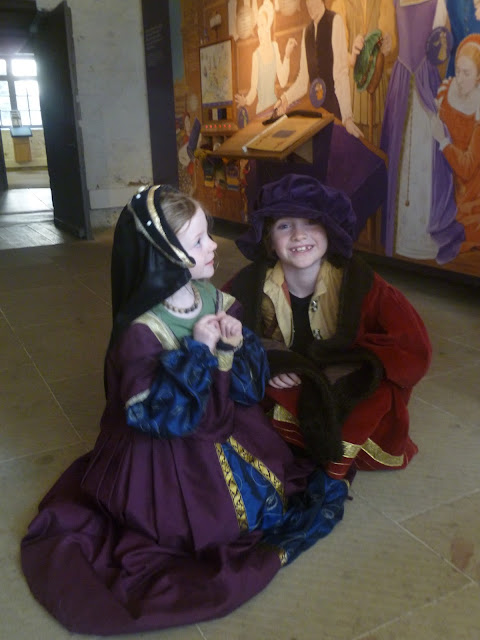 We watched a skilled tapestry weaver from West Dean College working on a reproduction of one of the Unicorn tapestries. Some of these reproductions are already displayed at the castle, in the Queen's Presence Chamber. 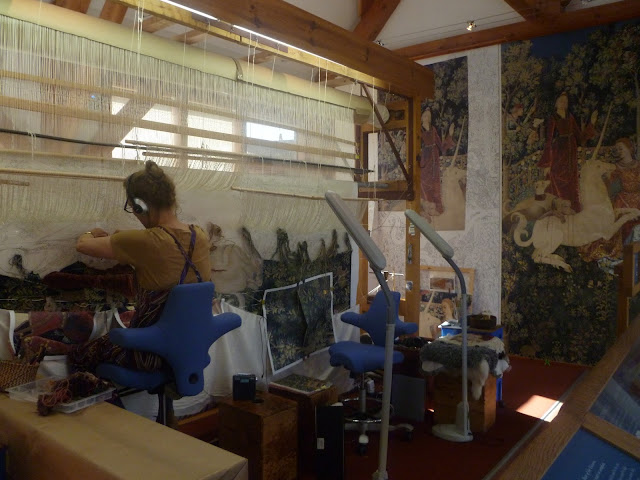 Goodbye, Stirling!  We didn't have enough time to fully appreciate every inch of this amazing castle, but hopefully someday we will be back. 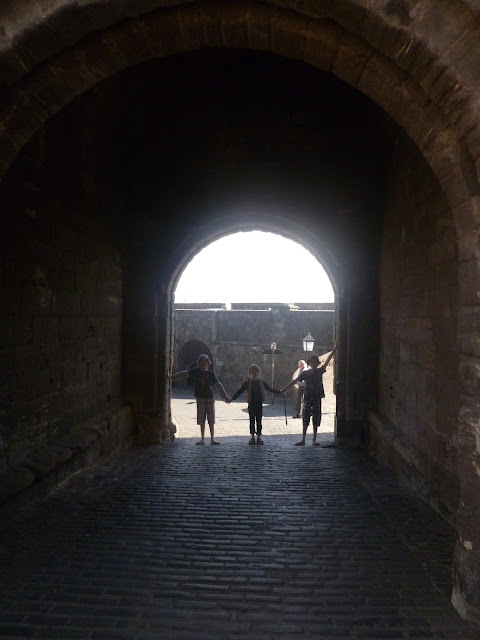