The Library of Birmingham

When building work for Birmingham's new library commenced in 2010, I hoped that we would still live in the Midlands by the time it was in existence.

After a few delays, the new library actually opened in September. We've often viewed it from the outside through many stages of building, but to finally walk through the doors today was so exciting! 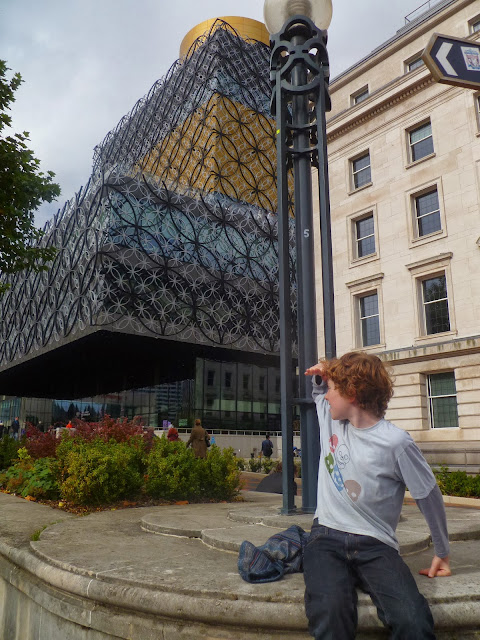 It is phenomenal: a real work of art.  As we rode up the escalators through the central rotunda, we were surrounded on all sides by books. Floor after floor, bookshelves curving and definitive. 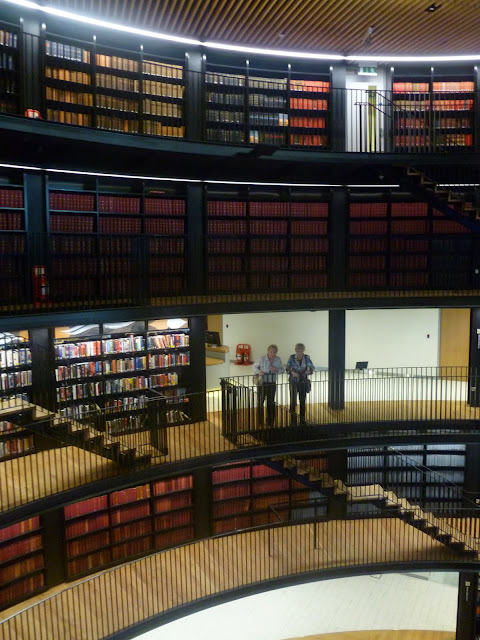 Another library visitor stood in front of me on the escalator and I couldn't help overhearing his conversation.  "You could spend all day here," he said to his companion.  "Especially if you wanted to read books."

I couldn't help laughing.  All day?  I could spend all YEAR in there reading books, mate! 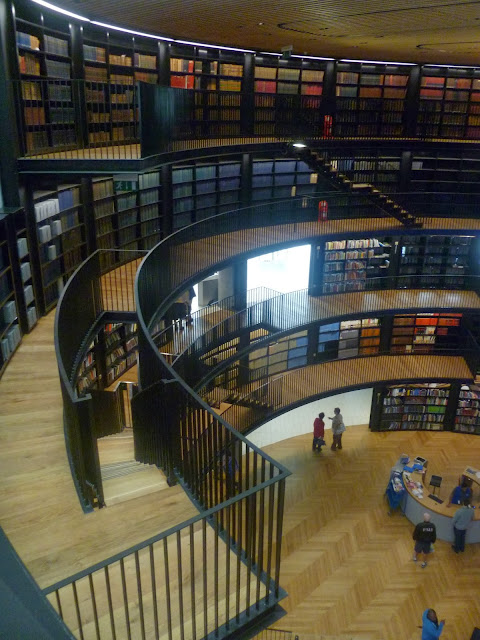 There are two outdoor garden spaces. The Discovery Terrace, on the fifth floor, includes fruits, vegetables, and flowers.  [as well as Righty and I, silhouetted against Birmingham's skyline] 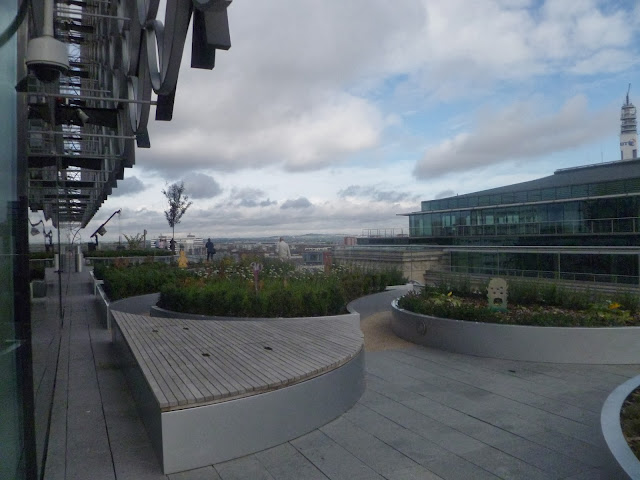 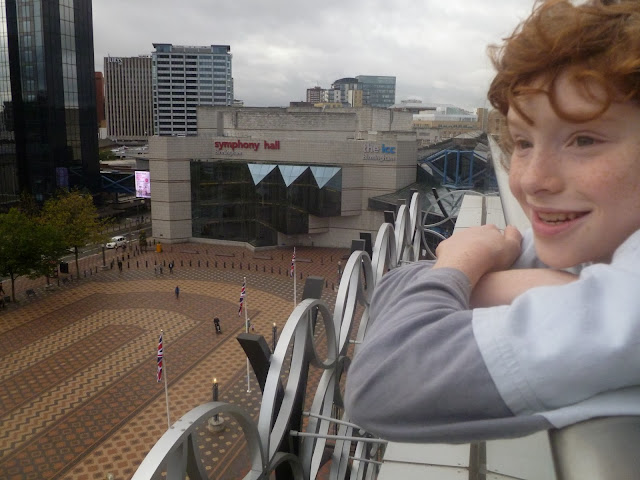 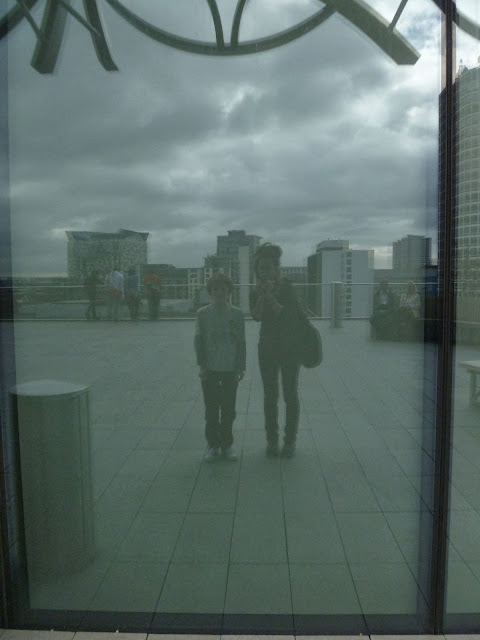 The Secret Garden, on the seventh floor, has many benches and seats and there are fantastic views of the city from there.  We discovered landmarks on the horizon that helped us pinpoint the location of our house, miles away. 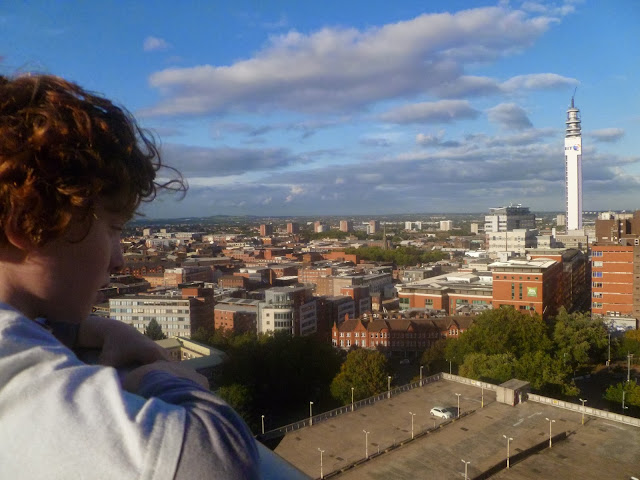 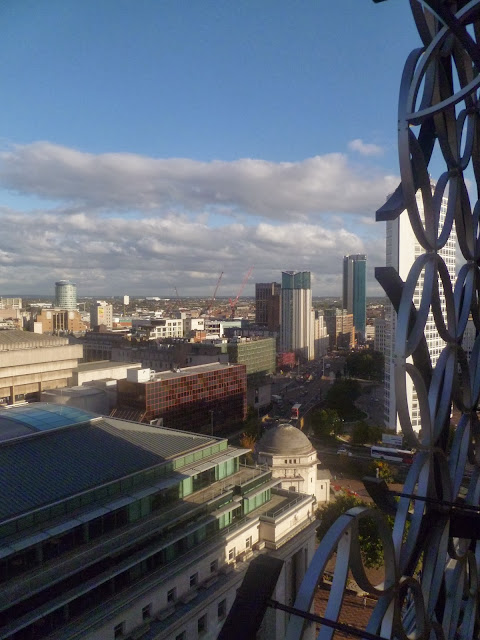 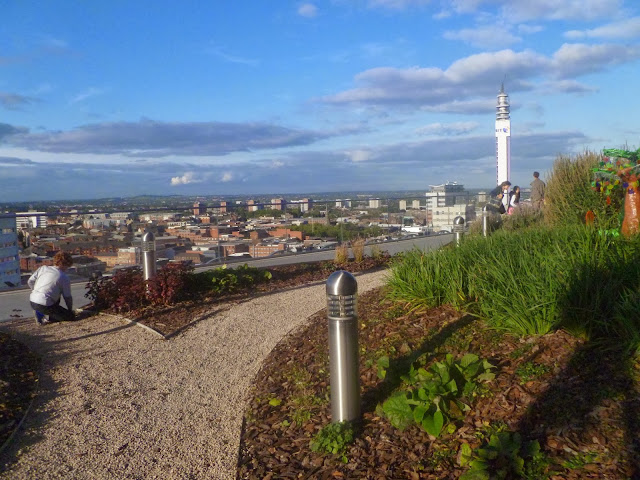 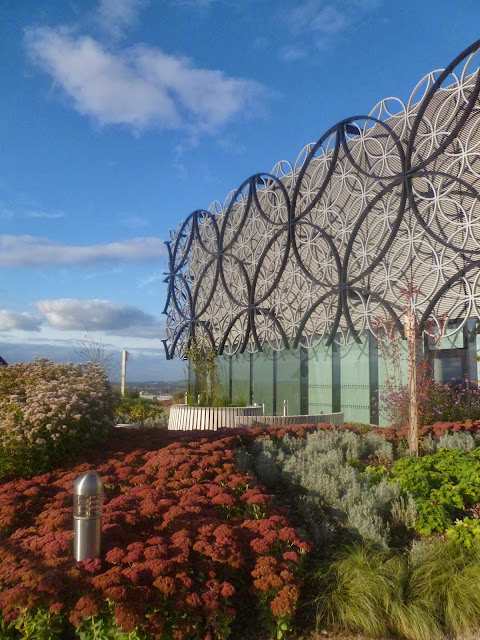 After climbing up nearly one hundred stairs [Righty didn't want to use the lift] we reached the Shakespeare Memorial Room, on the ninth floor.  This room was originally in Birmingham's old Victorian library; when that building was demolished, the room was dismantled and packed away.  It was mind-blowing to walk through the light, glass spaces of the modern library and then suddenly step into the darkness of the Shakespeare Room.  Wooden panelling and ancient shelving define this room and the difference was striking. Apparently this collection is one of the two most important Shakespeare collections in the world, containing 43,000 books, including a copy of a First Folio 1623 and copies of the four earliest Folio editions.

We ran down the stairs after that, all the way down, humming "Far Over the Misty Mountains" from The Hobbit movie.  The acoustics in the stairwell were perfect for it.

We both felt reluctant to go; it was as if we'd just stepped into a vast world of fascination and imagination and had to leave it too soon.  I'm hoping we have a chance to return just once; a day would be sufficient to fully explore the building while, sadly, ignoring the books for lack of time. 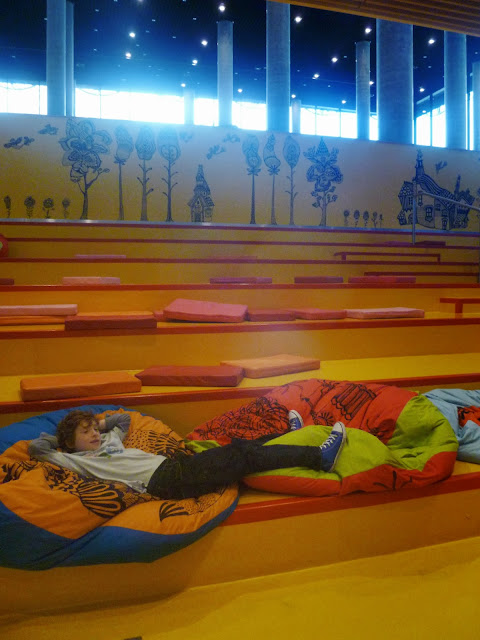