Just a few short weeks ago, I was nearly halfway through my fourth pregnancy.  At eighteen weeks, my midwife visited and was concerned when she couldn't find a heartbeat for the baby.  Days later, Dan and I sat in a darkened room for an ultrasound scan and saw our fifth child curled up peacefully inside, perfect but for his silence.  No heartbeat.

It's true that this was not a terrible shock.  I had felt something was wrong, for so many weeks.  As days of pregnancy had crawled by, the sickening nausea I experienced from the beginning was almost unbearable. I'd never had such stomach cramping and pain with the other three, even during the twins' pregnancy.  The kids and I had experienced symptoms of food poisoning in June after eating fruit that was part of a nationwide recall, and my "morning sickness" seemed to be entwined with normal "flu" symptoms until I couldn't tell the difference anymore.

The doctor was clear: this was not a miscarriage, and at nearly nineteen weeks, was not far enough along to be considered a stillbirth.  It was simply "fetal death", and as my body was choosing not to deal with it, labour would have to be induced.

Dan and I went to the local hospital Sunday evening after a day spent with friends, family, and our children.  We sat in quiet and near-darkness for hours.  Dan played his guitar and we spoke in hushed tones to each other and with nurses as they periodically came in to check on me.  In the end, I was only in proper labour for an hour, and gave birth to our tiny baby boy around 7am yesterday.  He was still in the amniotic sac, placenta fully attached --no complications or need for any other interventions-- it was a complete birth.

Not quite six inches long, weighing about 1 1/2 ounces, this little boy was small but clearly one of ours.  His long legs, big torso, and scrawny arms were an exact replica of his two oldest brothers!  Though I will never see him as they are now I can easily imagine him with auburn hair, freckled faces, and big grins, just like theirs'.

We called him Solomon simply because it means "peaceful", which perfectly describes how we've felt during this time.

My father built a box using cedar wood that Dan found in the woods last autumn.  Solomon, wrapped in blue flannel, rested in the box, and the kids placed treasures inside: a bird drawing from Righty, a long letter from Lefty, and a card from Coo.  Mr J wrote a note and shared some of his special things with his little brother: an English penny, a plastic ring, and three crystal "jewels". 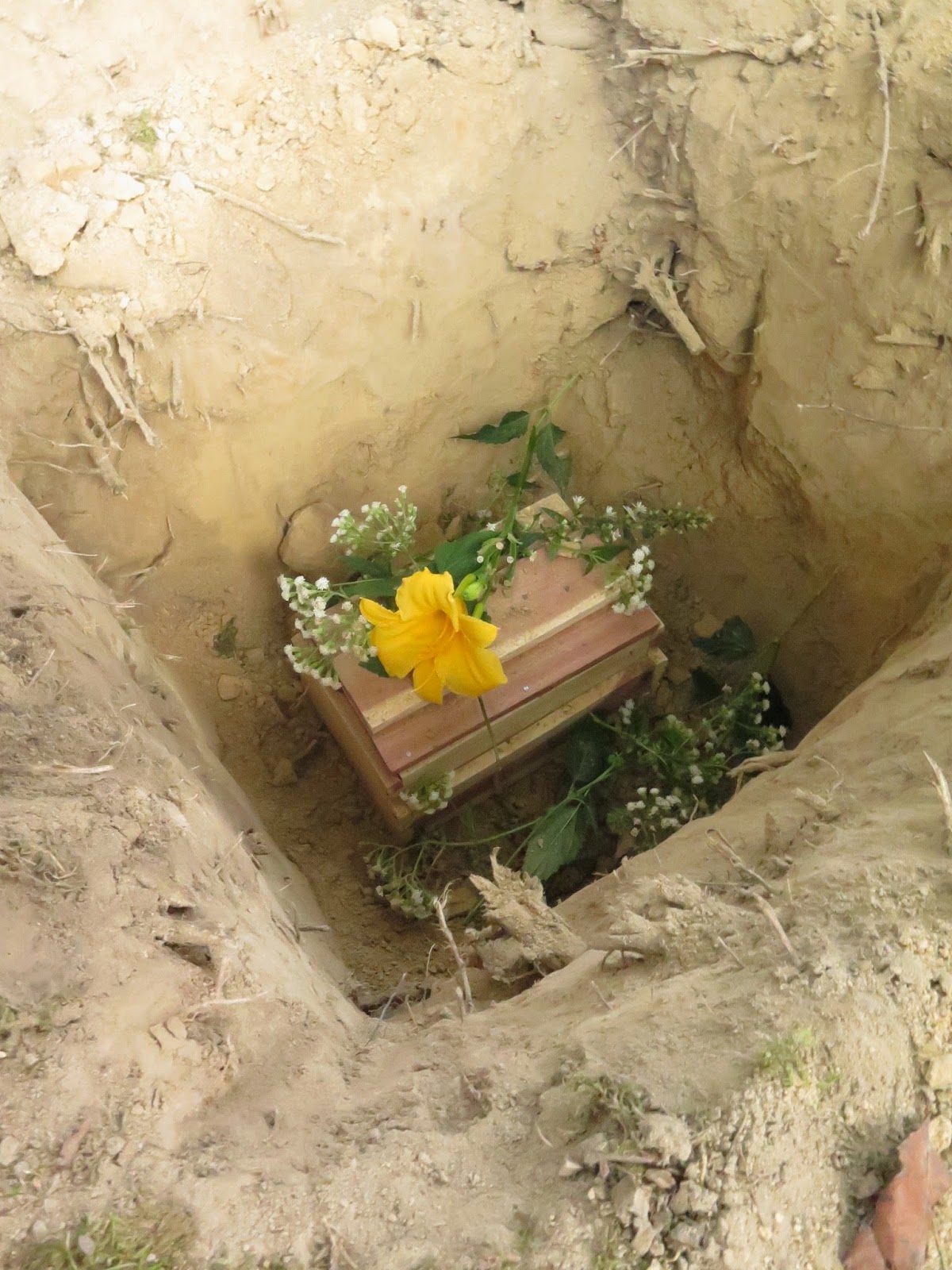 We buried baby Solomon in his little box, halfway between a white oak and a cedar tree.  Dan played the guitar and some of us spoke out our thankfulness to God for Solomon, in spite of his short life.  Wildflowers are everywhere at this time of year and we gathered handfuls of them to cover his box. The children decorated the mound that remained with chestnuts, acorns, sticks, and more flowers. 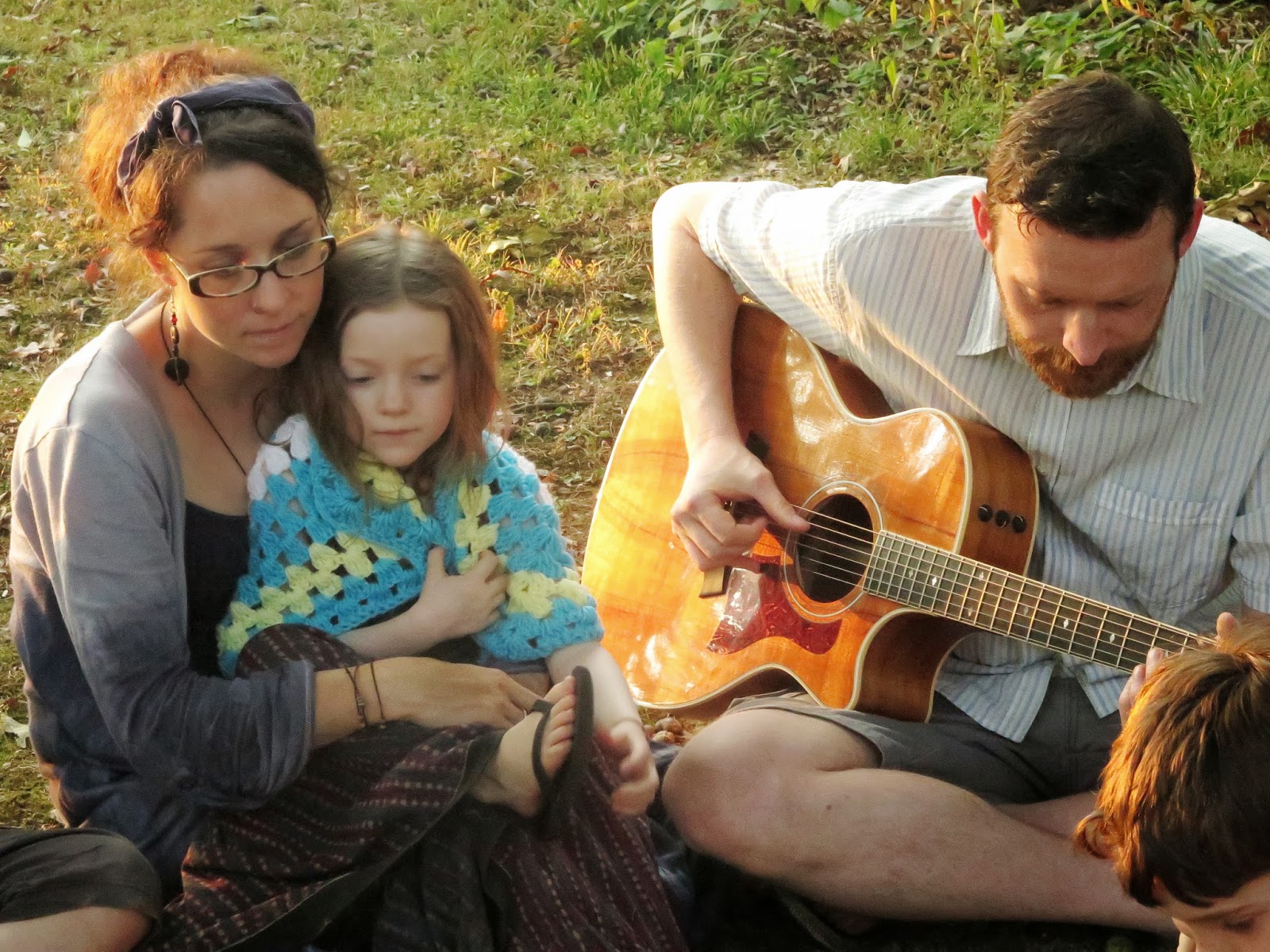 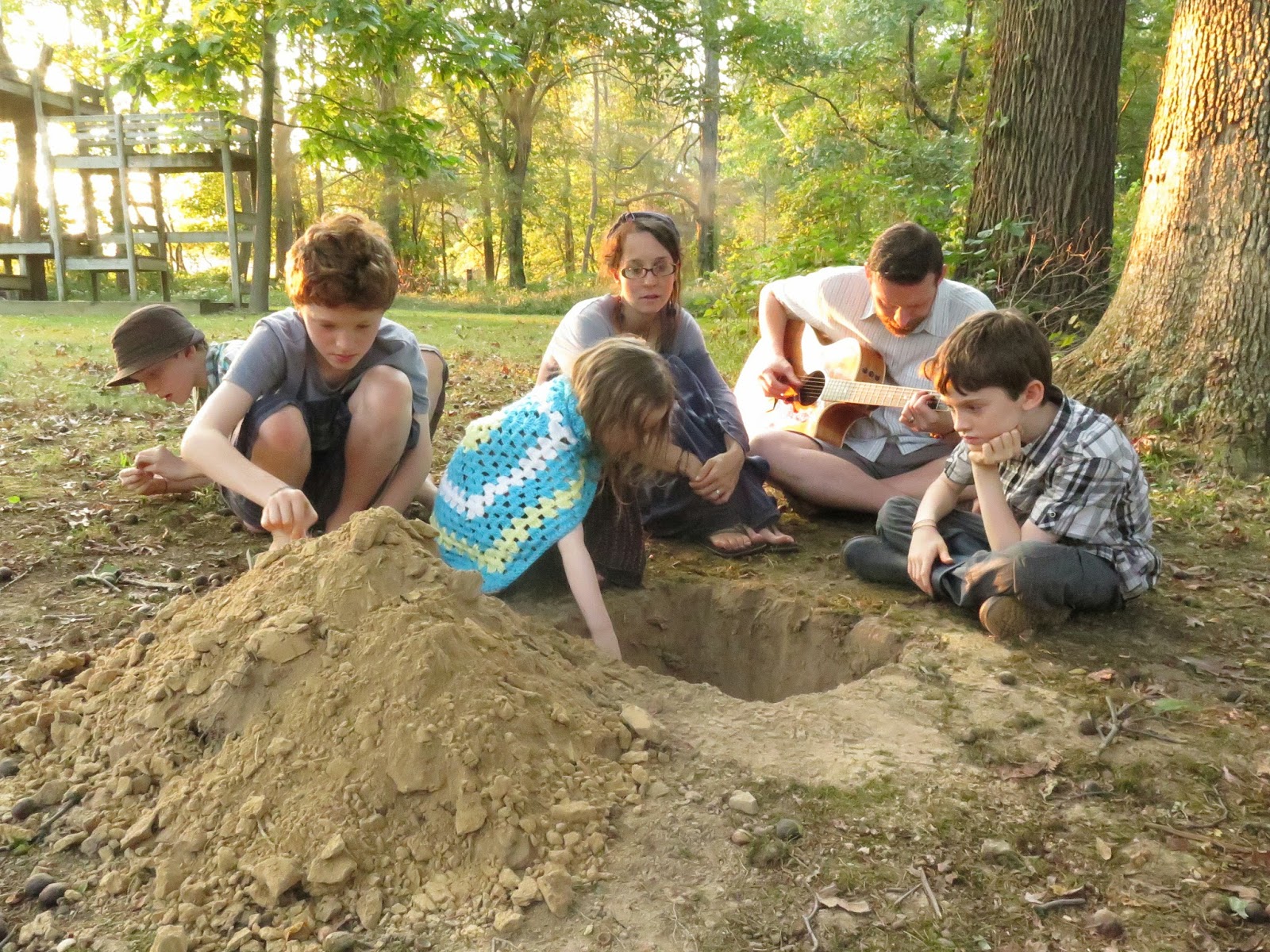 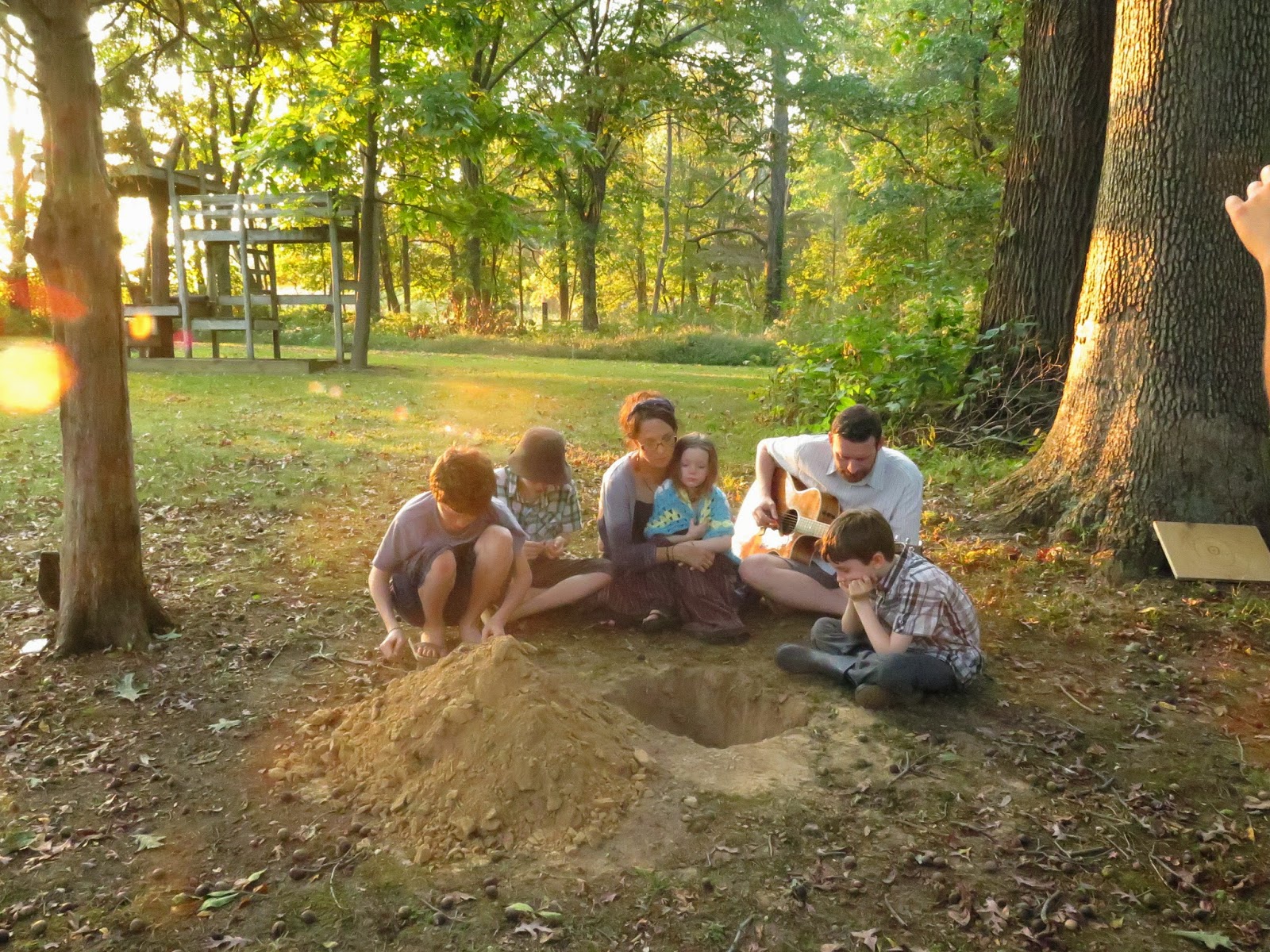 We sat outside on the ground nearby as the sun dropped down in the evening sky.  Golden sunshine  scattered ribbons of light around us and the quiet was peaceful.

Sadness is close, always nearby when we think about the unexpected death of our baby.  But a deep peace is near, too, always there.  The life of God inside us is the same breath that gave life to Solomon, and we are at peace knowing that Solomon is now with Him.

Dan and I are so thankful for our parents, who've been so helpful and supportive, and for our friends far and near.  Even though many of you are faraway, we've felt so much love from all of you. :)

All photos for this post were taken by Tracey Stanton.
Posted by Erin at 11:00 pm