I've just finished reading the book that possesses the same title as this post. Written in 1855 by Elizabeth Gaskell, it is an absorbing fictional exposition of the cultural differences that existed in Victorian England between the north and the south of the country. Eight years ago, the BBC filmed an inimitable visual adaptation of this novel. I'm considering putting it on for the kids to watch during the next rainy afternoon, as we've recently been learning about the advent of the industrial age, and this BBC production of "North and South" provides a wonderfully in-depth look at both the pros and cons of industrialisation.

However, the good news here is: we have had NO rainy afternoons!  Sunshine, brilliant and blinding, beating down from a hazy blue sky, has lasted for five days. And it's been warm, too. A summery atmosphere pervades our overgrown back garden, as laundry dries in just a few hours on the line and the door from the house into the garden stays open all afternoon.

In Northern [industrial] news, I've been


The kids' further enlightenment about the Victorian industrial age, compliments of the BBC and a rainy afternoon, can wait as long as it likes. Because while this sunshine lasts, we're going to make the most of it! 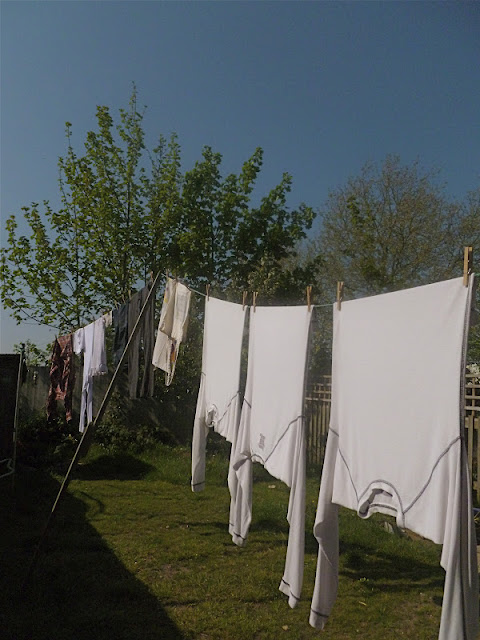 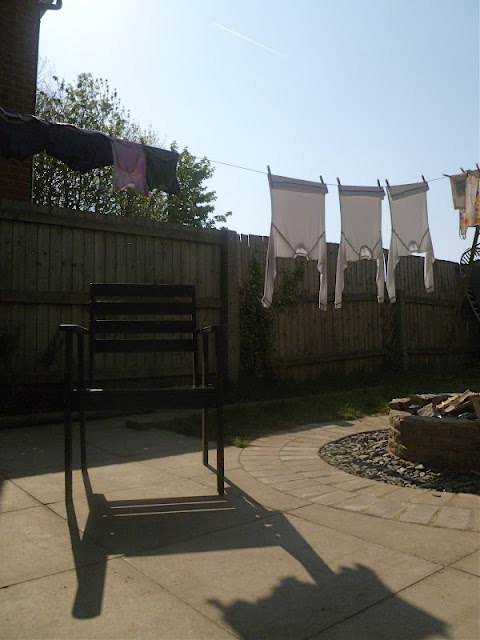