Yesterday marked our first trip to Wroxeter this year!  We have been many times before in the past four years, but not yet in 2012. It's also the first time we've attended planned activities at this English Heritage-run Roman site.

Today, the three boys tried their hands at Roman army drills and gladiator fights.  It was fun, and I'm proud of all my wild boys: 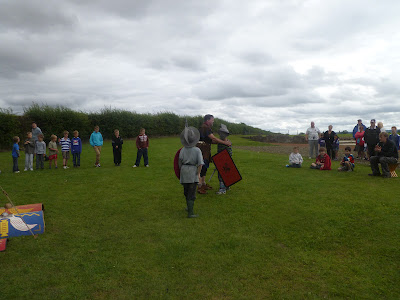 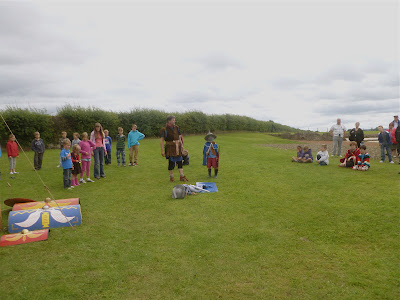 And Righty [centre, in red cloak] who has just started in on a smaller opponent... 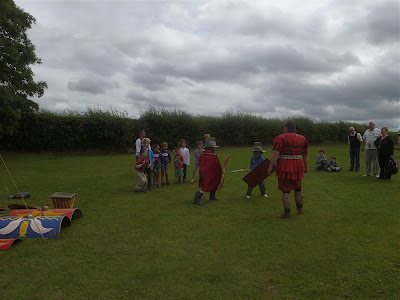 My favourite: watching them complete the testudo [tortoise], a defensive formation that the Roman army was well-known for using so successfully.  I thought this group of kids did a great job! 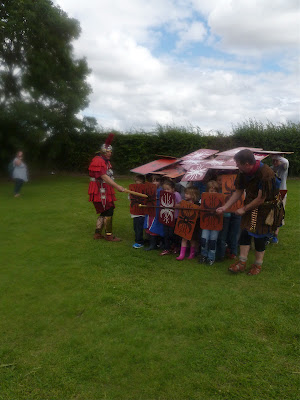 And Righty pretended to be a scarily-masked Charon, entering the arena after a fight to ensure the injured criminal [who had fought as a gladiator] was actually no longer with us. 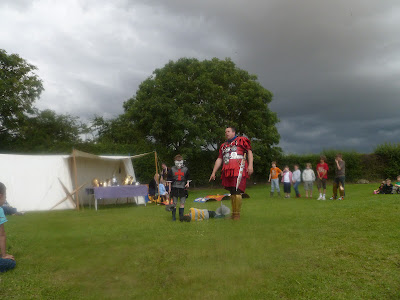 However, little daughter was unhappy.  She didn't like the shouting, the clashing of swords and shields, the dying --however pretend it was.

As happy as I am that the boys had a blast, I understand Coo, because I am like her.  A person who doesn't appreciate violence.  She wanted to make the bivvy-sheet we were sitting on more comfortable, curl up with one of the boys' forgotten dress-up cloaks, and find a treat to eat. 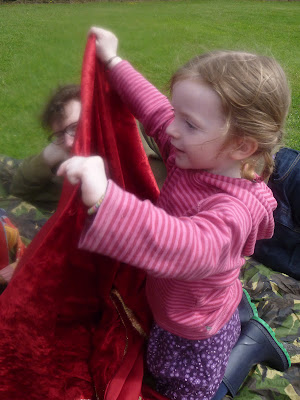 As we ate our tea last night, I pointed out to the boys that it must have been hard for early believers in Jesus who were in the Roman army.  They thought for a while and agreed with me.

"Because they weren't allowed to show mercy," Lefty said.