We left Middlesborough this morning, planning to drive over to Keighley and then make our way to Haworth to visit the Brontë Parsonage Museum.

Before we reached Ripon, we saw signs for a few National Trust places and decided to make a quick stop at Fountains Abbey after we noticed that it was also a World Heritage site.

Our quick stop turned into a three hour adventure!

The grounds contain the ruins of a Cistercian Abbey, built nearly a thousand years ago.  The abbey was a thriving community until Henry VIII ordered the Dissolution of the Monasteries, when he took charge of the English church, cut ties with Rome and immediately began lining his royal pockets with the extensive wealth belonging to the Catholic churches and monasteries. Monasteries had their roofs removed to prevent the monks from returning, so Fountains Abbey's roof is now the sky --beautiful!

Today the ruins are just one part of a royal park that also encompasses an impressive water garden, a deer park, St Mary's church, Fountains Hall, and a kids' play area.  We saw it all at frenetic pace, and fell into the car exhausted afterwards, to eat our lunch.  I don't think peanut butter and jam rice cakes, water, and apples have ever tasted better! 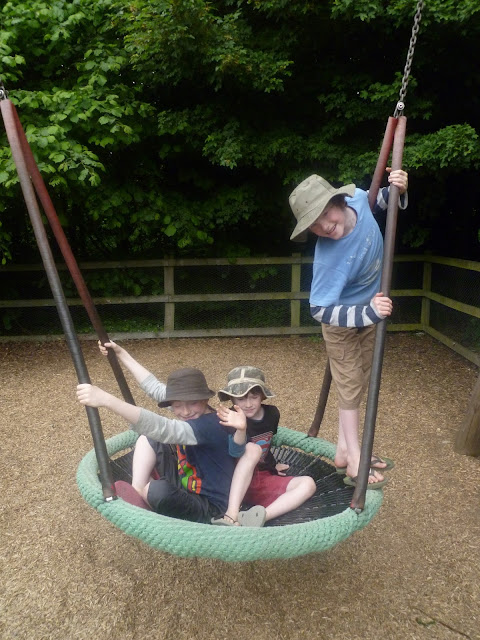 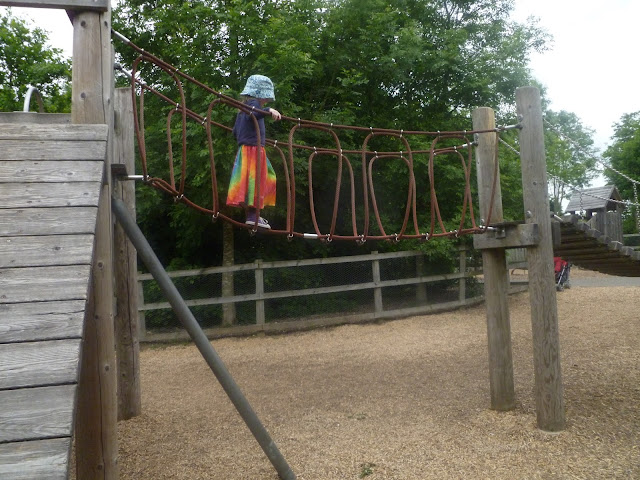 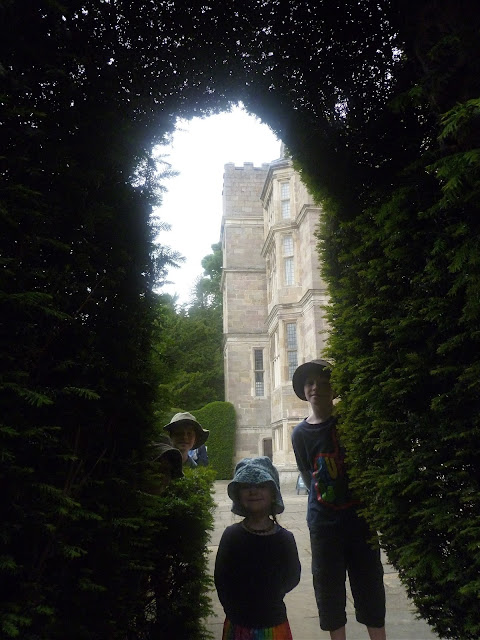 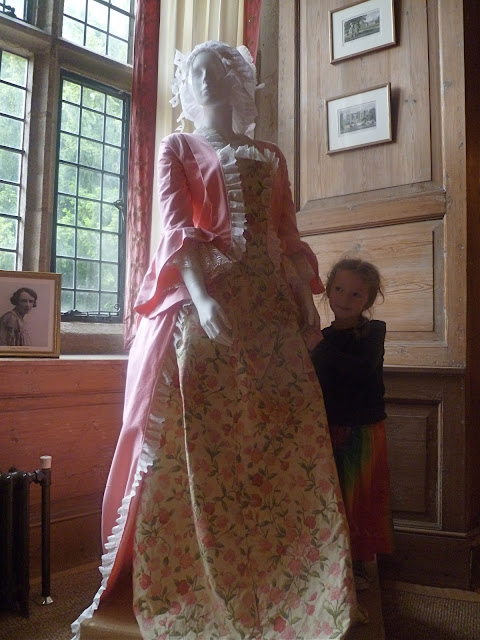 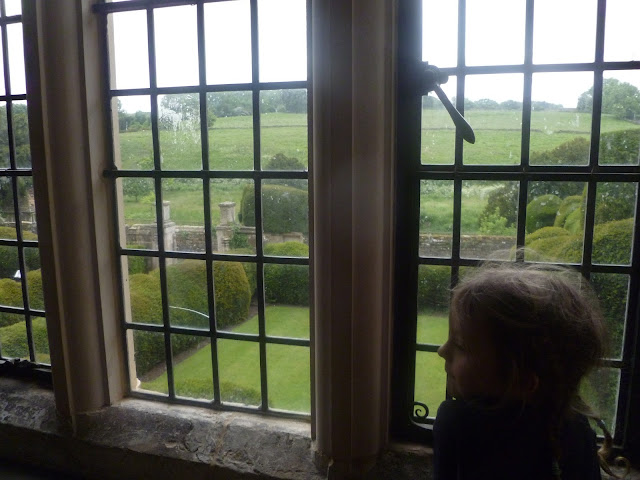 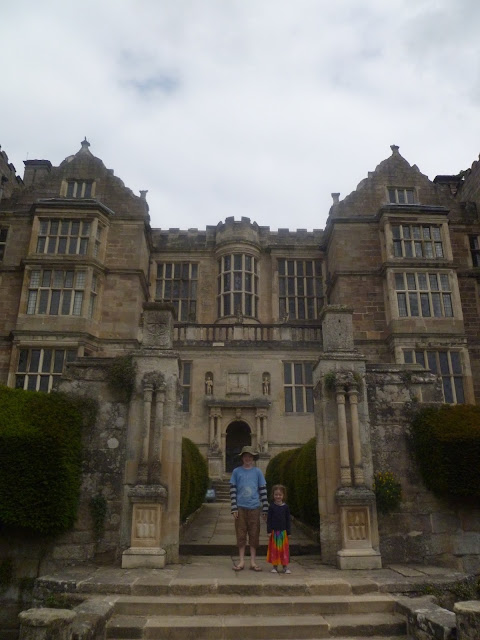 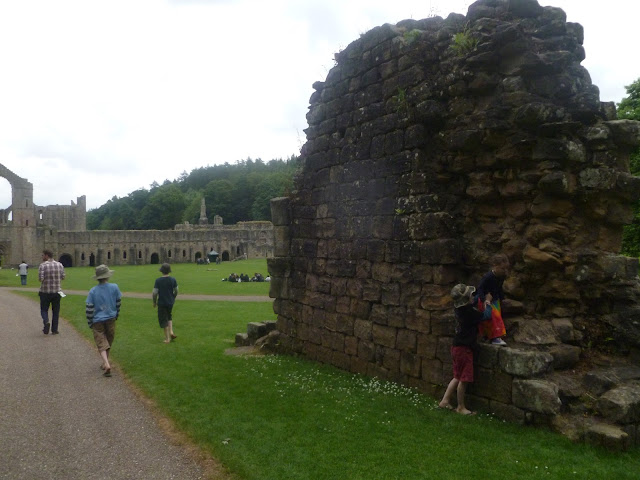 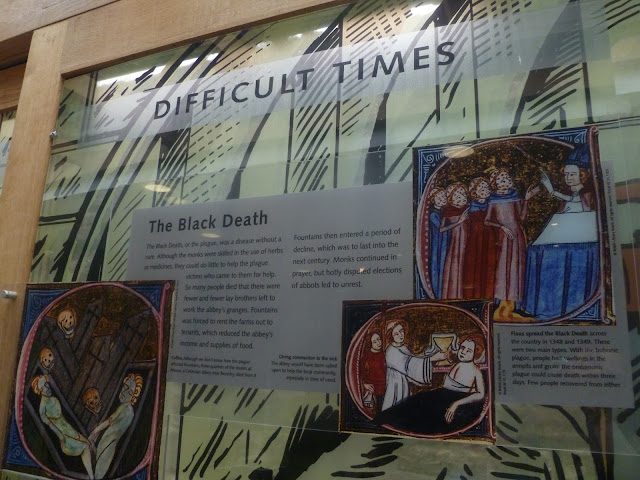 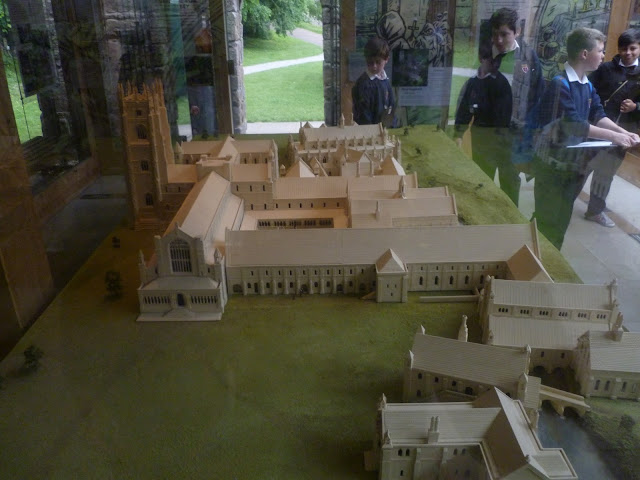 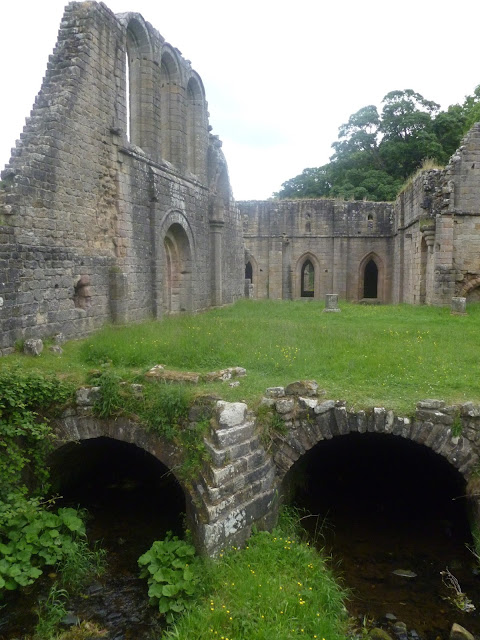 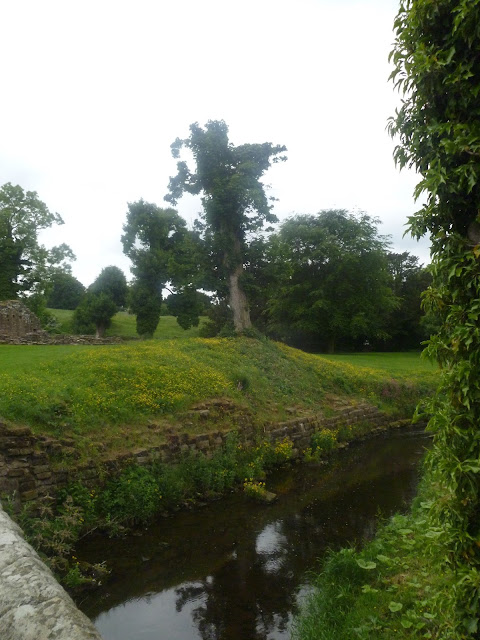 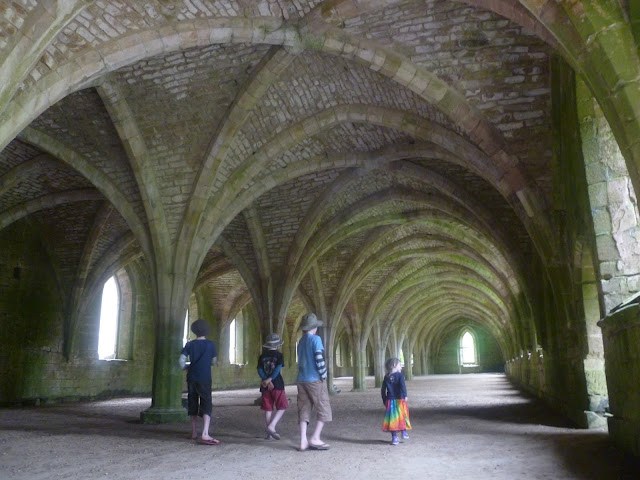 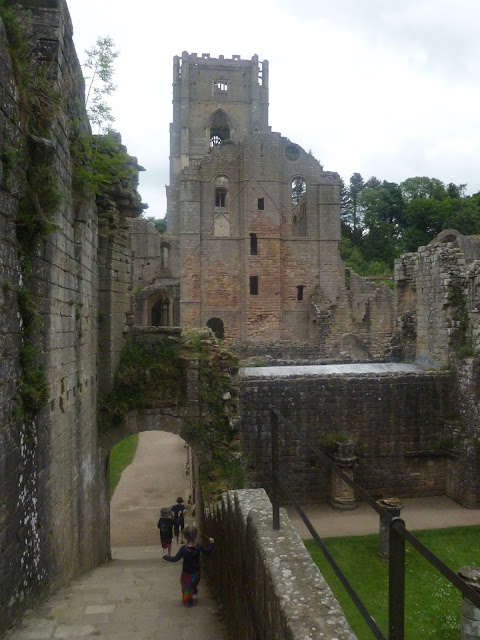 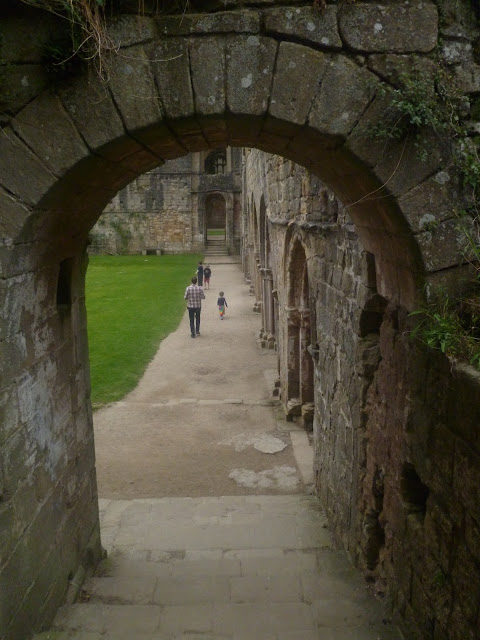 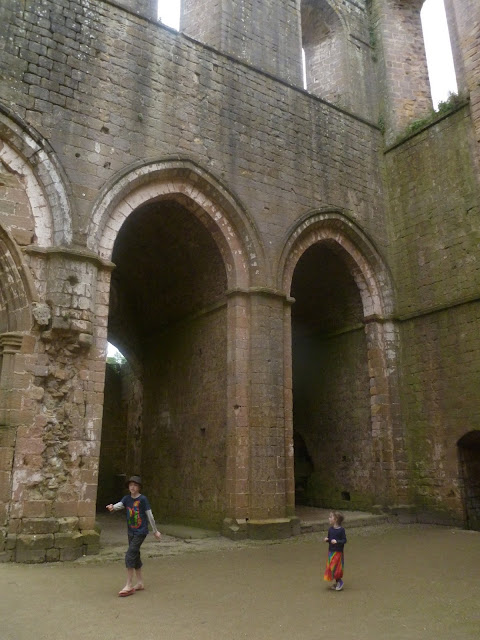 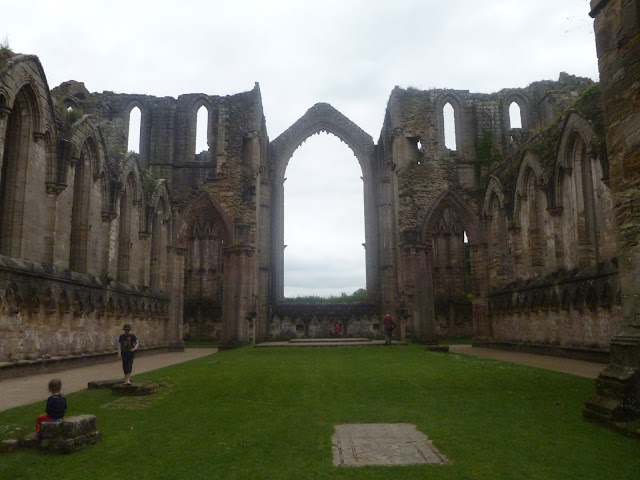 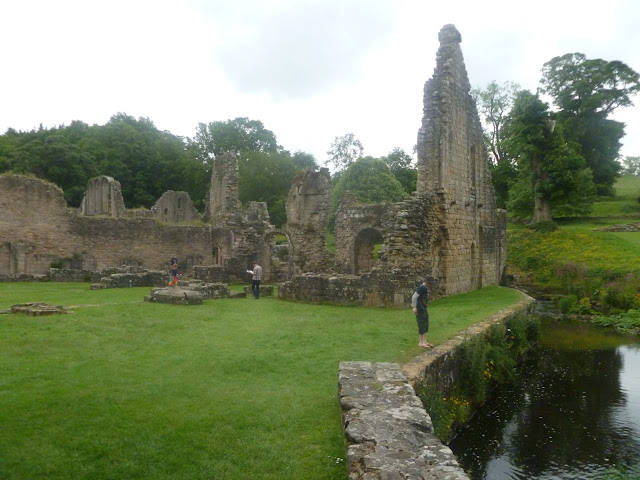 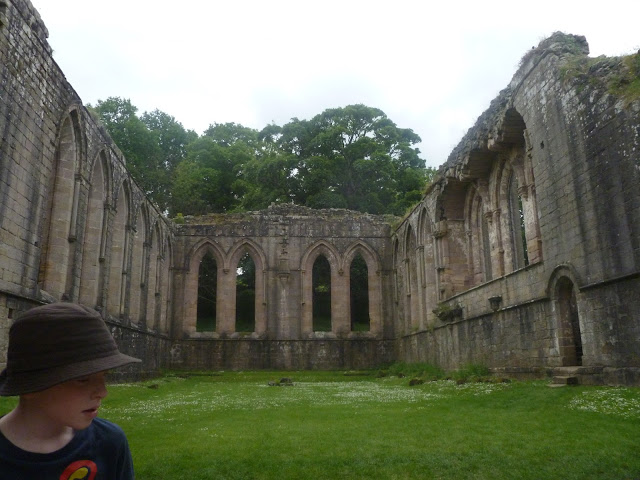 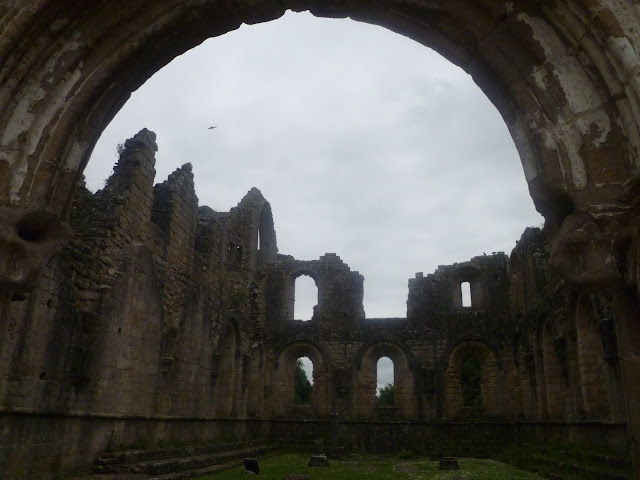 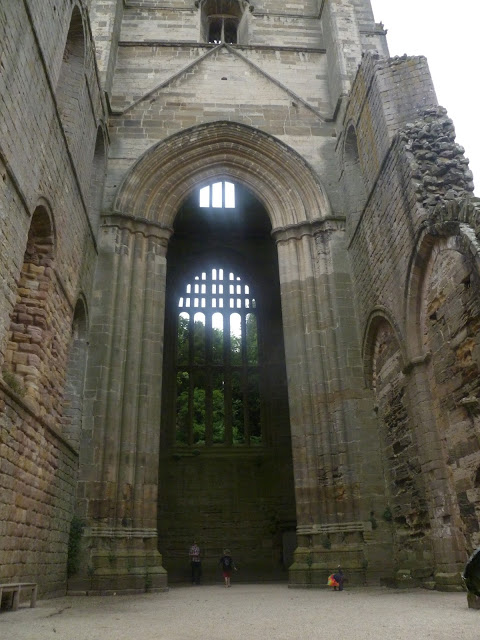 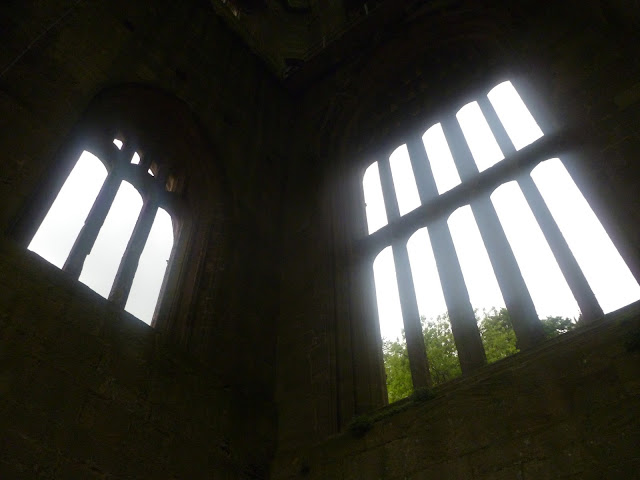 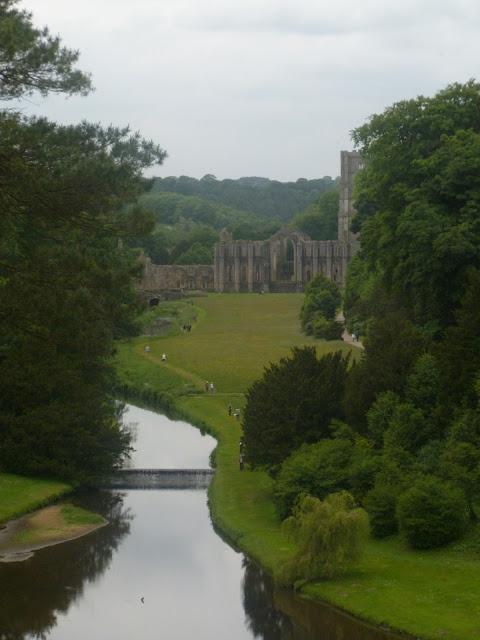 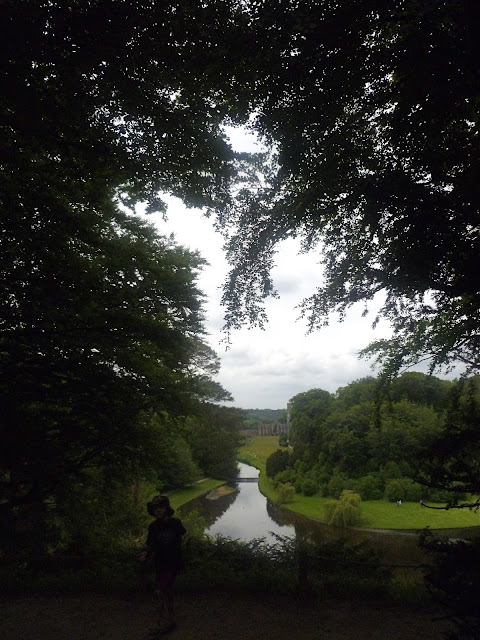 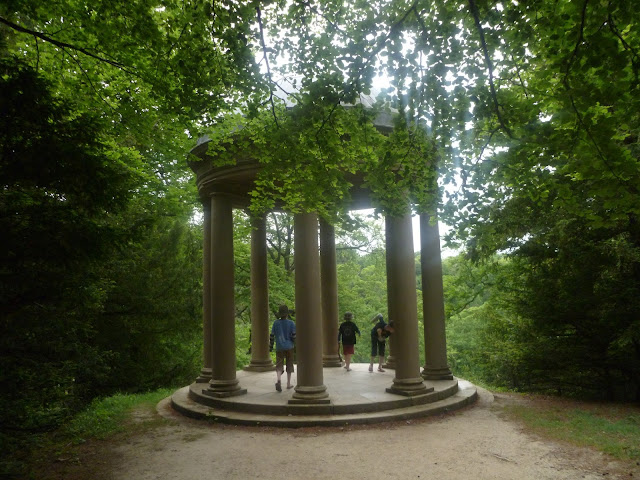