During our trip up north, our Saturday included a visit to nearby Saltburn [wondering seriously where this name originated?!], a spacious beach with a craggy cliff to the right, steep grassy hills behind us and a clear expansive stretch of the North Sea in front.

These four started the morning very early with cups of hot chocolate. 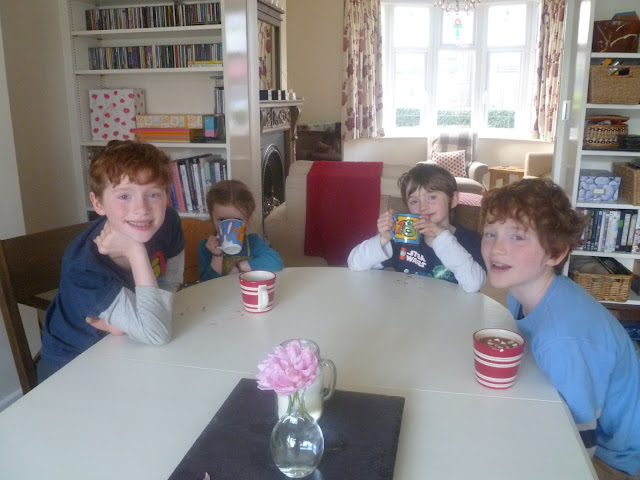 In spite of raindrops pattering on the windows of the car, their enthusiasm for this long-expected day out at the beach wasn't lost! 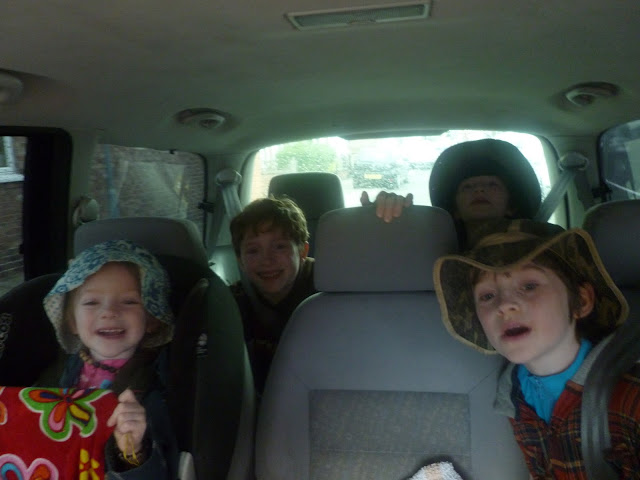 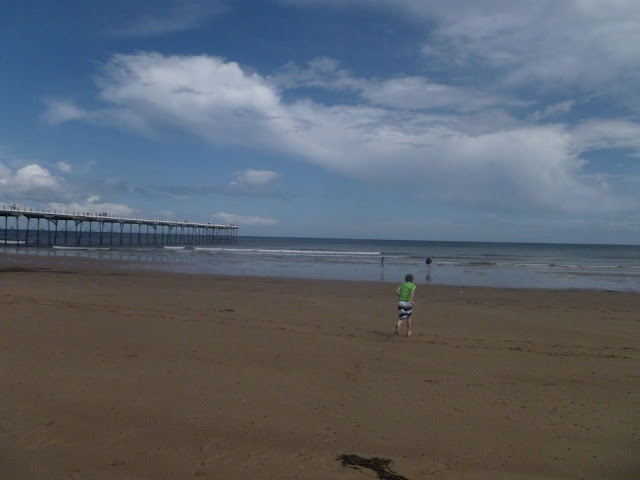 The sun was shining when we arrived, and the boys ran straight into the water.  Coo, however, wasn't so sure.  Finally she decided her place was on the pink chair, safely seated on the sand. 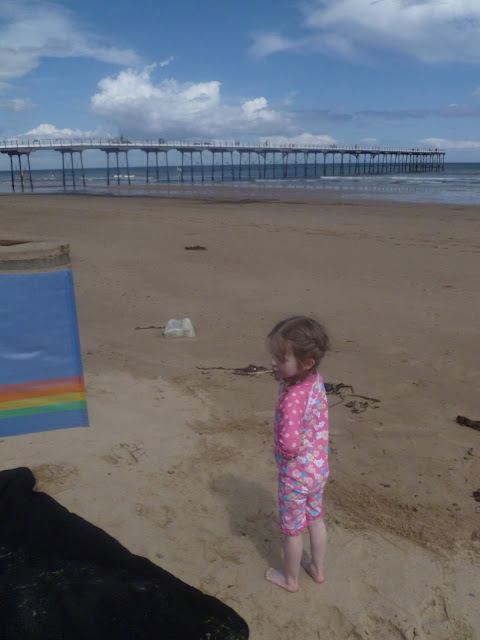 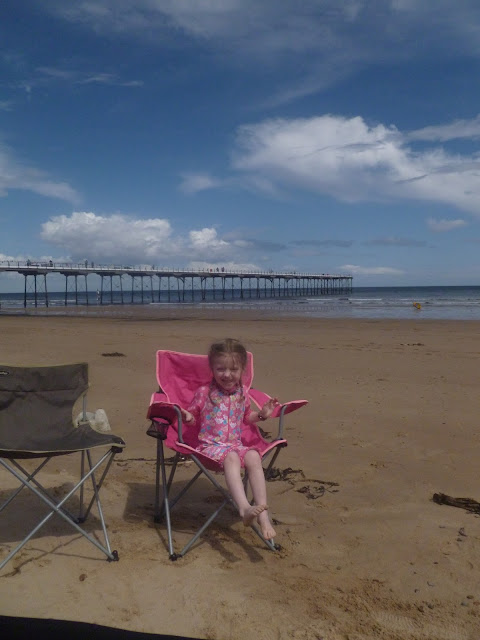 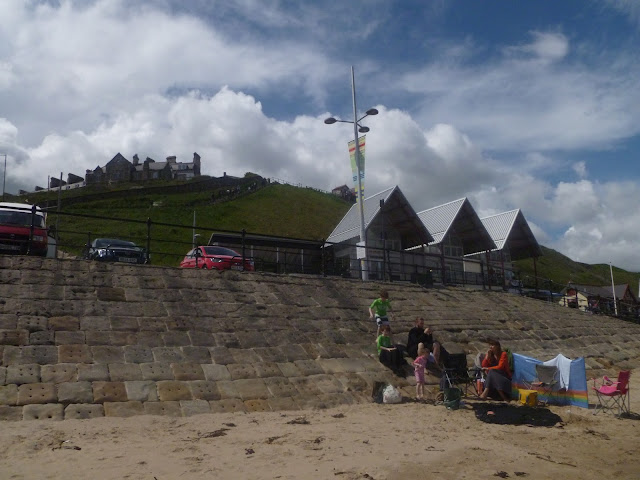 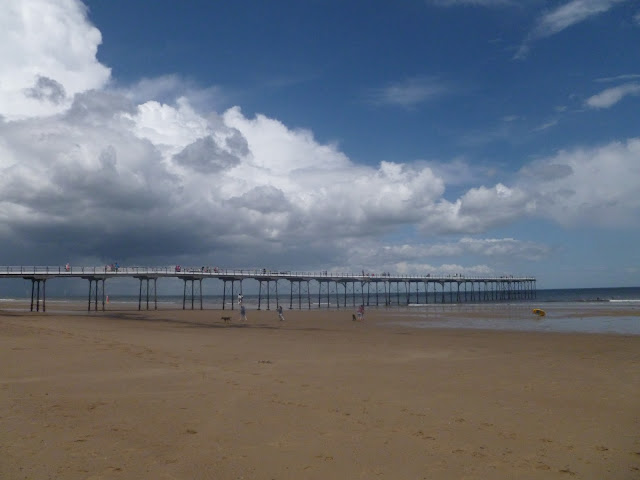 We watched two storms pass us, swiftly moving out to sea: one to the left, and one to the right.  However, our spot stayed sunny for most of the day. During the early afternoon, it was actually hot.  The sea was the opposite.  The water was icy, and though I waded briefly, I couldn't bring myself to go any further; unlike the boys, who were racing into freezing cold waves up to their chests. 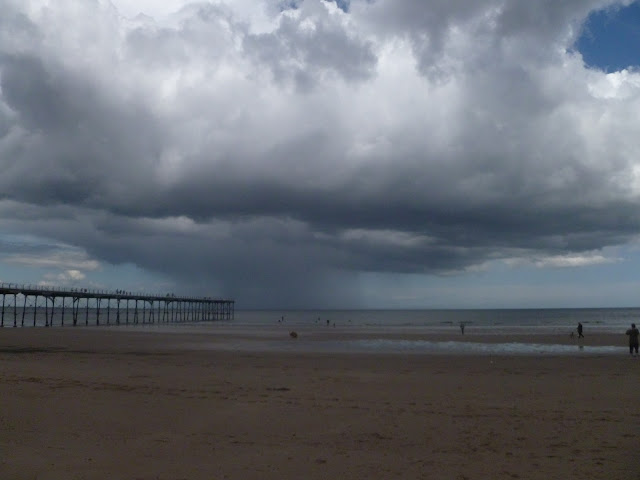 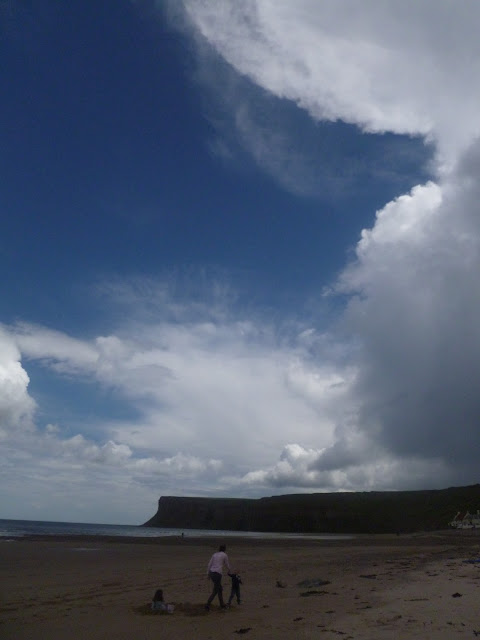 I sat on the beach all day.  From the time of our arrival until we left, a total of seven hours, I sat on the beach.  Of course there were interludes of movement.  I built endless sandcastles with Coo, searched for rocks and shells, and walked over to the fish and chip shop to collect our lunch.  But mostly, I sat on the sand.  I don't think I've ever slowed down and sat for that long on a beach, but there's a first time for everything! 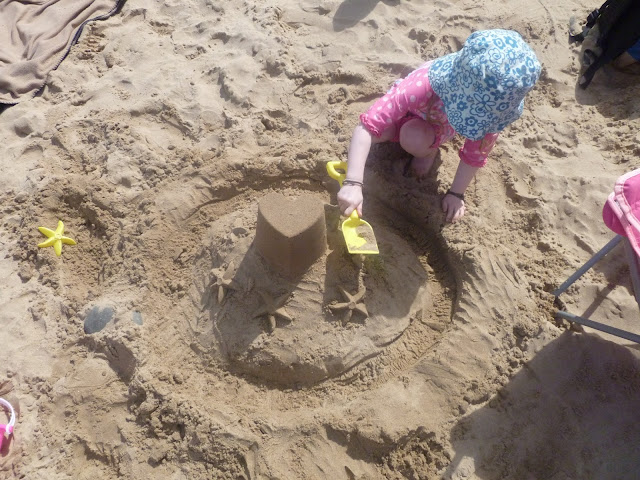 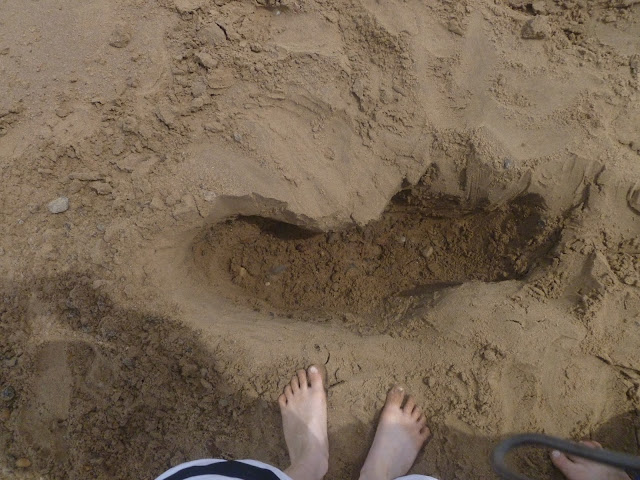 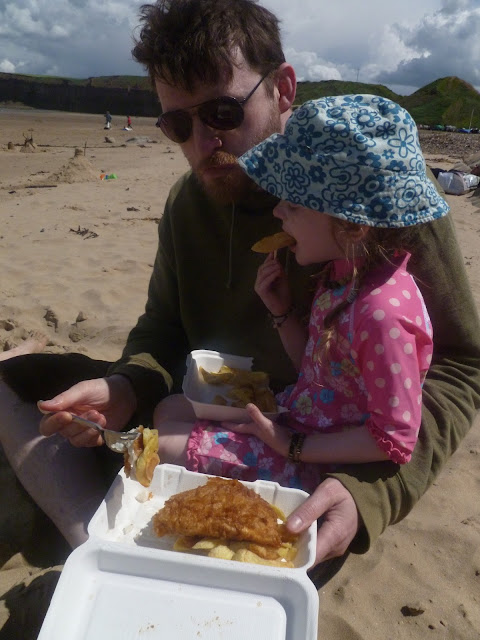 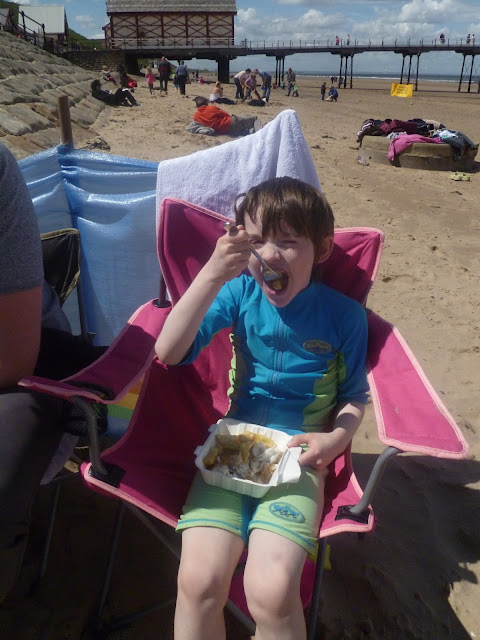 The cliff is called Huntcliff, and near its base still stands a row of houses that constitute Old Saltburn, including the Ship Inn, a public house renowned as being the base for smugglers in the distant past.  We saw no suspicious activity, unless you want to count the number of people in our party who by their own admission used the pretext of wading in the water as a means of having no need for the public toilets nearby.

The three boys spent quite a lot of time in and out of the sea, running back and forth across the enormous space of sand in front of us, exploring among the rock pools with Dan, and walking along the base of the cliff close to the water. 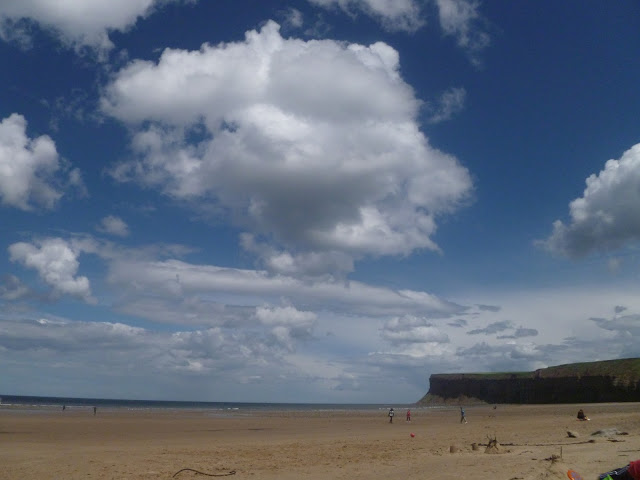 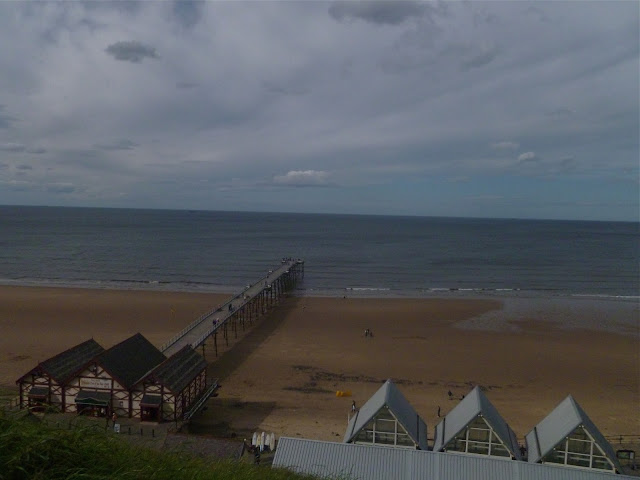 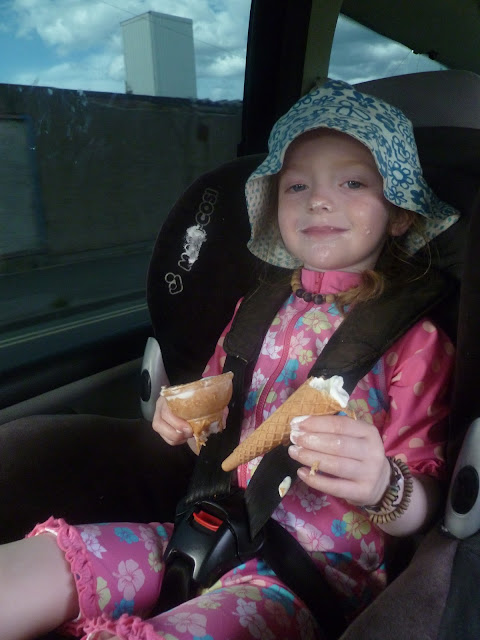 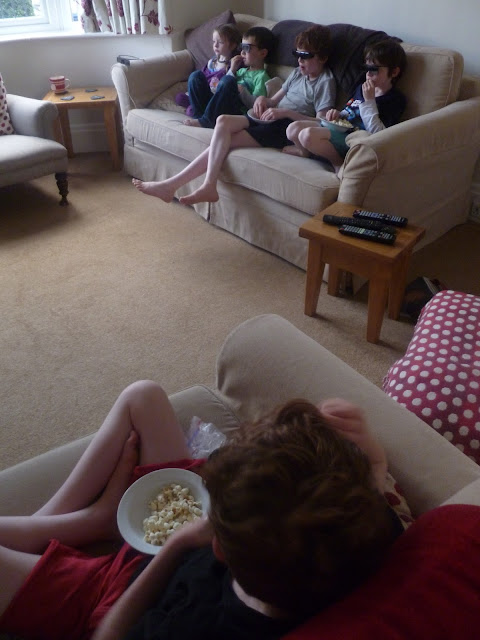 After a quick stop in nearby Redcar for ice creams, we finished the day back in Middlesbrough.  The boys and Coo enjoyed watching a movie with their newfound friend Nat and eating James-made popcorn.

When the kids finally slept, exhausted, we sat around with the adults --why yes, that included us!-- and talked.  A few flashes of lightning sent Dan, Tom, and James off in the car storm-chasing.  They saw nothing impressive but I'm sure it was fun.

I was contradictorily tired by the end of the evening in spite of a day doing virtually nothing but lazing around on a beach in the sunshine!
Posted by Erin at 10:30 pm