We spent the first week of this month on holiday in Scotland. We stayed in a large house near Edinburgh with Grammy and a group of close friends.

Once upon a time, I lived in the Scottish Borders for a year and spent quite a lot of time in Edinburgh.  I've returned since then on several occasions for short visits, but this is the first time I've felt like a real tourist! Maybe it's the ten-year absence, or the fact that we were with a large group of friends.  Or maybe it was because we did lots of touristy things; I actually went into the tourist-trap type shops on the Royal Mile that I once avoided, this time walking away with postcards and cosy woollen tartan scarves made in Scotland.

Somehow it all felt very familiar, like returning home, with a contrasting edge of differentness.  Essential places and remembrances were the same, albeit maybe a bit more old and tired.  I didn't want to see this favourite city of mine through the eyes of a tourist, but I suppose it was inevitable.  Ten years is too long.

Edinburgh Castle was exactly the same.  Lefty and Righty visited once as toddlers, but it was Coo and Mr J's first time.  They loved it.  The stick in Mr J's hand below is actually a "flute", which he "played" almost constantly. 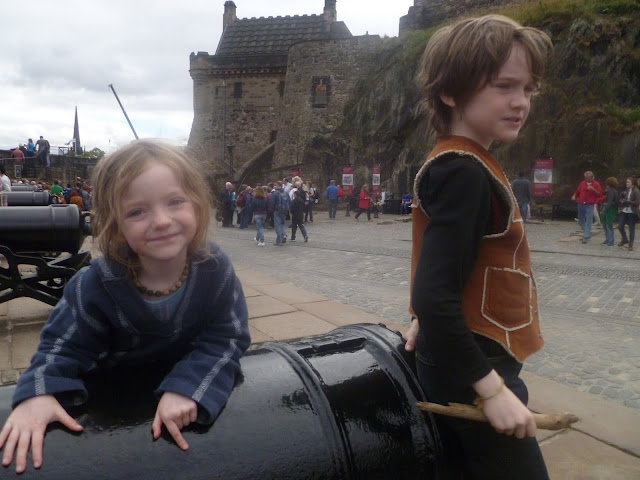 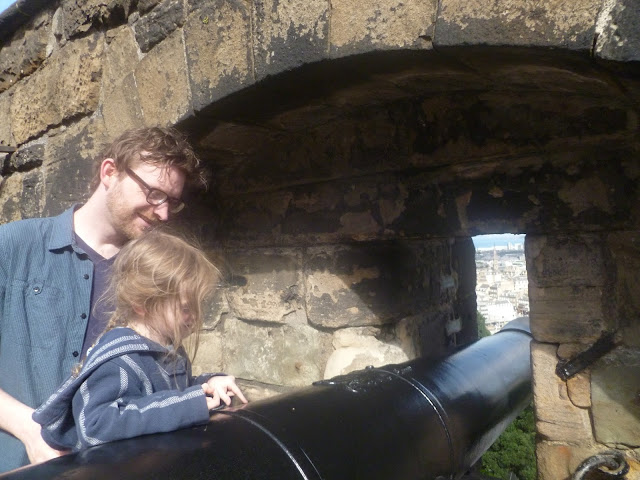 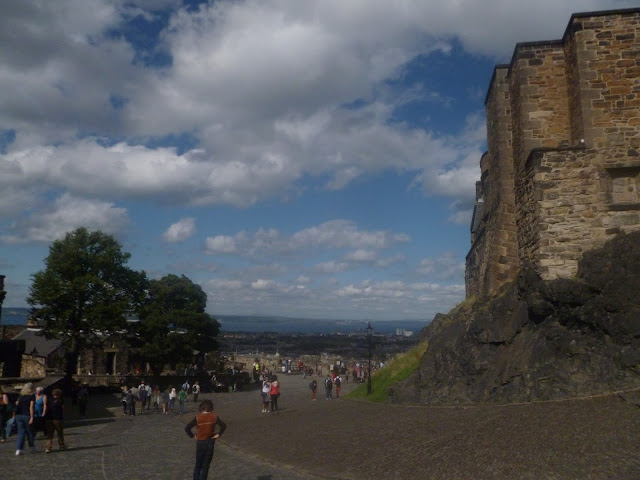 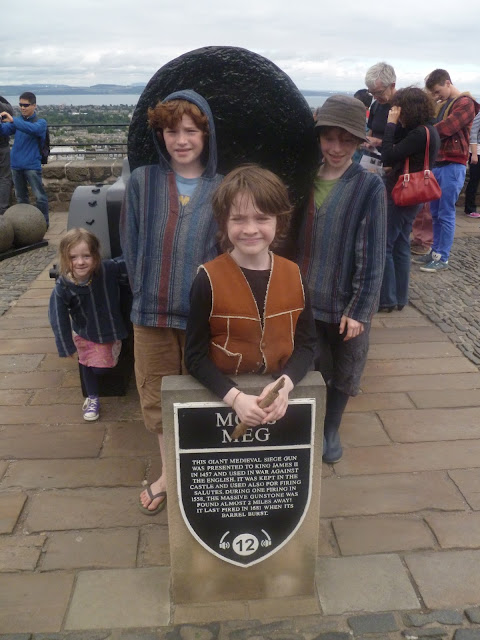 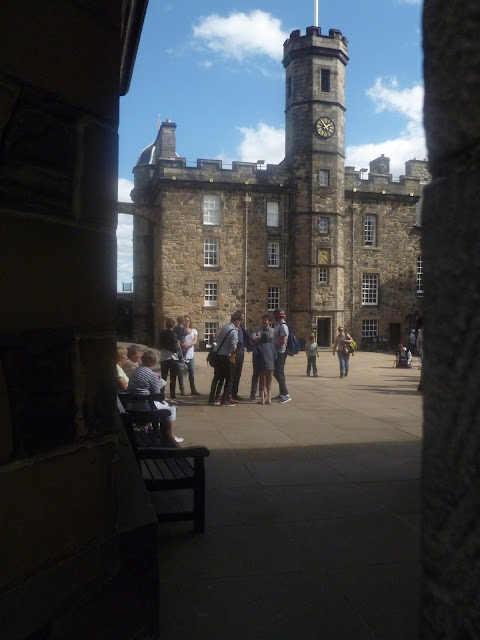 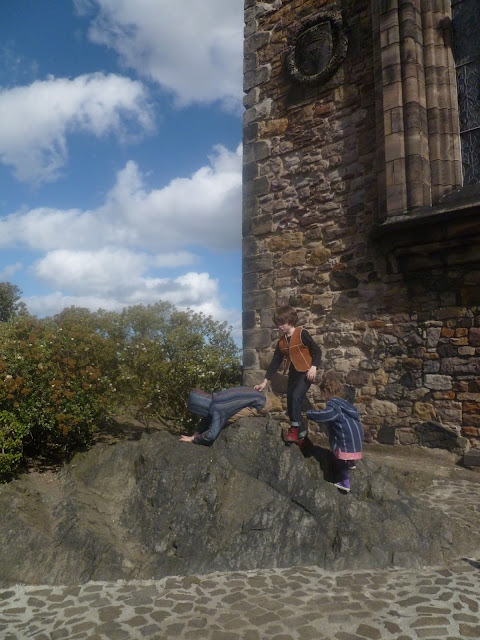 The views of Edinburgh from the castle are magnificent. 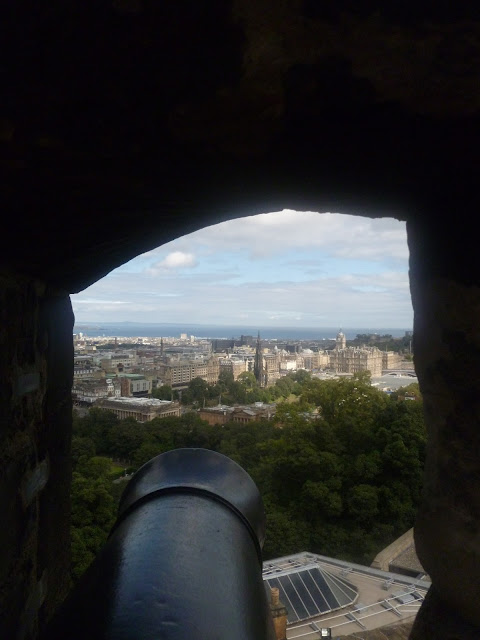 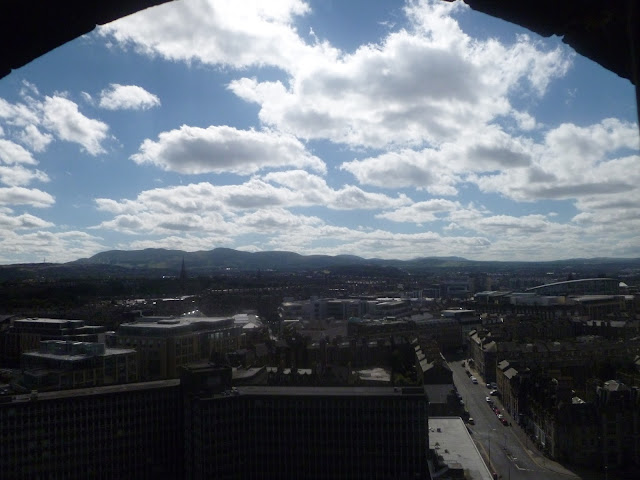 After leaving the castle, we walked down the Royal Mile. We passed the Tron Kirk, once a proper church, now some type of music centre. I remembered sitting on the cold stone steps there years ago while waiting for a friend and undergoing the interesting experience of a tourist passing by and handing me money, clearly under the assumption that I was begging!  It could have been my tie-dyed dress and the hand-me-down Doc Martens, or maybe I just looked pitiful.

The kids were entranced by the busking acts all over the Royal Mile.  September is Edinburgh's quiet month, post-Festival and pre-university, but we saw quite a few street performers. 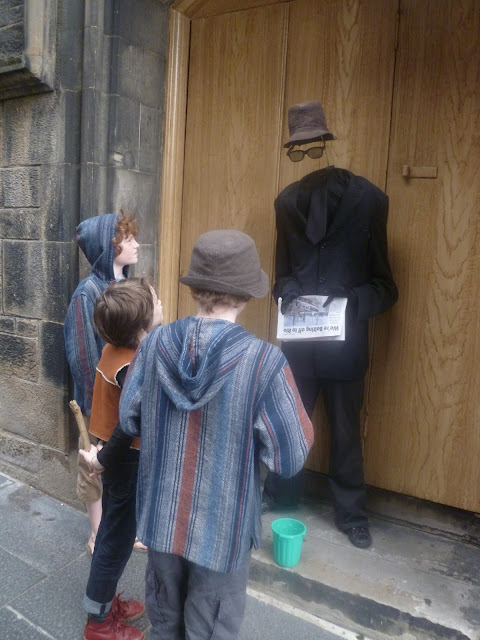 Coo appreciated the more traditional bagpiper, and did a fetching little dance right in the middle of the cobbled street, not long after this photo was taken. 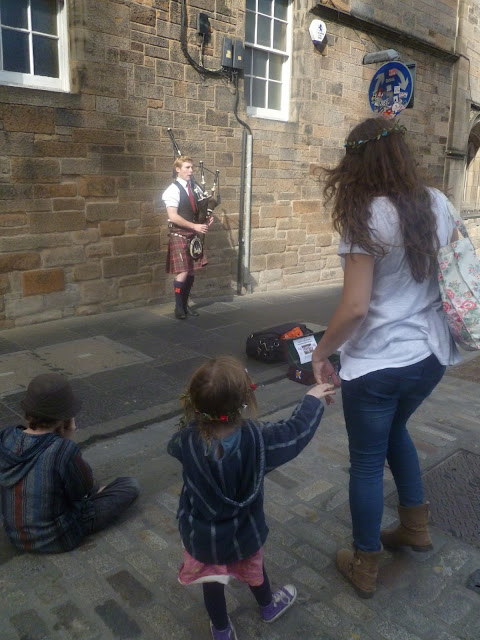 The boys' favourite was "He who is red", a visual illusionist. 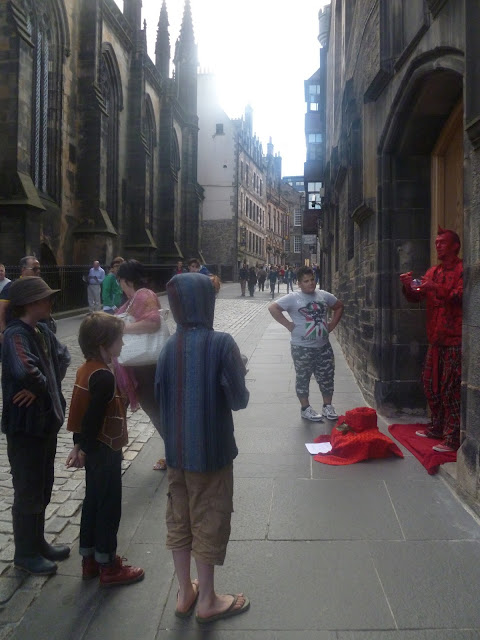 We watched a street performer play a tune with a saw, using a violin bow [yes, indeed], and later viewed the same multi-talented guy juggle whilst balancing a pole in his mouth.  Then he swallowed a real sword.  [No, Mr J.  N-O!]

We walked around inside St Giles' Cathedral, where we saw a statue of Presbyterian reformer John Knox, and viewed the site of his grave in the churchyard-turned-carpark.  Mr J had read about him this year and was interested in seeing these historical spots. 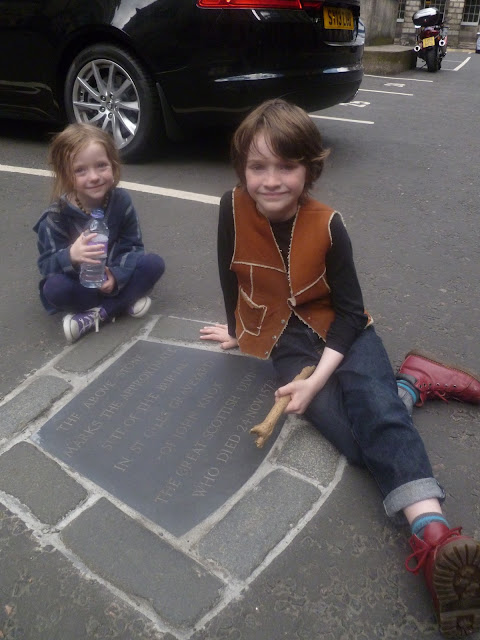 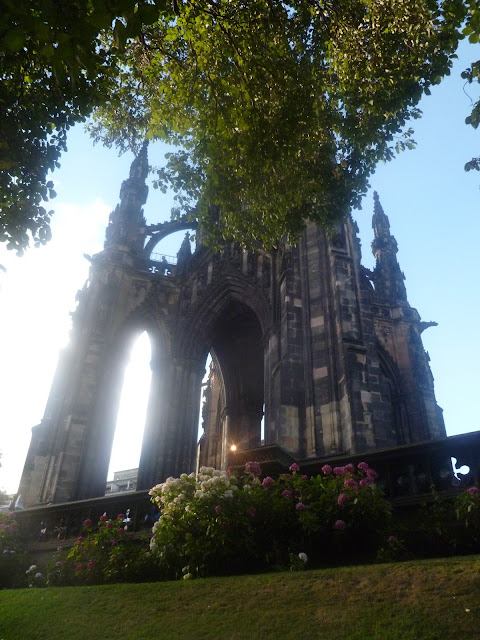 We finished the day sitting in Prince's Street Gardens while waiting for our train.  Above is the Scott Monument. We didn't have time to climb it on this trip, though we've done so plenty of times before --all two hundred and eighty-seven steps.
Posted by Erin at 12:48 am